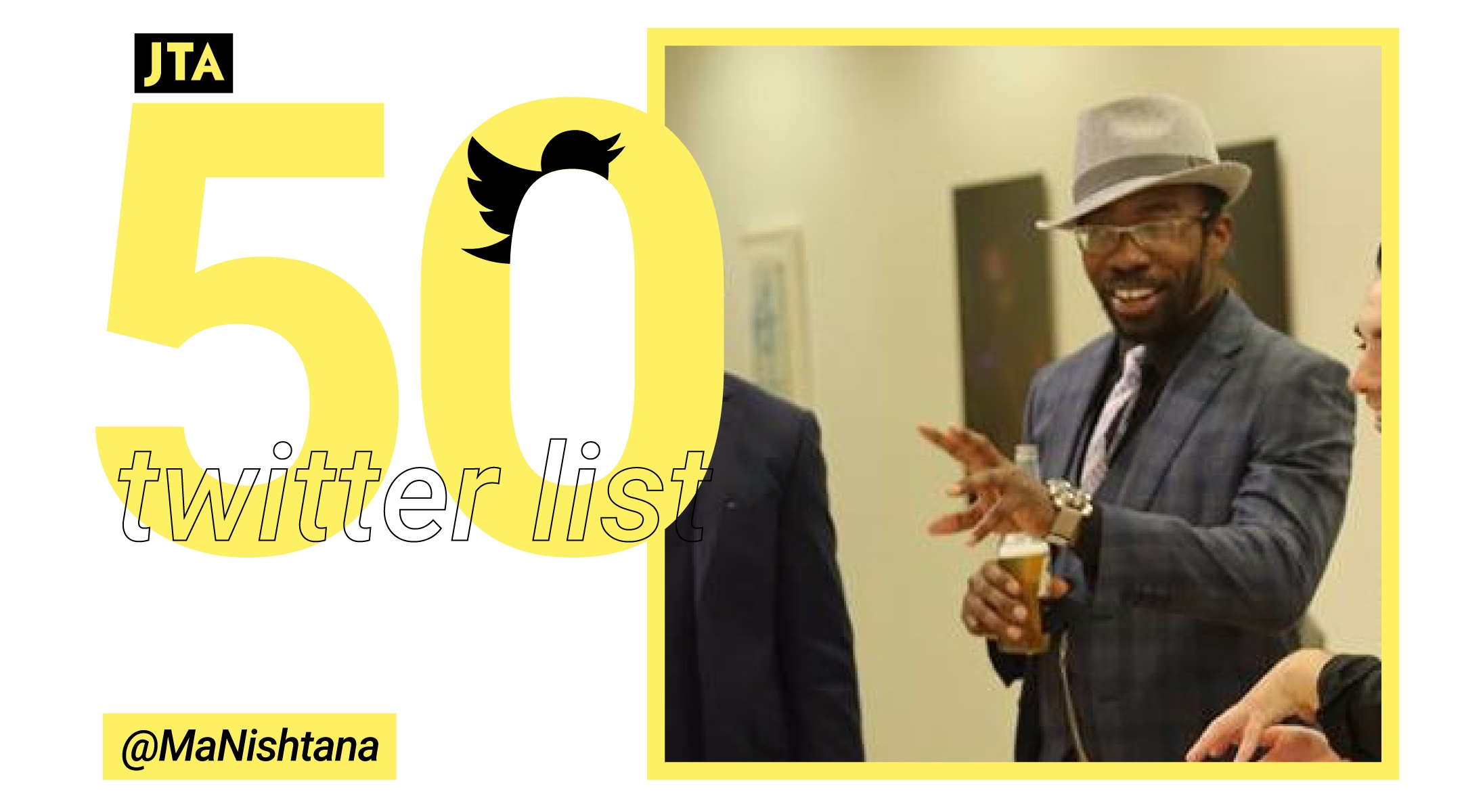 “Black. Jewish. Orthodox. Born this way,” reads MaNishtana’s Twitter bio. Those following the African-American rabbi’s feed can expect to see plenty of discussions about his various identities and how they intersect.

The writer and activist, whose real name is Shais Rishon but who goes by the pen name MaNishtana (a Hebrew phrase that shows up in your Passover Haggadah), isn’t afraid to call out racism in the Jewish community when he sees it.

"Safe countries" are very much NOT colorblind (or even "safe") if you're the wrong color. (2/2)

With the recent publication of a semi-autobiographical novel, which chronicles the experience of a 20-something black rabbi navigating the Jewish community, MaNishtana also hopes that Jewish literature can reflect the experiences of Jews of color — not only white Jews like Bellow and Roth.

MaNishtana, who also works as content manager at Bend the Arc: Jewish Action (a progressive political advocacy organization), frequently chimes in on current Jewish issues. Recently he wrote a series of tweets that aimed to contextualize the presence of Nation of Islam leader and notorious anti-Semite Louis Farrakhan at Aretha Franklin’s funeral. While acknowledging that Farrakhan has made anti-Semitic statements, MaNishtana argued that some well-respected rabbis and Torah commentators have held equally racist views — but that does not mean all their opinions should be discounted.

But let's play this game where you apply that same lens to Judaism. That would mean that Rashi, Rambam, Me'am Loez, Avigdor Miller and prolly a ton of others should never be "invited" as sources to any shiur ever. 3/x

Because they all said some pretty horrific anti-Black things about race. But, when they're *not* talking about race, they have otherwise provided very cogent and useful purpose and guidance. Lehavdil, Farrakhan. 4/4

He also tweets frequently to express his progressive political views.

And like any Jewish parent, MaNishtana loves kvelling about his child.

Guys. My kid fasted all day today. With no expectation or promoting. She's not even 5 yet. I have successfully molded a super Jew. 😂😂🤣