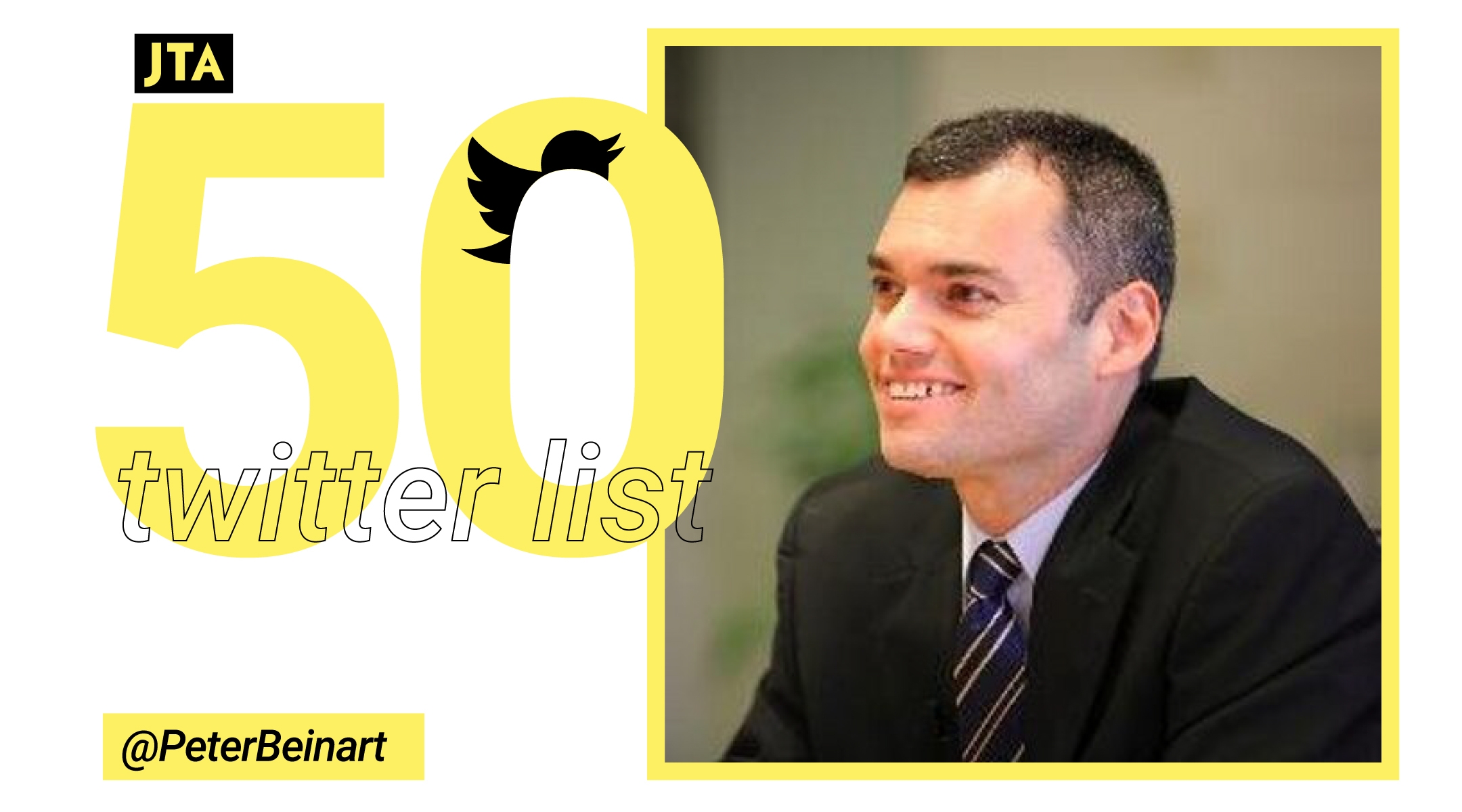 For those looking for smart, thorough, at times provocative takes on issues affecting Jews in the U.S. and Israel through a liberal lens, Peter Beinart’s Twitter feed is required reading. The former New Republic editor, current Forward columnist and contributing editor for The Atlantic is an authoritative voice in the field, and his Twitter feed spans the Jewish cultural spectrum. A recent sampling includes commentary on Israel’s controversial nation-state law, the Austrian plan to require Jews to register to buy kosher meat and the Birthright trip walkouts.

Although consistently liberal, Beinart is not predictable.

Many American Jews think that Palestinians who hate Hamas (LGBT, feminists, religious dissenters, political opponents) absolve Israel of blame for Gaza's suffering. If there are such Palestinians, I'd love to hear from them. But I've never met any.

Still, don’t expect much support for Israeli Prime Minister Benjamin Netanyahu and his supporters here. Upon reading the story of a prominent American philanthropist who was aggressively questioned at Israel’s only major airport, Beinart noted simply: “While you’re at it, think about what passing through Ben Gurion is like for Palestinians.”

while you're at it, think about what passing through Ben Gurion is like for Palestinians https://t.co/fTZwfkVc5a