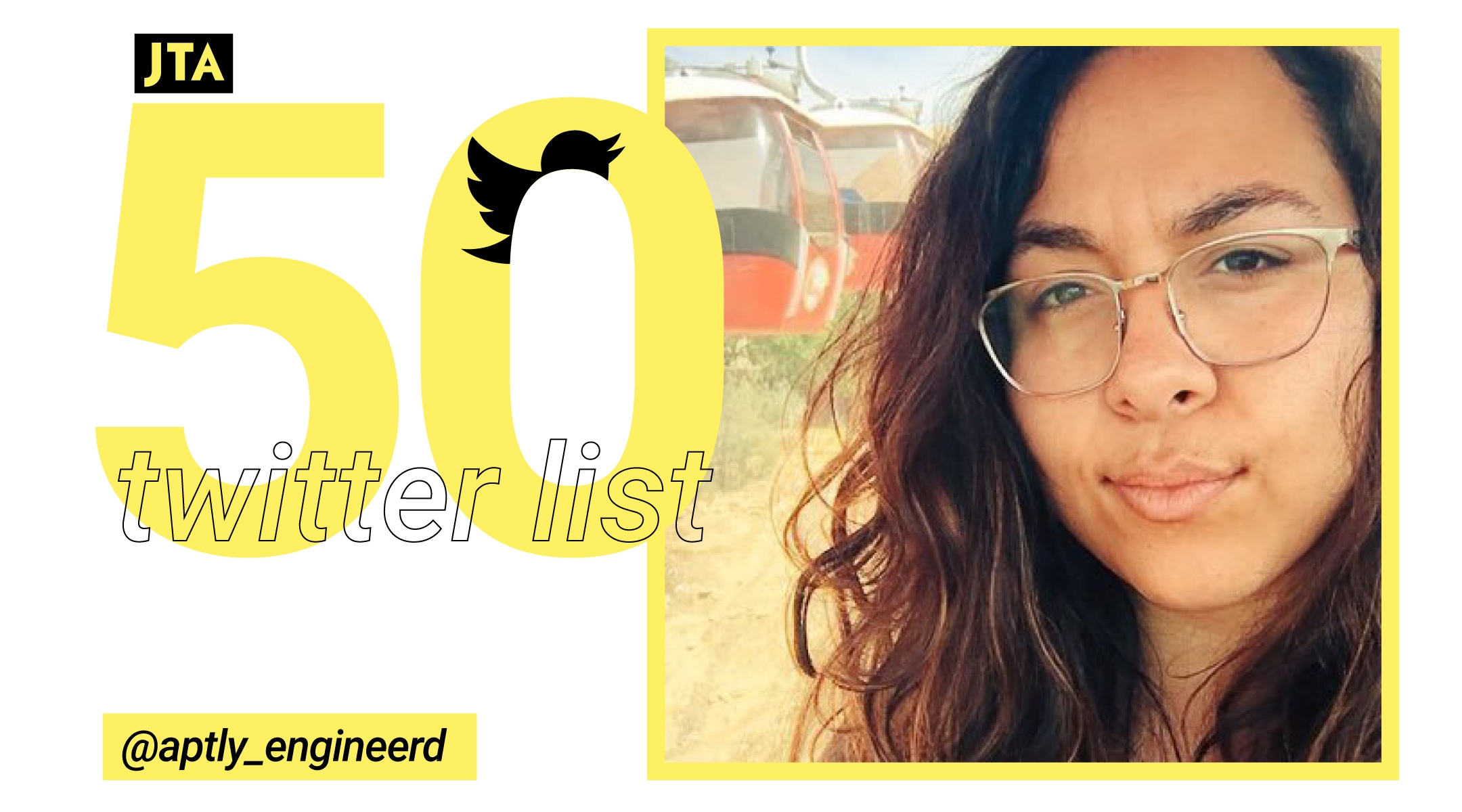 As a documentary filmmaker, Pierce’s work focuses on racial justice and the refugee crisis in Israel. As an outspoken activist and core member of the Jews of Color and Sephardi/Mizrahi (JOCSM) Caucus, she uses her platform on Twitter to expose the plight of Jews of Color (JOC) in an “ashkenormative” world.

It’s true the Jewish community is diverse and Black folks are part of it. We absolutely need to fight the image of Jews as solely white or Ashkenazi. But this isn’t just something that’s being projected from outside. Our own insitutions can be Ashkenormative & white supremacist

Pierce continually calls for Jews of color to be elevated and included in the larger Jewish community, often stating how black Jews like herself are left feeling “invisible.” Whether it’s commenting on a Jay-Z lyric or Paul Ryan’s newfound Jewish DNA, Pierce makes the case that Jews of Color should be the ones to define their own Jewishness and speak to the issues that affect them most.

Amazing how Paul Ryan can just declare himself Jewish with a DNA test, while Jewish people of color (both by heritage and by choice) have to fight tooth and nail for recognition in our communities every day

She’s very critical of Israel, referring to it as an apartheid state and offering scathing Twitter commentary on Prime Minister Benjamin Netanyahu. She’s also critical of those who use her condemnation of Israeli policy as a means to question her own Jewishness.

A lot of Black Jewish folk I know have criticisms of Israel and Zionism that they don’t let on because the price of that is having your Jewishness taken from you. It’s sad this perspective never gets heard when a big flaw in Jewish Palestine solidarity is white dominance

Reading through Pierce’s Twitter feed, you’ll find plenty of fiery threads and passionate pleas for people to better understand the issues that Jews of color face today from both inside and outside the Jewish community. But don’t worry, you’ll also find plenty of humor — she is Jewish, after all.