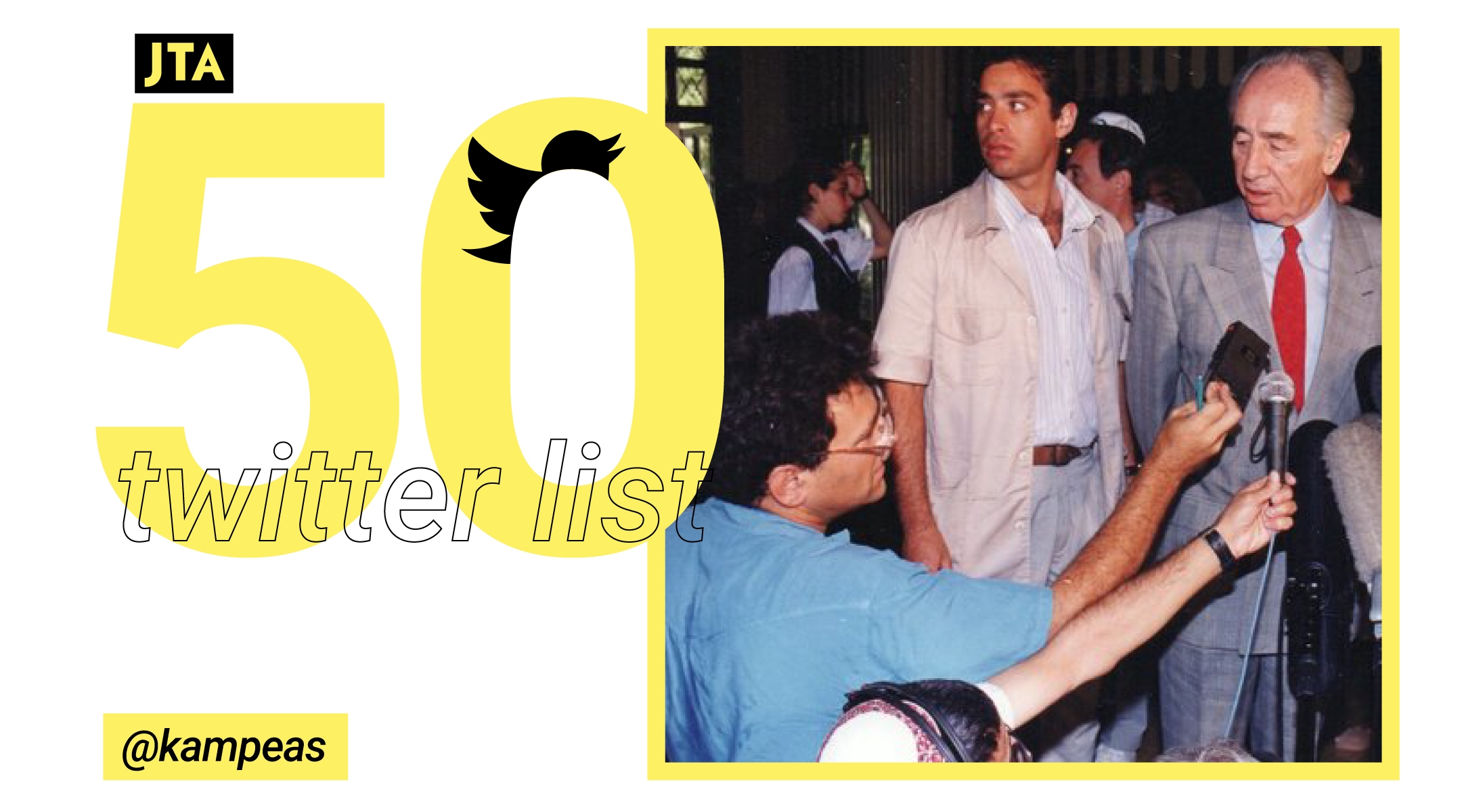 As the Jewish Telegraphic Agency’s Washington Bureau chief, Ron Kampeas is one of the most trusted voices reporting on American policy vis-à-vis Israel and relations between the two states. He knows as much as any journalist about the American Jewish community — its institutions, its leadership, the nuanced ways in which policy positions and messaging differ between groups.

Kampeas also has a unique, entertaining eye for the humor and absurdity of modern politics that makes his Twitter feed stand out. For example, when Nikki Haley announced last October that she was resigning as the U.S. ambassador to the United Nations, Kampeas — calling himself an “AIPACologist” — told followers what was boilerplate and what was significant about the Israel lobby’s reaction:

AIPACologists like myself will explain to you that the key word here is "consistently" https://t.co/sVUIdxkd7S

When the president tweeted that those protesting the Supreme Court nomination of Brett Kavanaugh were “professionals” who were “paid for by Soros and others,” Kampeas provided this insightful thread on when invoking Soros’ name is an anti-Semitic dog whistle and when it’s not necessarily:

On "Soros-funded" and/or "Adelson-funded," and anti-Semitic intent, my pre-Shabbat thoughts. There is (as in lots of these questions) a right, a wrong and a big area in between that requires further analysis and a gut check. First: Right… 1/x

And when talk show host Chuck Woolery, an outspoken conservative, took issue with the “pomp and ceremony” of John McCain’s funeral, tweeting “Even Jesus, our savior, had a simple Funeral,” Kampeas quipped, “Simple funeral, maybe. The yahrzeit seems to have gotten out of hand, though.” (Get it? Easter.)