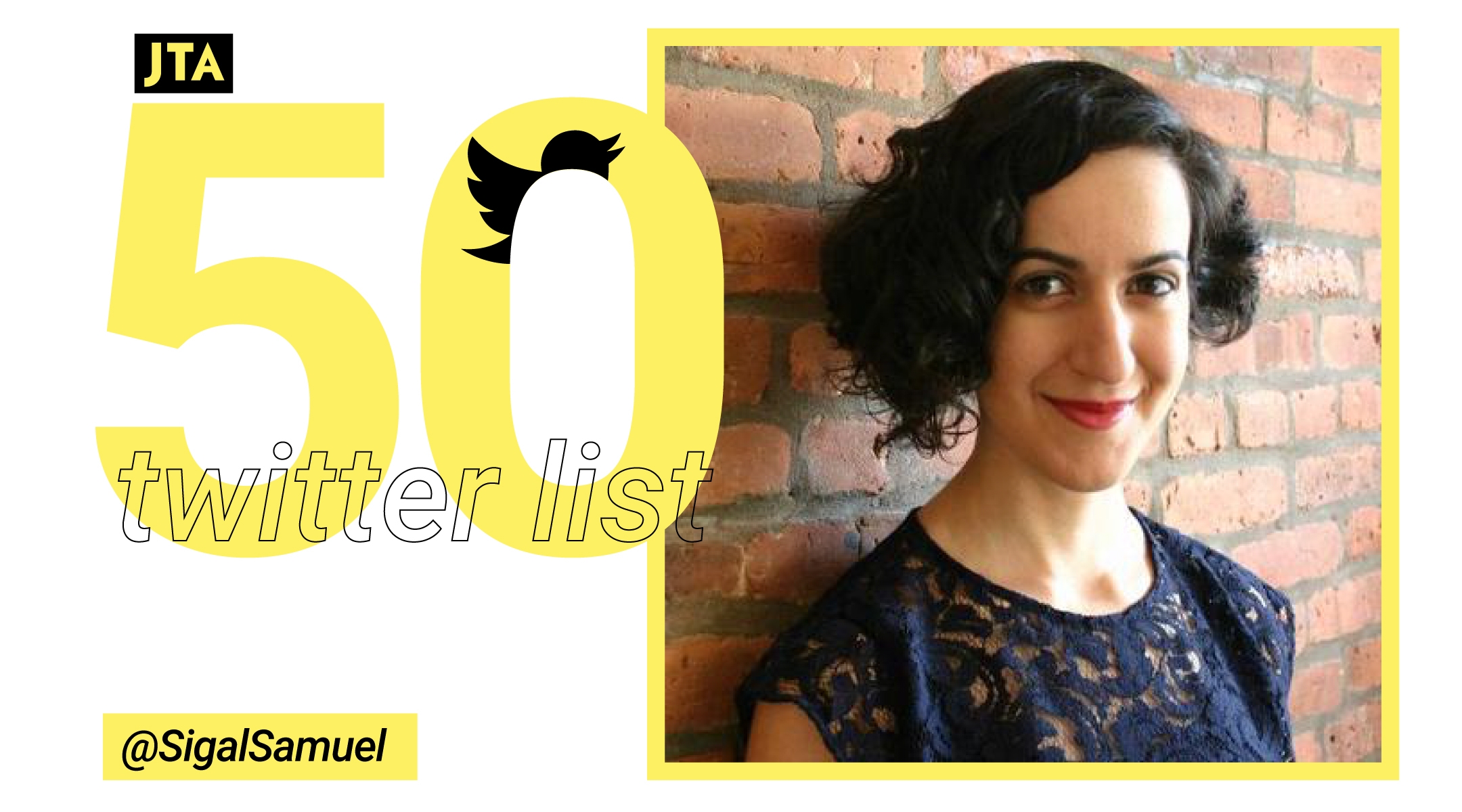 Sigal Samuel’s beat as an associate editor at The Atlantic covering religion and global affairs is not exclusively Jewish. She has reported and edited pieces on topics such as China’s troubling policies toward Muslims and the Catholic church’s abuse problem.

But Jewish stories obviously often fall under the religion and global affairs umbrella, and Samuel has an eye for catching some of the more interesting Jewish stories — and those that should be of interest to Jews. It’s a knack she developed as a former opinion editor at the Forward.

Why does Trump want to give his Israel speech at a place famous for a Jewish mass suicide? My latest @TheAtlantic: https://t.co/lMKQGjXW4p

Most British Jews voted for the Labour Party for most of the 20th century. Now that party is mired in anti-Semitism scandals. How did it get this way? @YasmeenSerhan reports https://t.co/uLKhuwm93m

This business about philo-Semitism as the handmaiden of Islamophobia is really interesting. "The far right has come to redefine Jews as fellow Europeans and exemplary victims of the threat from Islam" — it pits Jews and Muslims against one another

Even when she’s not working on a Jewish story at The Atlantic, she frequently tweets on a range of topics. She’s also a bit of a Kabbalah expert, as shown in her well-reviewed novel “The Mystics of Mile End,” about a Jewish family living in Montreal.

Love the phrase "For the Zohar kept me a Jew." Also, who dips a printing press in a mikvah? Before printing each volume?! SO CUTE. pic.twitter.com/uWkW6gQYSD