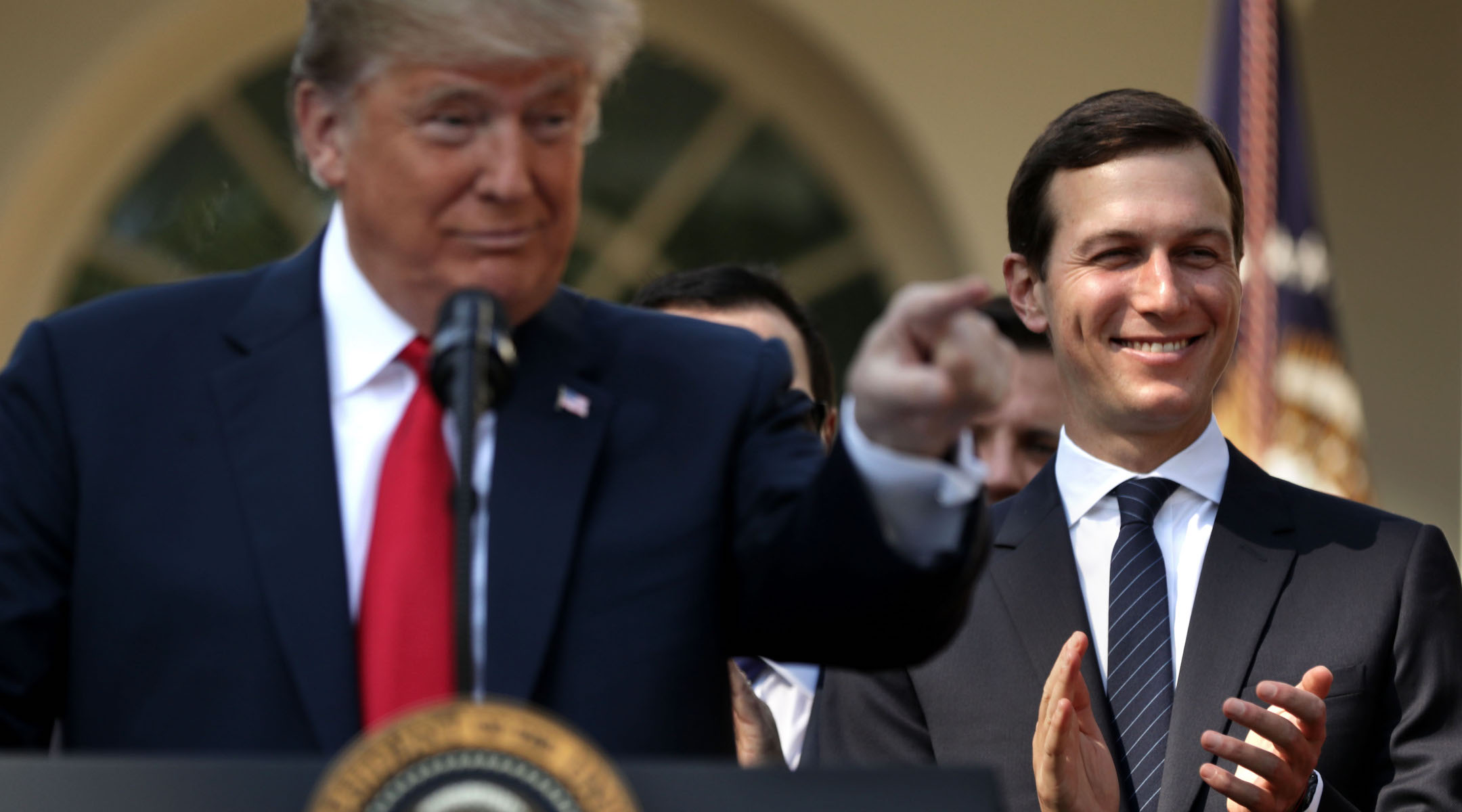 WASHINGTON (JTA) — Who says President Donald Trump isn’t a uniter? Just in time for the holiday season, he handed bipartisan comity two gifts: a criminal justice reform bill and a pullout of 2,000 U.S. troops from Syria.

Of course, there’s a key distinction: Trump heeded key advisers on criminal justice reform and his voice helped precipitate a groundswell of bipartisan support for the legislation, which Trump signed Friday; Trump bucked key advisers on Syria, and his decision shocked Republicans and Democrats into agreement that it’s a terrible idea.

The key adviser Trump heeded on criminal justice reform was his Jewish son-in-law Jared Kushner, who has been an activist on the issue ever since his father, Charles Kushner, served a term for fraud and tax evasion. The bill, which eases mandatory prison sentences, expands allowances for good behavior and expands programs to address recidivism, sailed through the Senate and the House and was on its way to Trump’s desk when this was written. It affects only federal prisoners.

After Trump was elected, Kushner and his wife, Ivanka, were touted by their friends as the onetime liberal Democrats who would steer dad to the center. That reputation disintegrated after Trump ignored their (reported) pleas on immigration, LGBTQ rights and shucking off the far right.

But score one for Kushner in the yes-he-has-influence column: Sen. Dick Durbin, D-Ill., the second-ranked Democrat in the Senate, said Kushner was the reason why a bill passed that President Barack Obama could not get through. “A breakthrough I’d never expect — the election of Donald Trump as president,” Durbin told NBC. “What does that have to do with this? He brought his son-in-law to town.”

On board was Kushner’s fellow New Yorker, Sen. Chuck Schumer, D-Calif. “The bill makes smart changes to our criminal justice system to make it fairer, more humane, more just,” he said on Twitter on Dec. 18, ahead of the Senate vote.

Anthony Romero, the American Civil Liberties Union director, praised Kushner for being “dogged” and “tenacious.” “It’s lovely to have a rapport on an issue you can agree with,” Romero told The Associated Press.

Administration officials have been hinting that Kushner’s long delayed Middle East proposal is on its way. Maybe he can make it a twofer?