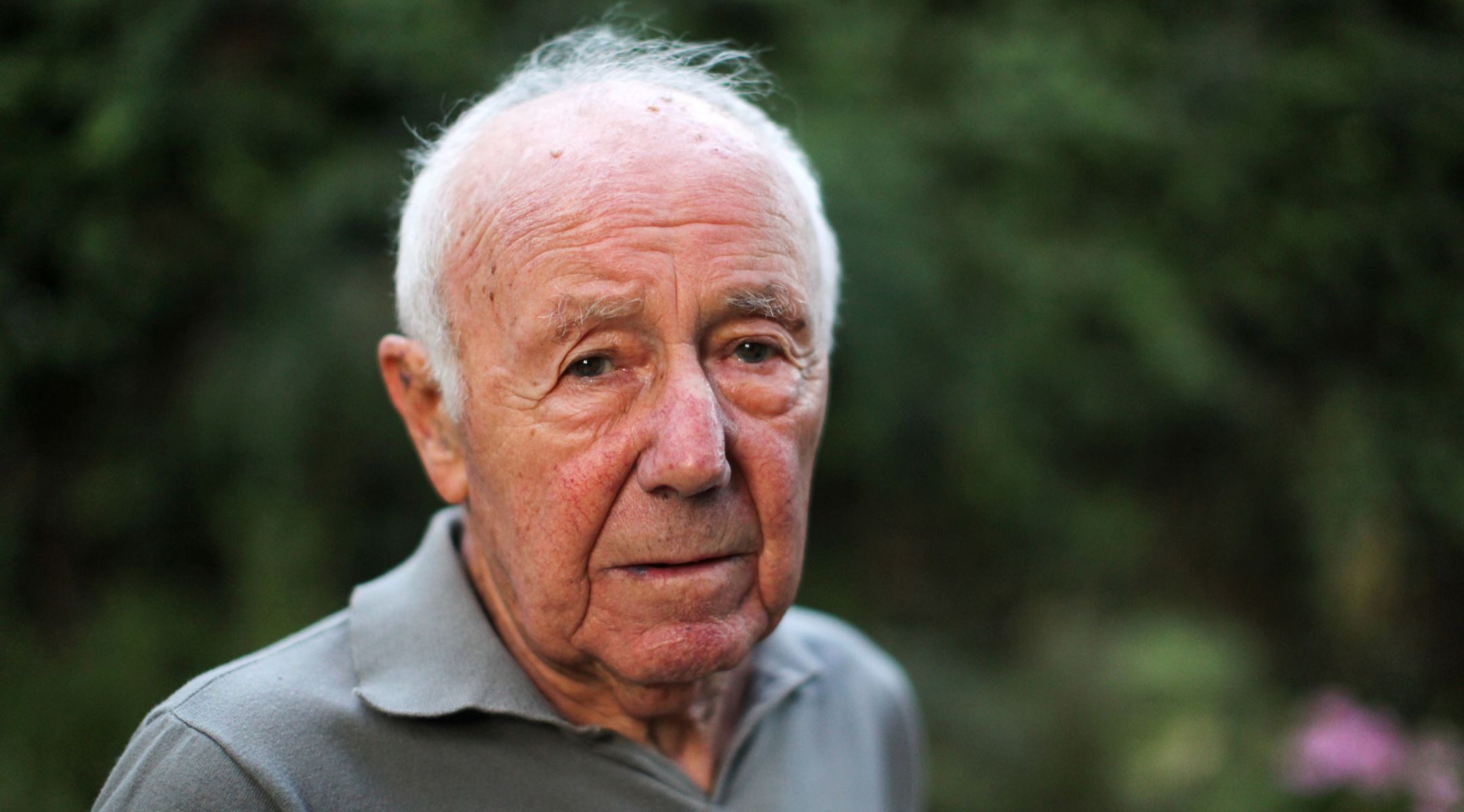 Simcha Rotem, the last known surviving Jewish fighter from the Warsaw Ghetto Uprising of 1943, outside his home in Jerusalem July 23, 2011. (Flash90)
Advertisement

Rotem, known as Kazik, died on Saturday in Jerusalem at the age of 94.

“This is the loss of a special figure, because “Kazik” was a real warrior in the full sense of the word,” said Yad Vashem Chairman Avner Shalev in a statement. “He was a courageous and resourceful young fighter. Kazik was not a political figure but a man who fought for the memory of the Holocaust in its purest form and did so as member of the Commission for the Designation of the Righteous Among the Nations. Today, we lost a very important voice. Our challenge remains to continue to imbue the memory of the Shoah with meaning and relevance in the absence of exemplary figures like Kazik. ”

Rotem was born in Warsaw in 1924 as Kazik Ratajzer and joined the Zionist youth movement Hanoar Hazioni at the age of 12.

In September 1939, Rotem’s brother, Israel, and five other members of his family were killed when the Germans bombed his home, destroying it, according to Yad Vashem.

By 1942 he was a member of the Jewish Fighting Organization and during the Warsaw Ghetto Uprising fought and served as a liaison between the bunkers in the ghetto and the Aryan side of the city. At the conclusion of the uprising, Rotem led the last fighters from the ghetto through the sewers, saving their lives. He kept them in hiding in the forest and in various apartments until the end of the war.

In 1946, he immigrated to Mandatory Palestine and was imprisoned by the British in the Atlit detention camp. Once in Israel, he joined the Haganah, the precursor to the Israel Defense Forces and fought in the War of Independence.

He was an active speaker and member of the Yad Vashem committee that selects the Righteous Among the Nations, honoring non-Jews who risked their lives to save Jews during the Holocaust.

Rotem was honored in Poland in 2013 with the Grand Cross of the Order of Polonia Restituta, one of the country’s highest honors, for his actions during World War II.

Israeli President Reuven Rivlin said in a tribute to Rotem: “When he immigrated to Israel after the war, Kozik established a home and a family and served the country in a range of positions that he could only have dreamed of when he sat, head in his hands, desperate and terrified in the ruins of the ghetto. The man who thought he was the last Jew in the ghetto and in all of Warsaw, became the last living fighter of the Warsaw Ghetto uprising.”

Rivlin continued: “When asked about the message he would want to pass on to Israeli youth, he answered: ‘To be a human being. We are animals on two legs. No more than that – that’s what I think, that’s what I feel. But amongst us animals, the two-legged ones, there are some who are also human beings, and who deserve the name.’

Education Minister Naftali Bennett called on Israeli schools on Sunday to teach about Rotem’s life and heroism in his memory.

He is survived by two children and five grandchildren.