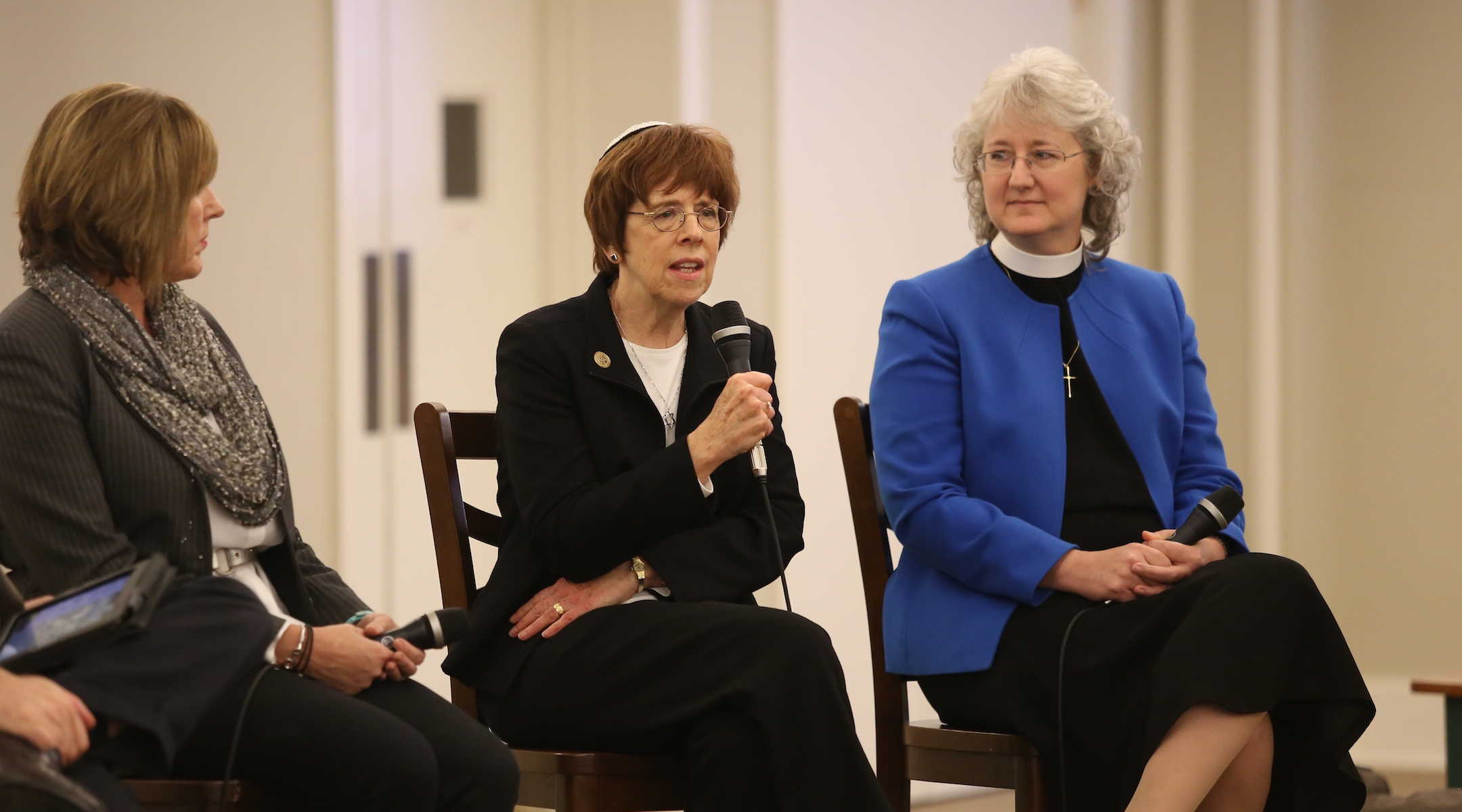 Rabbi Lynne Goldsmith, center, retired as rabbi of Temple Emanu-El in Dothan, Ala., in 2017, speaks on a local interfaith panel in 2014. (Bob Howard/The Village Square/Flickr)
Advertisement

(JTA) — Seven years ago, Lisa and Kenny Priddle left New York to help build up the Jewish community of the small Alabama town of Dothan.

They were attracted by the idea of shoring up the Jewish community in the South and also by the offer of a $50,000 grant from local millionaire hotelier Larry Blumberg if they remained in the town and active in the local Reform synagogue for at least five years.

But, as they told The Washington Post in an article published on Wednesday, they have had it and want to return to New York.

It’s not only that they have barely gotten to know their young grandchildren who live back east, but also that it is just really hard to live as a Jew in a small-town southern community.

The article reported about the anti-Semitism, both overt and covert, that they have experienced in the South, and the ignorance about Jewish people there as well.

They are heavily involved in the local 65-family Reform synagogue and, frankly, burned out by the demands on their time and creative energy to keep it going.

The article notes that seven of the 11 families that have taken Blumberg up on his offer have left Dothan, and that the Priddles could very well be the eighth. The synagogue’s last full-time rabbi, Lynne Goldsmith, retired in 2017.

Five years ago, JTA attempted to assess the success of the Dothan project, six years after the program had been launched. Our coverage noted that the program had attracted six families in those six years, including what must have been the Priddles.

At the time, we asked Rob Goldsmith, the executive director of Blumberg Family Jewish Community Services of Dothan, which provided the grants, if that felt like success. Goldsmith — who is also Goldsmith’s husband — said the program had selected only the families it thought would enrich the community, and that the momentum felt by the new families coming in had succeeded in reinvigorating the congregation and the Jewish community.

Blumberg told the Post that he would pay for six more Jewish families to make Dothan their home.

But those new couples probably won’t meet the Priddles. According to the Post article, the couples’ minds seems to be made up.