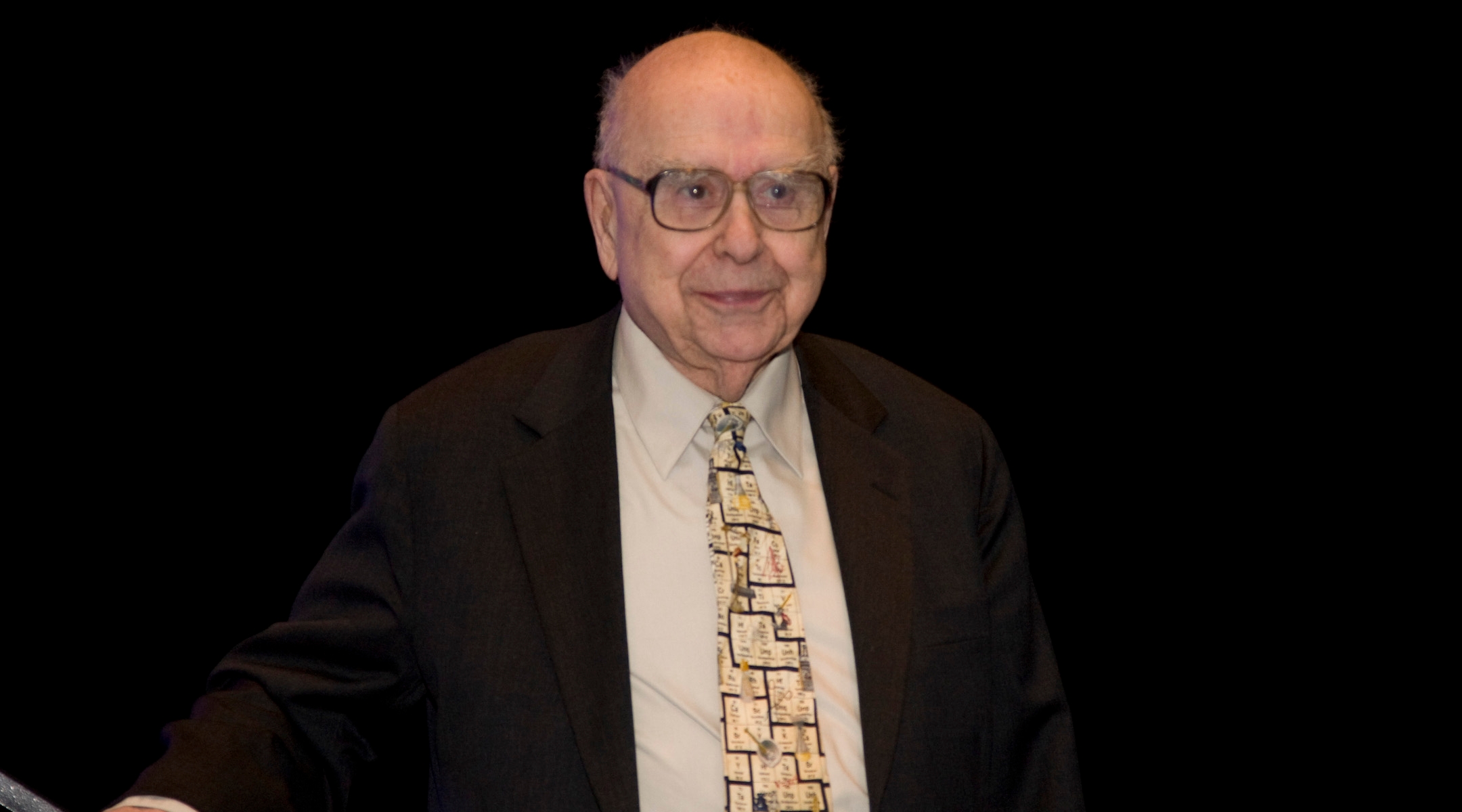 Alfred Bader was a a chemist and businessman whose philanthropy supported Jewish and other causes. (Roy Engelbrecht/Science History Institute/Wikimedia Commons)
Advertisement

(JTA) — Alfred Bader, a refugee who escaped Nazi-occupied Vienna as a young teen in 1938, and later became a chemist, businessman,  philanthropist for Jewish and other causes, and an influential art collector, has died.

Bader’s charitable giving established a legacy for Jewish education in Milwaukee, including for its day schools.

Bader and his family foundation donated millions of dollars to social, medical and cultural institutions in Milwaukee, along with Queen’s University in Ontario, Canada — his alma mater — and institutions in Great Britain and Israel, where his foundation funds research, treatment and care-giving innovations for people with Alzheimer’s disease.

Bader was born in 1924 in Vienna, the son of a Jewish father and a Catholic mother, from an aristocratic Hungarian family. After his father died when he was 2 weeks old, he was adopted by his father’s sister and raised as a Jew. He later converted to Judaism, according to the Journal Sentinel.

At 14, he escaped via the Kindertransport to England. In 1940, he was among other war refugees deported to Canada.There he was held for nearly two years at a detention center before he was taken in by Martin Wolff, a Jewish railway engineer in Montreal and a historian of Canadian Jewish life. Wolff welcomed Bader as part of his family and encouraged him to complete his education. Bader’s aunt died at the Nazi concentration camp at Theresienstadt.

Facing discrimination against Jews in higher education, Bader eventually was accepted at Queen’s University and earned dual degrees in chemistry and history. In 1950, on a scholarship, Bader completed his doctorate in organic chemistry at Harvard.

A year later, while working as a researcher for Pittsburgh Plate Glass company at their plant in Milwaukee, he co-founded Aldrich Chemical company. It filled a void for researchers who needed a consistent source for hard-to-find, high quality chemical compounds. From the niche market, he built that company and several others into some of the world’s largest, according to industry publications.

The Jewish Federation of Milwaukee oversees the Helen Bader Scholarship Fund, which provides $500,000 annually to families to expand accessibility for children to attend area day schools, according to the Bader Philanthropy website.

The scholarship, which has donated more than $7.5 million since 1992, also established a $10 million day school endowment.

The fund is named for Bader’s first wife, a convert to Judaism, according to Bader’s obituary in the Milwaukee Journal Sentinel. The couple had two sons before divorcing in 1981. Bader then married Isabel Overton, his first love, who he met in 1949 and with whom he has pursued philanthropic giving.

In 2009, Bader Philanthropies began supporting Israeli social service organizations and researchers to tackle issues of aging, with a focus on the Jewish state’s diverse cultural population, according to the philanthropy website. Among the programs it supports are a collaboration with the University of Wisconsin-Milwaukee and programs at Israel’s Melabev-Community Clubs for the Elderly.

The scope of Bader’s philanthropy reflects his lifelong array of interests in science, history and art — subjects he mastered against the odds of the upheaval and challenges of his early life, which he and others have said inspired him to do good and leave a mark.

“He had an incredible life,” his son Daniel, who oversees Bader Philanthropies, told the Journal Sentinel. “He built an incredible dynasty with his business accomplishments. He has a legacy in three different areas — in art, chemistry and philanthropy.”

His lifelong devotion to collecting led him from an early interest in stamps to a keen eye and passion for art, notably 17th- century Dutch masters, including Rembrandt. Over decades, the Baders donated hundreds of artworks, including their enviable private collection of Dutch and Flemish Baroque art to the Agnes Etherington Art Centre at Queen’s University, considered a transformative gift to the museum.

The Baders also funded the Isabel Bader Centre for the Performing Arts, which opened in 2014, and donated a 15th-century castle in England to Queen’s University that serves as the school’s international learning center.

Bader, who wrote two autobiographies, is survived by his wife, two sons and seven grandchildren.