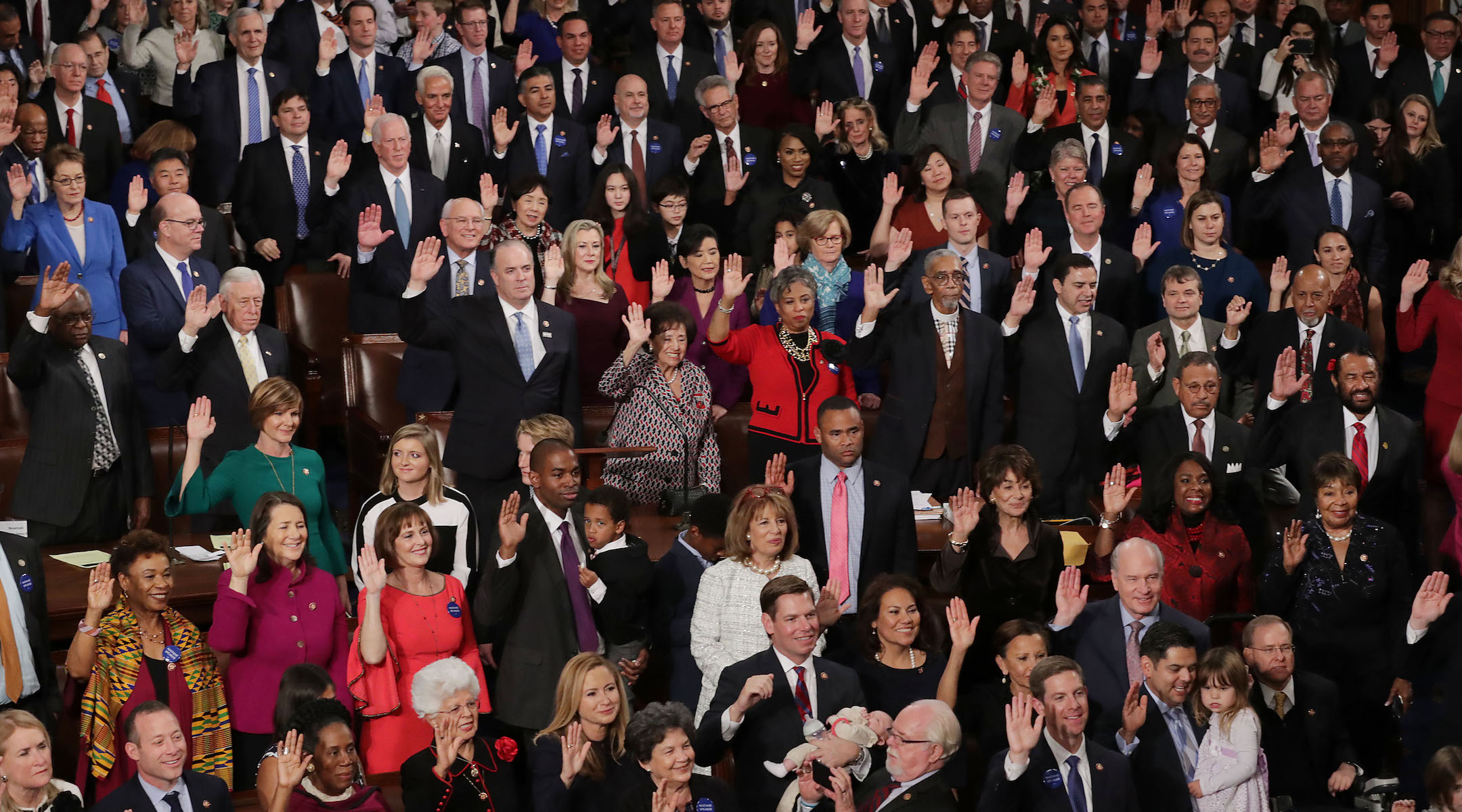 New members of the House of Representatives being sworn in during the first session of the 116th Congress at the U.S. Capitol, Jan. 3, 2019. (Chip Somodevilla/Getty Images)
Advertisement

(JTA) — More than 6 percent of the new Congress is Jewish, with 34 Jews among the total of 535 lawmakers in the U.S. House of Representatives and Senate.

Jews make up 2 percent of the U.S. population, so Congress as a whole is more than thrice as Jewish as the country in general, according to a new study by the Pew Research Center on religion in the new Congress, which was inaugurated Thursday.

The number is even larger in the Senate, where eight of the 100 members are Jewish. That’s 8 percent, for the math challenged.

This Congress has four more Jews than its predecessor, which had 30 Jewish members. But it’s far from the most Jewish Congress ever. That was the 1993 Congress, which boasted 51 Jews — nearly 10 percent of the total.

All of the Jews in the Senate are Democrats, as are all but two in the House. The Republican exceptions are Reps. Lee Zeldin and David Kustoff, from New York and Tennessee, respectively. They are the only non-Christian Republicans in the Congress, according to Pew.

Congress as a whole is overwhelmingly Christian — even more so than the country. Seventy-one percent of Americans identify as Christian, compared to 88 percent of Congress. Both Protestants and Catholics are overrepresented on Capitol Hill.

The most underrepresented group is unaffiliated Americans. Twenty-three percent of Americans don’t identify with a religion, but that’s true of just a sole member of Congress — new Arizona Sen. Kyrsten Sinema. Muslims, Buddhists, Hindus and Unitarians are also represented in Congress.