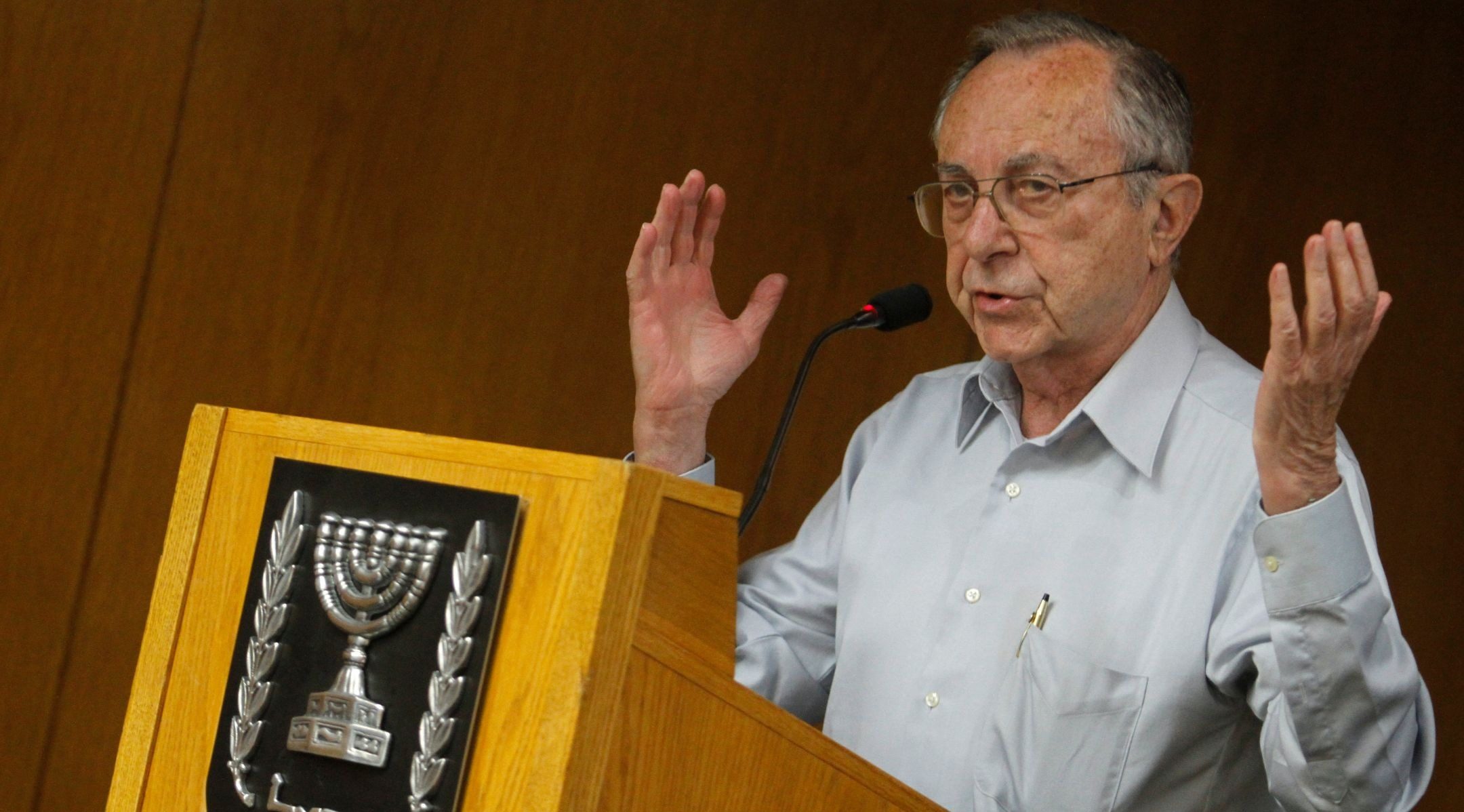 Arens, who first hired Benjamin Netanyahu and is credited with helping him get his start in politics, died Monday in his sleep at his home near Tel Aviv. He was 93.

Arens served as defense minister under prime ministers Menachem Begin, Yitzhak Shamir and Netanyahu, as well as as foreign minister.

“I loved you as a son loved his father,” Netanyahu said in a tribute on Monday. “There was no greater patriot. Moshe Arens’ great contribution to our people and our state will be remembered forever.”

“Misha was one of the most important ministers of defense the State of Israel ever had. He was not a commander or a general, but a devoted man of learning who toiled day and night for the security of Israel and its citizens,” Israel’s President Reuven Rivlin said in a statement on Monday.

The Israel Defense Forces in a statement said that Arens “led the shaping of the face of the Israeli defense establishment over the years,” noting that Arens “laid down important elements in the IDF’s building of strength, its power, and its technological renewal.”

“A man of vision, Moshe Arens succeeded in creating a long list of important, forward-looking changes in the defense establishment and the IDF that have enabled and still enable a more correct and adapted confrontation to the challenges of the present and the future,” the army said.

Prior to entering politics, Arens was deputy director general at Israel Aircraft Industries, where he oversaw major development projects, including the Kfir fighter jet project. Before that, from 1957 to 1962, he was a professor of aeronautics at The Technion.

Arens, a Lithuania native, immigrated to the United States with his family in 1939. During World War II he served in the U.S.  Army Corps of Engineers as a technical sergeant. Arens moved to Israel shortly after it declared independence in 1948 and joined the Zionist paramilitary organization the Irgun.

In his later years, Arens was a columnist for the left-wing Israeli daily newspaper Haaretz. He also was chairman of the International Board of Governors of Ariel University Center of Samaria.

Jewish Agency Chairman Isaac Herzog in a statement called Arens “a true leader with integrity, reason and eloquence who made great contributions to Israel’s security and global standing. Despite our differences, there was always mutual respect between us.”

He is survived by his wife, Muriel, four children and nine grandchildren.