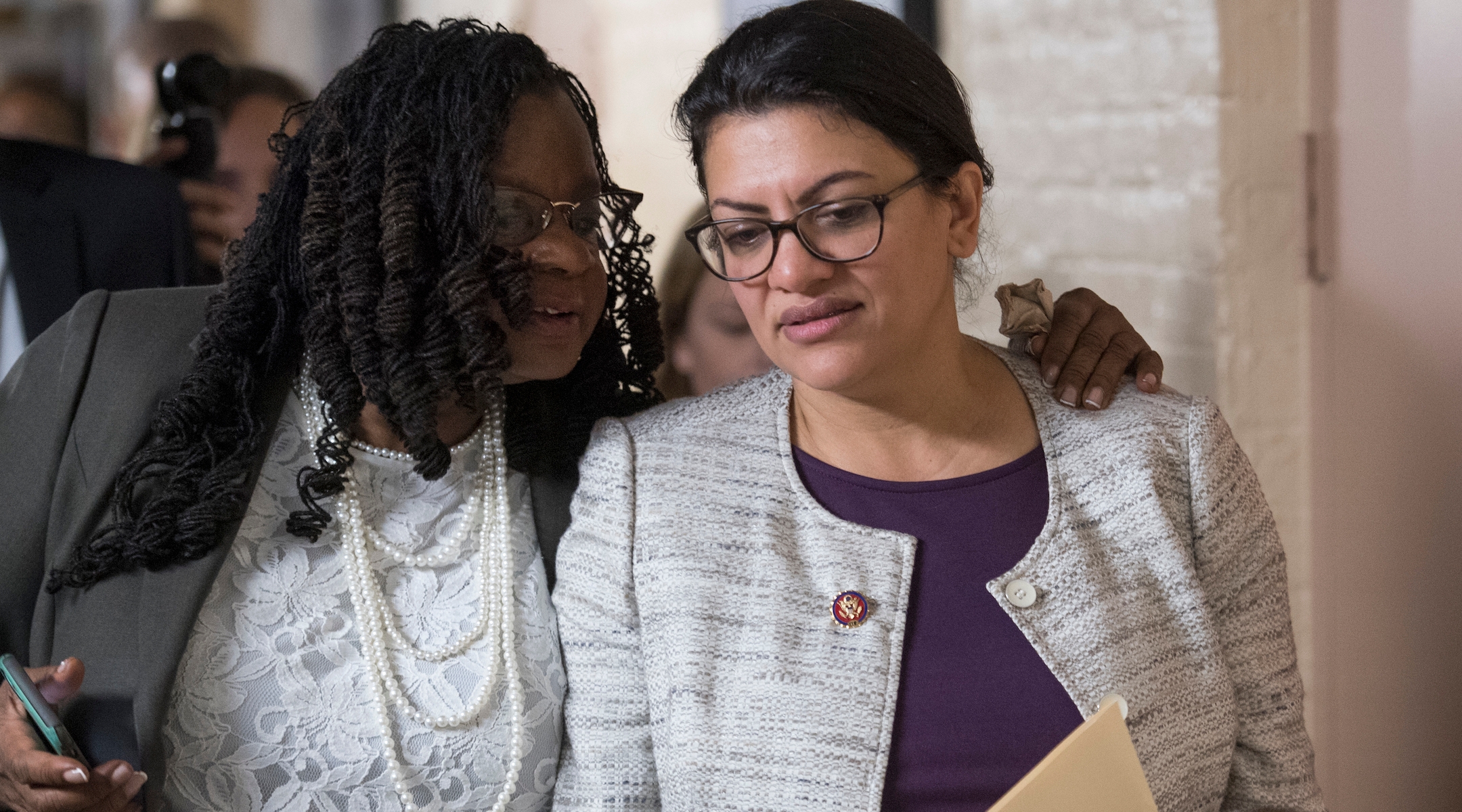 (JTA) — A great American Jewish jurist once argued against the idea of a “hyphenated American.” He said there was no place in America for immigrants and their children to hold on to differences based on “race or creed.”

“[T]o keep alive difference of origin or to classify men according to their religious beliefs are inconsistent with American ideas of brotherhood, and are disloyal,” he argued.

A few years later, a great American Zionist leader argued that there is nothing more American or patriotic than holding “multiple loyalties” — to God, to country, to your land of origin.

Of course, it was the same leader who said both things: Louis Brandeis, the Supreme Court justice and Zionist leader of the first half of the 20th century. Brandeis’ contradictory views on “dual loyalty” represent his own evolution (the first comment was in 1905, the second in 1915). But they also hit on a tension that American Jews still deal with more than 100 years later.

The Brandeisian notion that “multiple loyalties” make you a better American has guided and justified Jewish activism for Israel even before its founding in 1948. It’s based partly on Brandeis’ theoretical notion that loyalty itself is an admirable and fungible quality, like honesty or sobriety. And it assumes, as Brandeis did famously, that American values, Jewish values and Zionist values are fully aligned.

As Jeffrey Rosen explained in his biography of Brandeis, the jurist envisioned the Jewish state “as a secular, liberal democracy ruled by ethical values of equality and social justice, and not by Jewish law.”

Brandeis did not have the last word, of course, and in almost every decade since he defended the hyphen, the loyalty of Jews has been called into question — whether for their support of a Jewish state, for Jews being persecuted under the Nazis or for Jews trapped behind the Iron Curtain.

It’s not clear whether or not Rashida Tlaib knew or forgot this history in her tweet this week suggesting that backers of a series of pro-Israel bills “forgot what country they represent.” Jews quickly called her out, saying the new congresswoman from Michigan seemed to be leveling the despicable “dual loyalty” charge: that Israel’s supporters put its interests ahead of those of the United States. (Critics of the legislation, which would make it easier for states to legislate against those who back the Boycott Israel movement, say it violates the Constitution.)

When backers of the bill, like Sen. Marco Rubio, R-Fla., complained that the “dual loyalty canard is a typical anti-Semitic line,” Tlaib returned to Twitter to insist that she hadn’t directed her comments at Jews.

“Sen. Rubio, it’s clear my earlier tweet was critical of U.S. Senators like yourself, who are seeking to strip Americans of their Constitutional right to free speech,” she wrote.

That may be, but she is either uninformed or being disingenuous about the history of a phrase like “forgot what country they represent.” As the Anti-Defamation League pointed out, “Though the legislation discussed is sponsored by four non-Jewish Senators, any charge of dual loyalty has special sensitivity and resonance for Jews, particularly in an environment of rising anti-Semitism.”

Suggestions that the pro-Israel camp works against American interests is a staple of pro-Palestinian activism, given a scholarly veneer by Stephen Walt and John Mearsheimer in their 2007 book, “The Israel Lobby and U.S. Foreign Policy.” Pro-Palestinian media also track the ways that Jews are sensitive to the dual loyalty charge, and defend the right to criticize the pro-Israel lobby’s influence without being called anti-Semites.

My point being that even if she didn’t aim her tweet at Jews, Tlaib should have been aware of the toxicity of her formula and avoided it. Progressives, in making their case against President Trump, will note how he traffics in dog whistles — and say that whether or not he does so on purpose is beside the point. A dog whistle is a dog whistle. If Tlaib was unaware of the dual loyalty debate, which I doubt, she should at least acknowledge the ways that words like hers have been used against Jews and, yes, Palestinians and Muslims.

The American Jewish Committee tried to make that point in a tweet, but stumbled. Sharing a photograph of Tlaib embracing a fan wrapped in a Palestinian flag, AJC wrote, “Tell us more about dual loyalty, @RashidaTlaib.” Not helping! The point is not that if Jewish Americans are disloyal, so are Palestinian-Americans.

The point is this: It is not dual loyalty or unpatriotic for an American to love her homeland and lobby for its people. And Tlaib, of all people, should know that.

And then there were critics of Tlaib who were completely off base, like the foreign policy pundit who shared the AJC photo and complained that Tlaib, as a candidate for Congress, “covered herself in the flag of a foreign people, not the American people.” Again, no. Israeli flags hang in nearly every American synagogue — and I bet in not a few congressional offices. Tlaib’s support for the Palestinian cause is no more un-American than American Jewish support for Israelis.

Brandeis’ defense of what Rosen calls “the value of group differences for preserving American ideals” has benefited any ethnic or religious group that advocates for its causes overseas. It has allowed Irish Americans to back independence for Ireland and Cuban Americans to lobby over U.S. policy toward the island.

It also made it safe and fully American for Rashida Tlaib to be sworn in as a United States congresswoman wearing a thobe, a Palestinian embroidered dress. Anyone who celebrated that image should also celebrate the history and legacy of American diversity that owes no small credit to Brandeis, the Jews — and yes, Zionists.