ArtScroll prayer books have dominated in Orthodox synagogues for decades. Is that ending? 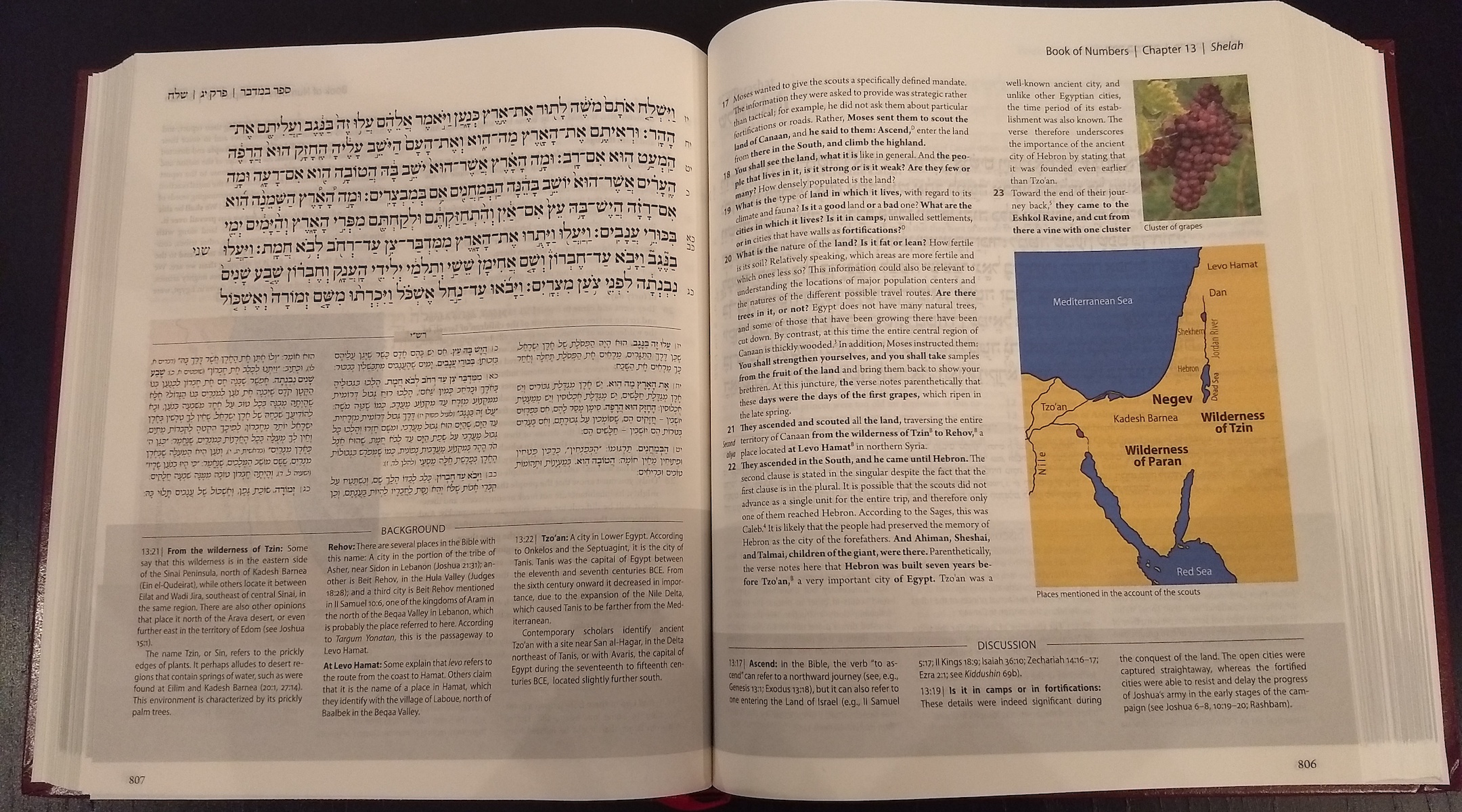 The Steinsaltz Humash includes a mix of translation and commentary, as well as illustrations, drawings, maps and photos. (Ben Sales)
Advertisement

The Brooklyn-based publisher of Jewish books put out the most widely used Orthodox prayer book, or siddur, as well as a popular text and translation of the Torah, or chumash.

But that dominance appears to be fading.

In 2009, Koren Publishers Jerusalem, an Israeli label, published a competing Hebrew-English prayer book with commentary by Jonathan Sacks, the former chief rabbi of the United Kingdom. Now another prayer book has entered the fray.

Since the 1980s, the Rabbinical Council of America, the umbrella group for Orthodox rabbis, had put its seal of approval on a version of the ArtScroll prayerbook. But the RCA has ended that partnership and in October released its own prayer book, called Siddur Avodat Halev, published through Koren. The printing of the ArtScroll-RCA siddur will mostly end.

Koren also just released a new chumash, or Torah book, in September, with a translation and commentary based on the teachings of Rabbi Adin Steinsaltz, a leading Jewish scholar who also has translated the entire Talmud from Aramaic to Hebrew. The chumash, like ArtScroll’s, is meant for use in synagogues on Shabbat.

The new prayer and Torah books, published independently of each other, reflect a shift in the priorities and profile of today’s American Jewish Orthodox community, their creators say. ArtScroll revolutionized Jewish books by providing an accessible translation of prayers and clear instructions on Jewish ritual. The new books also try to do that, but also have many more prayers and other content focused on the State of Israel and Zionism.

The new RCA siddur also has broken barriers by including more prayers geared toward women than either the ArtScroll or Koren-Sacks prayer books. In Hebrew, nearly all the words are gendered, and in Orthodox Judaism, men traditionally lead major prayers. The new siddur aims to be inclusive by printing prayers in the two genders, as well as by adding specific prayers to be recited by women.

“It’s not just about embracing Israel,” Yehudit Singer, Koren’s marketing manager, wrote JTA in an email. “There are big ideological differences that manifest in a variety of ways. … It’s different and people appreciate having the opportunity to choose between high-quality prayer books depending on their worldview.”

When it was first printed in 1984, ArtScroll’s siddur was itself revolutionary as a user-friendly and cleanly laid-out alternative to stodgier prayer books. But its language is geared toward men — using the word “he” at times in explaining how to pray, including only masculine language for some personal prayers and without any ceremony for a bat mitzvah or the birth of a baby girl.

It also includes no prayers for or about the State of Israel, in deference to more traditionalist Orthodox Jews whose attitudes toward Zionism vary. (The RCA edition of the same prayer book, released soon afterward, does include traditional prayers for the state as well as the Israel Defense Forces.)

But the RCA wanted more than that when composing Avodat Halev (Hebrew for “Worship of the Heart”), so the three-decade relationship ended.

“There was a mutual agreement that this was not the usual ArtScroll type of fare,” said Rabbi Basil Herring, the editor of the new RCA prayer book and a former executive vice president of the RCA. “ArtScroll caters or projects itself as being very loyal to ‘tradition’ … and the haredi community. It would never encroach in those areas outside of what the haredi community would embrace.”

Rabbi Gedaliah Zlotowitz, ArtScroll’s president, said his publishing house continues to put out new editions of the chumash, including one with corresponding teachings of the Talmud and another that focuses on a traditional Aramaic translation.

He said that ArtScroll does not plan to focus immediately on the women’s prayer experience because it released a women’s prayer book in 2005. That book does not denote ways that women can lead prayers and omits prayers that women are not obligated to say under traditional Jewish law.

“The RCA went with their own siddur and we wish them a lot of hatzlochoh,” Zlotowitz said, using the Hebrew word for “success.” “We feel we did a wonderful women’s siddur. We feel it’s very well received. It helps people. It gives women very clear direction. There’s no reason to do something over and to spend a lot of time and effort if we can spend time and effort opening up Torah to Jews around the world.”

More than any previous major Orthodox prayer book, the new RCA version’s language includes women in the prayer experience. It provides feminine alternatives in Hebrew to the masculine texts, makes more of the instructions gender-neutral, and includes prayers for a bat mitzvah and a ceremony for the birth of a girl.

It is also the only major Orthodox prayer book to include a Birkat Hamazon, or grace after meals, led by women. Traditionally, in Orthodox settings, only men would lead Birkat Hamazon, but Herring explained that Jewish law provides the option for women to lead the prayer in certain circumstances.

Still, the prayer book is not gender-egalitarian: Orthodox Judaism maintains that daily prayers must be led by men, and language about leading those prayers uses the word “he.”

“Our community should recognize … and has recognized that women today are getting an advanced Jewish education, much more so than in previous ages,” Herring said. “Women are rightfully demanding that they take their place in the synagogue and Jewish communal life. Therefore this siddur seeks to be sensitive to women’s prayer experiences, to encourage women to pray on a regular basis in the synagogue or at home.”

Rabbanit Leah Sarna, one of a growing number of Orthodox women clergy, said the new RCA prayer book’s inclusion of women is “awesome” and that the Chicago synagogue where she works, Anshe Sholom B’nai Israel, may order it for use by the congregation. But Sarna adds that the book could have done more to highlight women. Of the 18 essays in the back of the book, 17 are by men.

“I’ve never seen the pronoun ‘one’ used more in a document,” said Sarna, her congregation’s director of religious engagement. “I’m sure that took a lot of work to make that happen, and it’s very much appreciated. The assumption that the user of this siddur is not a man is a wonderful thing.”

The new RCA prayer book, like the Koren version a decade ago, also includes prayers relating to Israel throughout its pages. In addition to traditional prayers for the state and its army, there is a section with prayers for Israeli holidays like Memorial Day, Independence Day, Holocaust Remembrance Day and Jerusalem Day.

Herring said that those prayers reflect the increasing centrality of Israel to American Orthodox life. Many Orthodox families send their children for a year of study in Israel after high school, and Herring said many RCA members are moving there.

“For our community, the connection with Israel has become very strong over the years and is only growing stronger and stronger,” Herring said. “In terms of our community and our constituency, there’s a recognition that Israel — it has to be a central part of our religious life.”

Herring is proud as well of the prayer book’s new translation and commentary, which draws on an array of sources and is based on historical research into the evolution of Jewish prayer. It shares that with the Steinsaltz Torah book, which aims to draw on a range of commentaries to provide an easy reading experience for Jews across the spectrum.

“My father’s emphasis was for years to make as transparent a commentary as possible,” said Rabbi Meni Even-Israel, Steinsaltz’s son, who oversaw the chumash translation. “It’s very fluid and it doesn’t stop you from asking questions — very clear. There’s no agenda. The agenda is your understanding.”

The book has an unordinary format: Alongside the Hebrew is a mix of literal translation (in bold) and commentary (in regular print). Below that is more commentary. The book is also full of illustrations and diagrams, as well as maps and photographs of Israel. Even-Israel hopes that reading it will be like reading a regular book aimed at a mass audience.

“Our dream is that you’re going to have a teacher in your pocket,” he said. “From here you can go anywhere you want. Secondly, you can go to sleep with this book. This is the people’s book.”

The question, of course, is how many synagogues will adopt these books. The Koren prayer book with Sacks commentary has sold hundreds of thousands of copies, and already provides a popular alternative to ArtScroll. A wealth of Koren books provides a religious ritual focus on Israel and Zionism. And countless other new prayer and Torah book offerings have come out in recent years, though not all with the imprimatur of a major Orthodox rabbinical association or Jewish scholar.

Herring is confident that as time passes and synagogues look to replace their siddur stock, they will turn to Avodat Halev. The book is already on its second printing, and about 5,000 copies have been sold. ArtScroll does not release its sales figures.

One Orthodox congregation, the Boca Raton Synagogue in South Florida, has ordered a thousand copies for its 900-member families to use every week. It had used ArtScroll — and will keep a few in stock.

“We decided to switch because it’s more aligned with the values and practices of the community,” said the synagogue’s rabbi, Efrem Goldberg. “It’s more sensitive to some of the prayers we recite and practices that we have. It enables us to practice our observance more fully.”