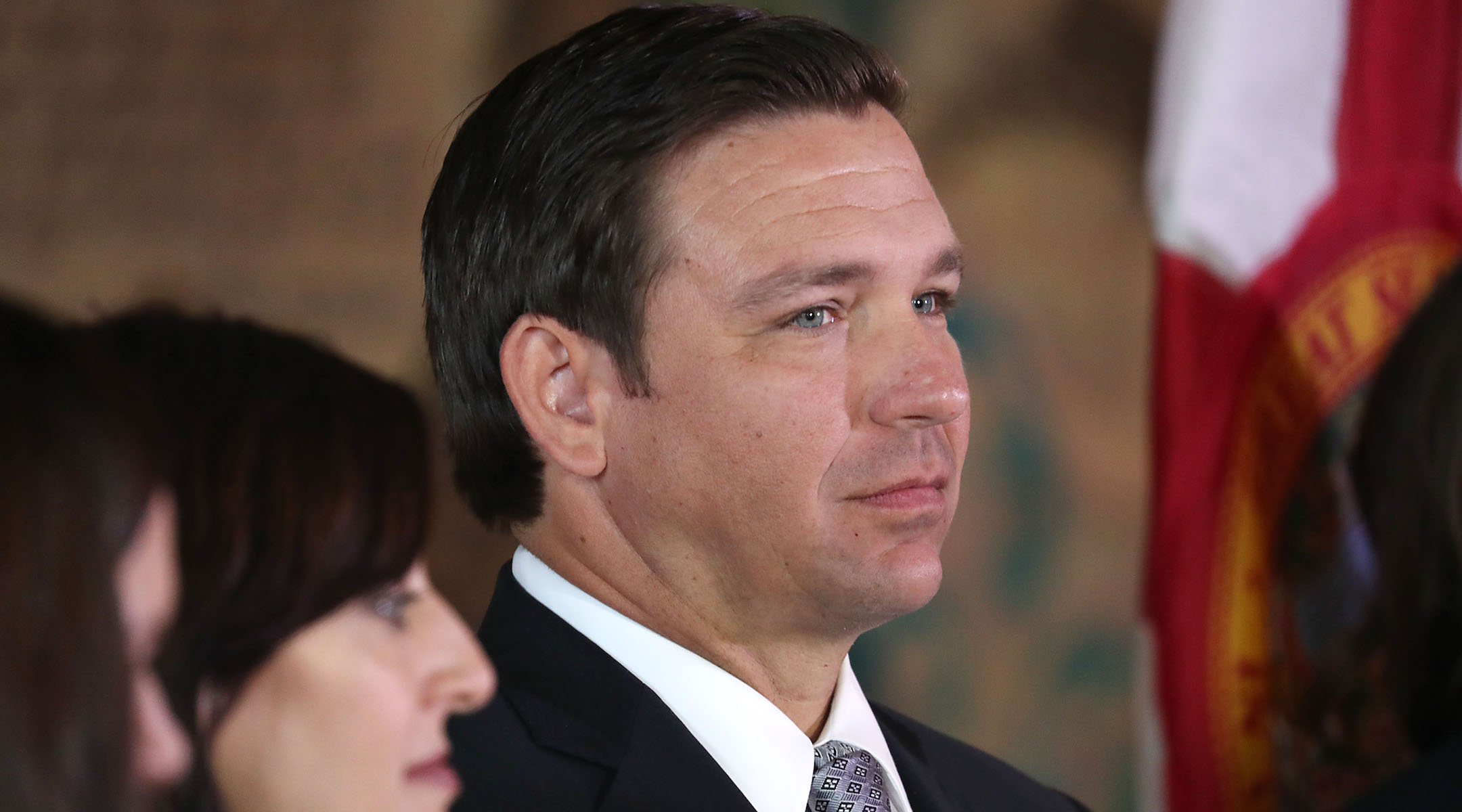 Ron DeSantis attends an event at the Freedom Tower in Miami where he named Barbara Lagoa to the Florida Supreme Court, January 9, 2019. (Joe Raedle/Getty Images)
Advertisement

(JTA) — Florida Gov. Ron DeSantis said his state would take action against Airbnb for its decision to remove listings of rooms and homes for rent in West Bank Jewish settlements.

Airbnb announced in November that it would remove the listings of some 200 apartments and homes for rent in the settlements, but not in Palestinian communities. The company said it consulted with experts to learn about the historical disputes in the region to decide whether it should be doing business in “the occupied territories.”

DeSantis, a Republican who was sworn in this month, said Tuesday that the state would suspend the use of Airbnb for state-paid travel and consider preventing its pension fund from investing in the firm. Airbnb is not publicly traded but reportedly is planning to go public as early as June, or at least by 2020, according to trade publications.

“We have a moral obligation to oppose the Airbnb policy; it does target Jews specifically,” DeSantis said.

DeSantis’ announcement is part of a steady campaign to curry favor with Florida’s large Jewish community. On Monday, he announced a Jewish judge as his selection to sit on the State’s Supreme Court during a news conference at a Miami Jewish day school, where he also announced that he would travel with a state delegation to Israel in May. He recently announced more money to pay for security at Florida Jewish schools.

Airbnb operates in 191 countries and regions and more than 81,000 cities. A brief check Wednesday on its website shows that rentals in West Bank Jewish settlements remain listed.

Israel’s minister of strategic affairs, Gilad Erdan, praised the DeSantis announcement, calling it “an important decision that will embolden the fight against anti-Semitic boycott organizations. We will continue to act in all possible ways to nullify the bigoted decision discriminating against citizens of the State of Israel and harming them financially because of where they live.”

Erdan, who heads a committee of Israeli government ministers charged with countering the Airbnb decision, last month sent letters to five governors in the United States, including DeSantis, urging them to express their opposition to the Airbnb decision and to take economic measures against the company.

“State and local governments should continue to take decisive measures to limit Airbnb’s ability to operate unless and until this bigoted policy is reversed,” CUFI said.