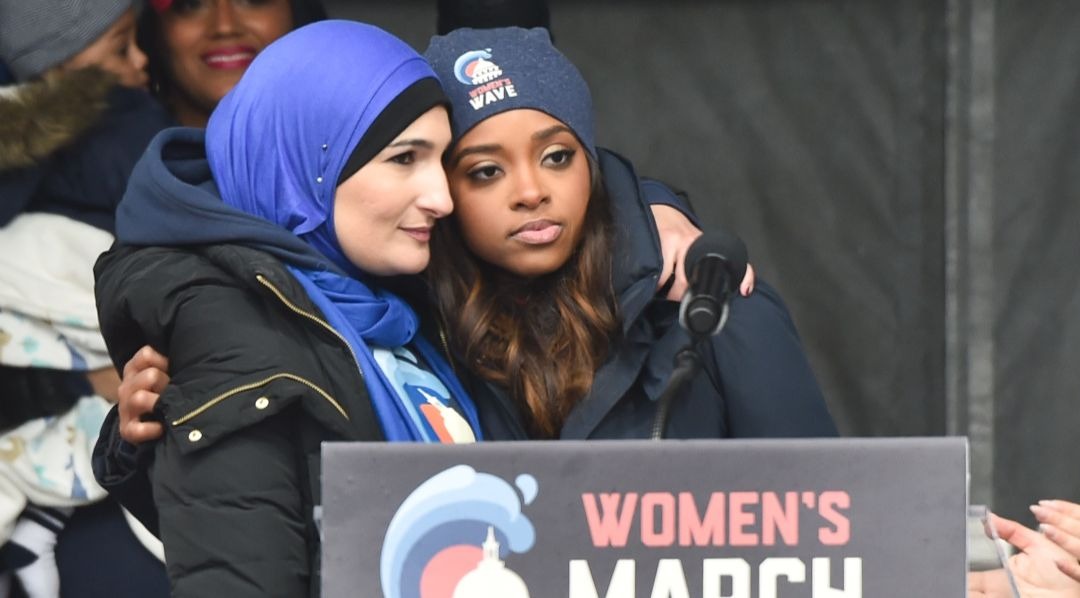 (JTA) — Linda Sarsour defended the legality of the Boycott, Divestment and Sanctions movement against Israel during her speech on stage at the third Women’s March in Washington, D.C. Her critique of anti-BDS laws came hours after rejecting the anti-Semitic statements of Nation of Islam leader Louis Farrakhan.

Sarsour, a leader of the Women’s March movement, called herself “a proud Palestinian-American woman” in her remarks on Saturday and said that “there are no perfect leaders.” She said “the media can talk about any controversy they want” — a reference to claims of anti-Semitism among the movement’s leadership — “but the real controversy is in the White House.”

“We will protect our constitutional right to boycott, divest and sanctions in this country,” Sarsour also said, a reference to pending legislation in the U.S. Senate to allow state and local governments to refuse to use the services of companies that boycott Israel.

Prior to attending the march, Sarsour on Saturday morning told CNN’s “New Day Weekend” with Victor Blackwell and Christi Paul that the Women’s March rejects anti-Semitic and homophobic statements by Farrakhan.

“We unequivocally have rejected the comments made by Minister Farrakhan on LGBTQ communities and on Jewish communities. We have said multiple times on our statements at womensmarch.com, we unequivocally denounce transphobia and ask people to ask us directly and to read our statements and understand we have been doing this work before there was a Women’s March,” she said. “And our track records are very clear: That we have stood up for all communities. We are the first people on the front lines when there is a fight for justice in this country.”

Sarsour noted her meeting earlier in the week with 13 rabbis from the New York area, after which nine of the rabbis endorsed her and the Women’s March.

“What that proves is that we have been doing the work. We have been learning and evolving as a movement, and people have to understand that we are trying to create a big tent of women of all religious backgrounds, people of color — people of different sexual orientations, even people across the different ideology,” Sarsour said.

“We are a polarized nation, so we went to the rabbis. We had a meeting and talked about issues of pain and trauma and historical trauma and trauma of black people in America. Muslims, refugees. So we will continue those conversations.”

For the third year in a row, the main Women’s March was held in Washington and hundreds of sister marches were held across the country. According to reports there were fewer participants than in previous years, in part due to the accusations of anti-Semitism against the leadership of the march.

Marches not affiliated with the national march also were held on Saturday in cities throughout the country.