I’m a leftist Jewish activist. I couldn’t find community at my school — until now. 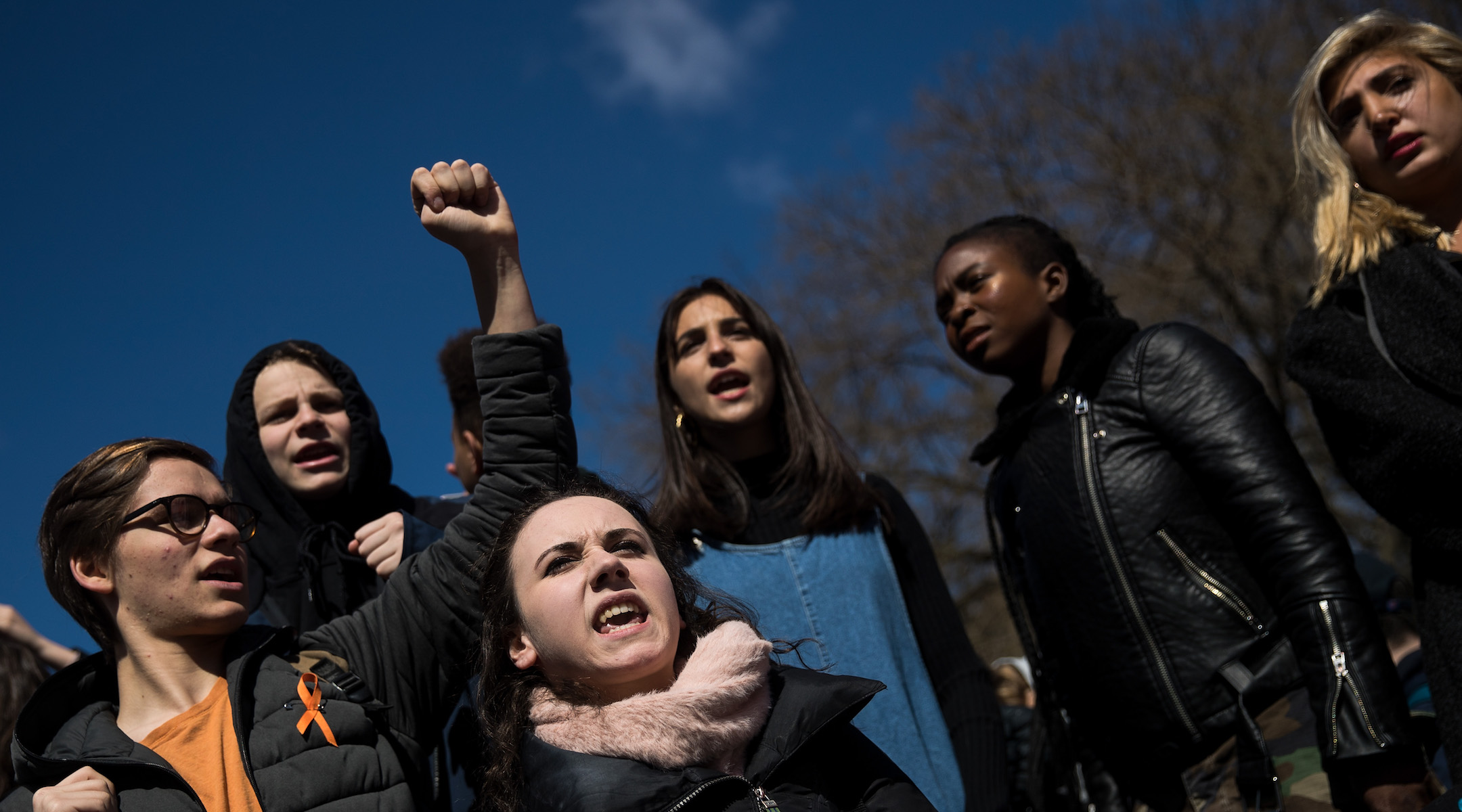 For my first two years of college, I was constantly shuttling between two divided communities: a radical activist community and my Jewish one. I could not be my full self in either group and it was exhausting. I could not seem to find my voice.

I came into college eager to continue with social and environmental justice work that had sparked my interest in early high school. I was quickly welcomed into a network of student organizers — or so I thought. In these leftist activist groups, many of my peers were vocally anti-Israel. I felt invisible. I am comfortable with critiques of Israel, and I can deal with different political opinions, but their “Free Palestine” rhetoric was never unpacked. At all.

The activist groups spent a great deal of time explaining the roots of racism in our community, and the connections between the fossil fuel industry and our university, but the Israel-Palestine conflict was never unpacked. Being against Israel was just an assumed position. For years I did not have the words to speak up.

Right before my second year of college began, neo-Nazis rallied in my college town. The activist groups I belonged to responded with teach-ins, demonstrations, training and more to work against racism in our community. But not one mentioned anti-Semitism. This was surprising, considering we had literal NAZIS on our campus chanting “Jews will not replace us” and “Blood and Soil.” I was broken and looking for a community that would heal with me while at the same time resisting white supremacy.

But I could not take the erasure of my identity anymore. I let myself drift away from activism and be absorbed by the college and local Jewish communities. This shift from the change-makers was painful. I deeply value the opportunities for meaningful action that the leftist student groups created. I want to be around people who push me to be better. I want to always be unlearning my racism, heterosexism and harmful consumption practices.

Funnily enough, Judaism is what taught me to value these politics in the first place. But in those leftist, change-making circles, I felt like I either had to publicly reject my Jewish identity or keep it a secret. As much as I looked up to these activists, I could not compromise my politics and identity to fit in.

I became involved with the Jewish community on campus as soon as I got here. I made it a habit of going to Shabbat services and dinner every Friday night and quickly took on a leadership role. From the beginning of my time in that community, I was both extremely grateful and very confused. I was raised in a community in which social action was a central part of almost every prayer and project the congregation took on. In my post-bat mitzvah teen years — when many stray from their religion — I dove deeper into Judaism, which I attribute to the opportunities for social justice work that Jewish organizations provided for me.

When I came to college, I met more Jews than I had ever even laid eyes on. And I assumed that many of them associated Judaism with social justice work, too. So I was surprised to find out that on my campus, many Jewish students separated their religion from their politics. I was frustrated by this; I could not find spaces in the Jewish community to genuinely address issues such as race relations, Israeli politics or wealth disparity. Conversations felt surface level. And when I felt confused about the world, I wanted so desperately to be wrapped up in my Jewish community for deep conversations and radical activism.

I began to feel really confused about Israel, in particular. I wanted to learn more about Palestinians, but I did not want to feel like a “bad Jew.” Once again, I was stuck.

But enough is enough. After two years, I am creating a new space altogether — one where I can be both a proud Jew and an activist. I am harnessing the feelings of anger over the omission and erasure of Palestinian narratives from Jewish institutions to find Jewish partners who want change, too. I am creating an organization on my campus for activists, Jewish and not, to support Israel and work toward an end to occupation. We refuse to be all consumed by Israel politics, though, and are committed to being allies for all other marginalized communities on our campus. We are small in numbers today, but we are always growing, in membership and in power.

Besides finally feeling like myself again after two long years, one of the best parts of this is seeing other Jews light up with me. I was not the only one craving this. And I will not give my voice back now.

Clara Sophia Camber
Clara Sophia Camber is a third-year student at the University of Virginia double majoring in global development studies and women, gender and sexuality. Originally from Fredericksburg, Virginia, Camber now spends most of her time in Charlottesville, where she is involved with Jewish life on campus and in the greater Charlottesville Jewish community.
The views and opinions expressed in this article are those of the author and do not necessarily reflect the views of JTA or its parent company, 70 Faces Media.