Jews And Blackface: A Complicated History 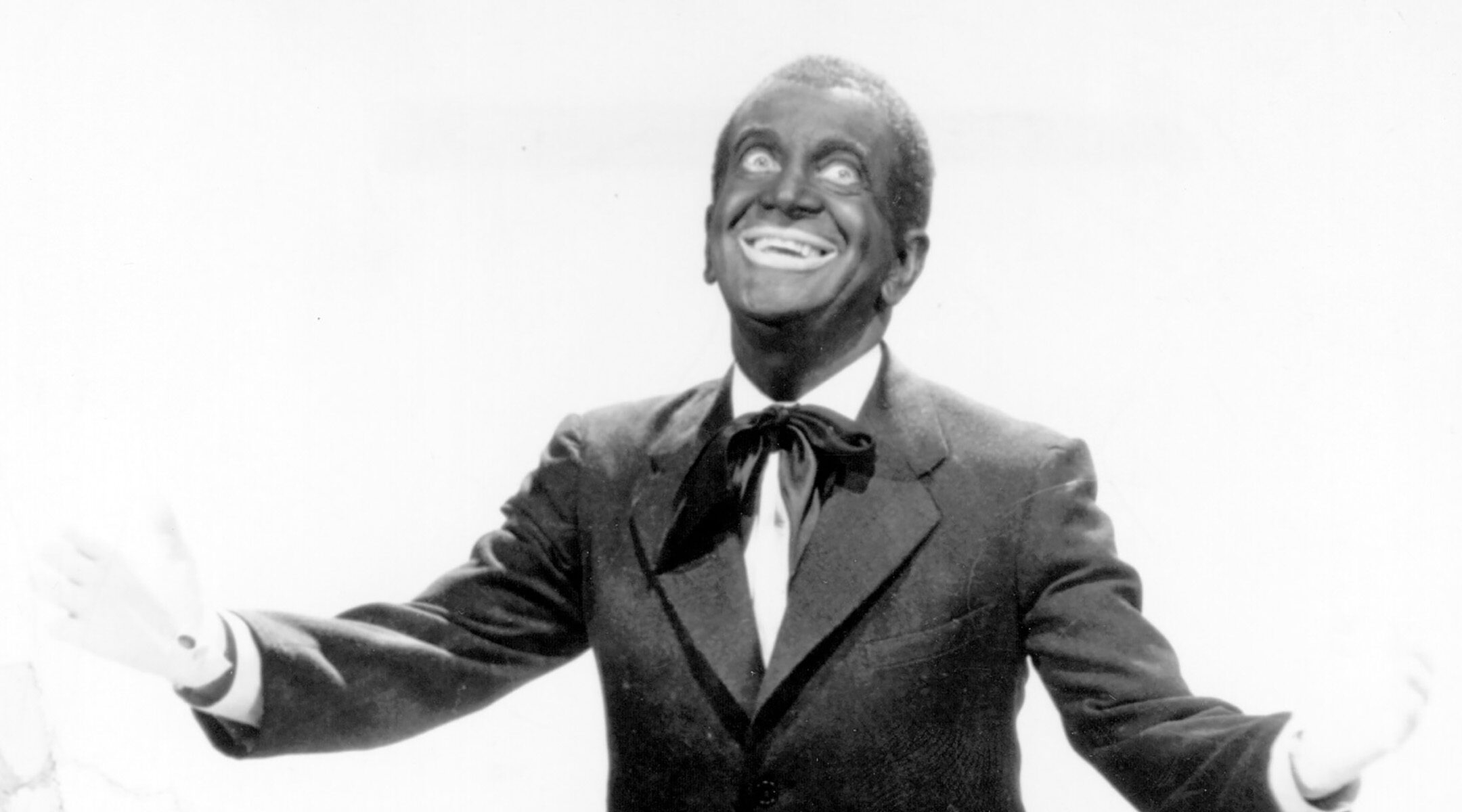 When it comes to the Jewish experience with blackface, the picture is, well, not so black and white.

Northam’s political career is foundering because his 1984 medical school yearbook page featured a photograph of two white people, one in blackface, the other in a KKK costume. (He denies being in the photo or even knowing it was on his page, but admits he darkened his skin to look like Michael Jackson for a 1984 talent show.)

Northam is walking in the footsteps of Al Jolson, born Asa Yoelson in Lithuania to Jewish parents who immigrated to the United States; the actor-singer known at the height of his popularity as “The World’s Greatest Entertainer” often performed in blackface.

Jolson’s career flourished as a result of his portrayal of African-Americans, most notably in the 1927 film “The Jazz Singer,” the first full-length “talkie,” whose hallmark moment is his emotional singing, on bended knee, in blackface and overdrawn white lips, of “Mammy.” At the time, Jolson was arguably better known in the country than any genuinely black performer.

The current debate over the propriety of non-blacks impersonating blacks, especially through wearing makeup on their faces — whether accompanied by stereotyped “black language” and mannerisms or not — is focusing attention on the history of blackface; the debate exists at the intersection of cultural affinity and cultural appropriation, and the practice’s changing perceptions in parts of both black and white society.

Blackface has a long Jewish history.

The practice originated in the late 1820s, with white male performers portraying African-American characters by applying burnt cork to their faces; these minstrel acts grew in popularity through the 1840s, frequently exposing white audiences in the North to a depiction of Southern black life. Mark Twain and Abraham Lincoln were known to attend minstrel shows.

White and black performers — including Bert Williams, the most-prominent black entertainer of the Vaudeville era — darkened their faces in this way. Blackface became a staple of Vaudeville, and of ads for such products as cigarettes and pancakes.

Then came “The Jazz Singer,” which took blackface to a wider, national audience. In addition to Jolson, leading Jewish entertainers who also performed in blackface included such prominent names as Eddie Cantor, George Burns, George Jessel and Sophie Tucker.

Jews then played a disproportionate role in the entertainment industry.

“Jews performed this kind of minstrelsy in the 1910s and 1920s better and more than any other group in America. Jewish faces covered in cork were ubiquitous,” Michael Alexander, University of California religious studies professor, wrote in “Jazz Age Jews” (University of Princeton Press, 2003).

The late author Michael Rogin, whose 1998 book “Blackface, White Noise: Jewish Immigrants in the Hollywood Melting Pot” (University of California Press) investigated this phenomenon, wrote that many Jewish members of the entertainment industry “thought that depicting Jews [as themselves] would promote anti-Semitism, so they hid it. Blackface is a metaphor for that.”

“In actuality,” wrote film scholar Lester Friedman in “Hollywood’s Image of the Jew” (Ungar Publishing Co., 1982), “many Jewish performers gained early and continued success using [blackface] … Indeed, it is too easy to ignore the derogatory aspects of such activities, the unconscious racism accepted and nourished by such cruel parodies, by citing historical contexts.

“The undisguised elements of ridicule in such blackface portrayals by Jews mimicking the outlandish stereotypes of blacks,” he continued, “now looks suspiciously like one group’s desperate need to assert its own superiority by mimicking another.”

In time, blackface became passé. Prominent individuals who have over the years drawn criticism for appearing in blackface include actor Ted Danson, who showed up at a 1993 Friars Club roast for his then-girlfriend Whoopi Goldberg in minstrel blackface; Florida’s secretary of state, who resigned recently from his post after a 2005 Halloween party photograph surfaced of him in blackface, costumed as a victim of Hurricane Katrina; and then-New York State legislator Dov Hikind, who donned brown makeup and an Afro wig for a 2013 Purim party, portraying a “black basketball player.”

Hikind, first attributing the ensuing criticism to a climate of “political correctness to the absurd,” later apologized for his “deeply disturbing” act.

In a related matter, NBC host Megyn Kelly lost her job last year for asking on-air what was wrong with dressing in blackface, referring to a controversy surrounding a white celebrity who darkened her skin to look like Diana Ross on Halloween.

Kelly, too, apologized. As did Northam, for his Michael Jackson impersonation

When Jolson did blackface, apparently no apology was needed.

His role in “The Jazz Singer,” which highlighted his dilemma as the child of an Orthodox family who was balancing his parents’ desire for him to enter the cantorate with his wish for a secular musical career, has been controversial because the actor spent much time on-screen in blackface. This was a performance mode he shared with many black entertainers of the time such as Bert Williams and Bilo (Sammie Russell), said Charles Musser, professor of American studies, film studies and theater studies at Yale University.

The first talkie shown in many black-owned movie theaters in this country was “The Jazz Singer,” Musser writes in “Why Did Negroes Love Al Jolson and ‘The Jazz Singer’?: Melodrama, Blackface and Cosmopolitan Theatrical Culture,” a 2011 essay in Film History journal. “African American newspapers also praised ‘The Jazz Singer,’” he wrote, adding that the papers noted that black audiences, particularly black women, “had intense emotional reactions to the film.”

As a member of a fellow minority group, Jolson often aligned himself with black Americans’ struggles for acceptance. Jolson was widely known in the black community for supporting the careers of black entertainers, Musser said.

Other academics have similar views. In an email interview with The Jewish Week, Jonathan Sarna, professor of Jewish American history at Brandeis University, said, “Many believe that Jolson was actually displaying sympathy for African Americans” in his “Jazz Singer” performance.

“Blackface, once upon a time, was commonplace and not viewed as negative or an effort to stigmatize; indeed, many of those who put on blackface felt that through it they came to understand something of the black experience (much as in “Gentleman’s Agreement,” the character who pretended to be a Jew came to understand the stigma of being Jewish),” Sarna continued. “Over time, of course, blackface became unacceptable, seen either as demeaning or as a form of cultural appropriation.”

As a precursor to the Northam controversy, Bobby Berger, a Baltimore actor who specialized in impersonations of Al Jolson, decided to stop his act four years ago — audiences objected to him performing, authentically, in blackface.