In NJ, Orthodox rabbis vote to bar a colleague for training female clergy 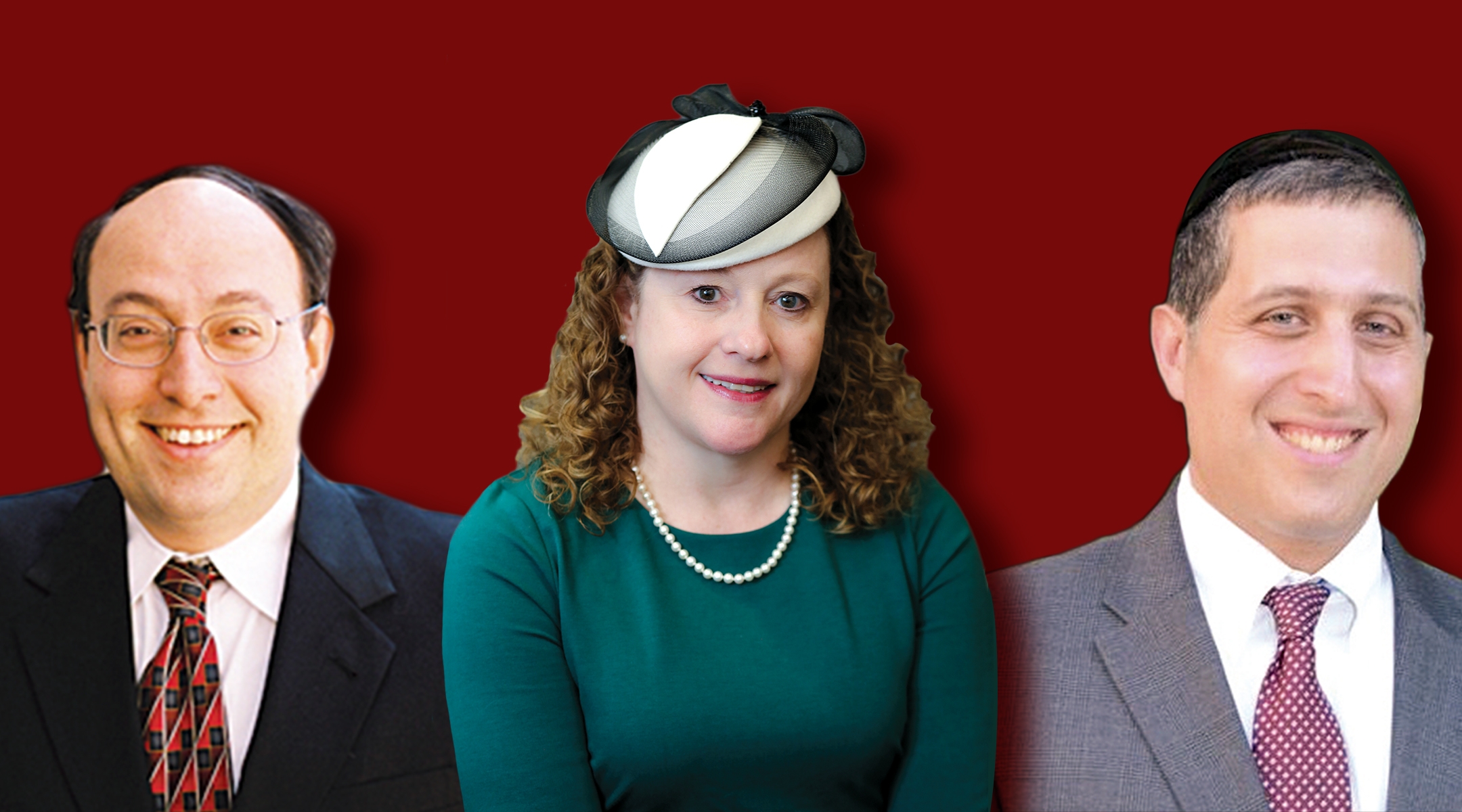 TEANECK, N.J. (Jewish Standard via JTA) — Pushing back against efforts by liberal Orthodox Jews to allow women to serve as clergy, an Orthodox rabbinical council in northern New Jersey is preparing to oust a member for allowing a woman training for ordination to serve as an intern in his congregation.

The member is Rabbi Nathaniel Helfgot, leader of Congregation Netivot Shalom in Teaneck.

After the Jewish Standard reported in November that Netivot had hired Marianne Novak to be a rabbinic intern, the Rabbinical Council of Bergen County amended its bylaws to push Netivot and Helfgot outside of its communal tent. Novak is studying for ordination at Yeshivat Maharat. When she is ordained, she will take the title either of rabbah or of rabbi.

The new RCBC bylaws do not allow as members rabbis of congregations that let women hold rabbinic positions or internships that are part of ordination programs.

“Roughly three quarters voted for it,” Rabbi Kenny Schiowitz, the RCBC’s president. Schiowitz leads Congregation Shaare Tefillah in this New York suburb and heads the Talmud department at the Ramaz Upper School in Manhattan. He said he was among the minority that voted not to sanction Helfgot.

“People were concerned that Rabbi Helfgot’s association as part of the RCBC gave his hiring of a female rabbinic intern some sort of endorsement from the RCBC, which was concerning,” Schiowitz said.

The bylaw change does not take effect until September.

“We didn’t want to do anything drastic like have somebody terminate an agreement that was already made,” Schiowitz said.

Ordaining women as clergy, championed by Yeshivat Maharat, Orthodox feminists and the small but growing number of synagogues who have hired the ordainees, has divided a movement whose leaders hew to a strict interpretation of gender roles under their interpretation of halacha, or Jewish law. In 2017, the Orthodox Union banned its affiliated Modern Orthodox synagogues from hiring women clergy. The non-Orthodox Jewish denominations have ordained women as rabbis and cantors for decades.

The Bergen County rabbis’ council met twice to debate its response to the rabbinic intern. Helfgot spoke at both meetings, Schiowitz said.

Helfgot and other Netivot leaders declined to discuss the issue with the Jewish Standard. Helfgot issued a statement both praising the RCBC as an institution and expressing his “disagreement and disappointment” with its decision.

But the decision brought sharp criticism from Yigal Gross, an attorney who lives in Teaneck and is a member of four Orthodox congregations, among them Netivot. Last year he and his wife, Tamar Warburg, sponsored Novak’s predecessor, Dina Brawer, who also studied at Yeshivat Maharat.

Writing in a blog post in The Times of Israel, Gross said that singling out Helfgot for exclusion “seems like the bullying excesses of a mindless mob.”

Gross’s blog post brought into the light a story that Netivot leadership had hoped to keep quiet.

“The piece was not written with input from anyone in Netivot,” Gross told the Jewish Standard. “But the issues that are at stake here transcend the interests of one shul and women rabbis. They pale in comparison to the larger communal issue, which is how our rabbinic leaders treat their positions and treat our community.

“It’s absolutely out of step with the values of our community. They basically took the tactics of communal ostracism and isolation that you reserve for get refusers and sexual deviants and have employed it against people who disagree with their views,” he said. Men who refuse their wives a get, or Jewish divorce, are often ostracized by local rabbinic authorities.

“Never did I imagine that the reaction to the Maharat interns would be this,” Gross said. “I expected scholarship arguing against it. Instead of scholarship, what our community got was cowardice and bully tactics. The community shouldn’t accept it. This is something we see in haredi communities, not in the Modern Orthodox.

“This is not about members of the RCBC having to accept or support the idea of woman rabbis. Nobody ever asked or should ask them to do that.

“Netivot was on the receiving end of what happened this time. Next time it could be a different shul. Once our community accepts that our rabbis can use our communal institutions this way, everyone is fair game.”

Schiowitz said the RCBC was not trying to tell Netivot what to do.

“It’s not the same as saying you’re not Orthodox. The RCBC sets its own standards,” Schiowitz said. “The majority of the RCBC members identify with the normative Orthodox institutions like the Rabbinical Council of America and the Orthodox Union. The RCBC is saying we want to be a traditional, normative, consensus-type Orthodox organization. If you want to be a trailblazer and do things that are not normative, that is your choice, but that would be outside of the RCBC.”

What would Schiowitz say to teenage girls who look to Yeshivat Maharat and its students as role models?

“Why would you want to go into the field of being an Orthodox clergy member when the O.U. and the RCA are opposed to it?” he said. “There are a lot of places for women to take important leadership roles in the Orthodox community. In the normative Orthodox community, it will be framed as an educator, scholar-in-residence or ‘yoetzet halacha,’” a woman who answers questions from other women, mainly about intimate matters.

Schiowitz took pains to say that none of this was personal.

“There’s a lot of warmth and respect for Rabbi Helfgot personally,” he said. “The hope would be that he would stay in the RCBC. The question is going to be what they will do next year.”

While Helfgot’s statement did not explicitly say what the synagogue will do when it comes to choosing next year’s intern, it did say that the congregation “has always been a leader and pioneer in expanding the opportunities for women” and gave no indication that he wants to change that.

In his statement, Helfgott praised members of the rabbinical council and Schiowitz in particular as “devoted spiritual leaders.” (Read Helfgott’s full statement here.)

“It is thus, with pain and sadness, that I must express my strong disagreement and disappointment at the RCBC’s recent vote to adopt a bylaw that would restrict the rabbinic authority and autonomy of its members, beginning in Sept. 2019, on learned and committed women serving in spiritual leadership roles or being trained for those roles in the synagogue context,” he wrote. “This is an issue that has been and continues to be in vigorous debate in the Modern-Orthodox community. In the last decade a range of views has been articulated by various rabbis and scholars, both here and in Israel on the fundamental issue. As such different communal models have emerged as to the practical implementation of including learned women in spiritual and Torah leadership. For many decades, the informal policy of the RCBC has been to allow each member to reach the best halakhic [Jewish legal] and public policy decisions for that rabbi’s individual shul and its members on matters of dispute within the Modern-Orthodox community and this decision is a shift away from that norm.”

Added Helfgott: “I was hired by the members of Congregation Netivot Shalom to be its rabbi, religious leader and spiritual guide in matters of halakha and public policy. I have attempted to fill this role, to the best of my ability, in accordance with Torah and halakhic principles as applied in the context of my individual community. Netivot Shalom has always been a leader and pioneer in expanding the opportunities for women to enhance their avodat Hashem [service to God], explore their educational, intellectual and religious heritage and take on meaningful communal and spiritual leadership roles, within the guidelines of halakha in all its majesty and breadth.” 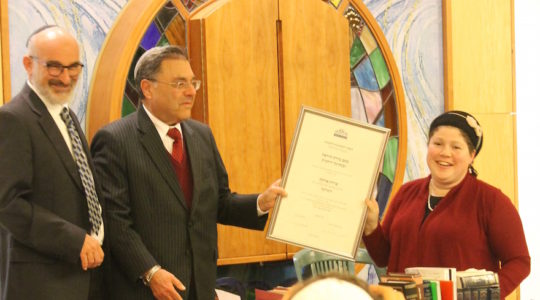 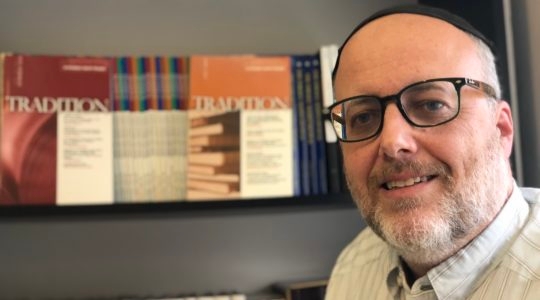