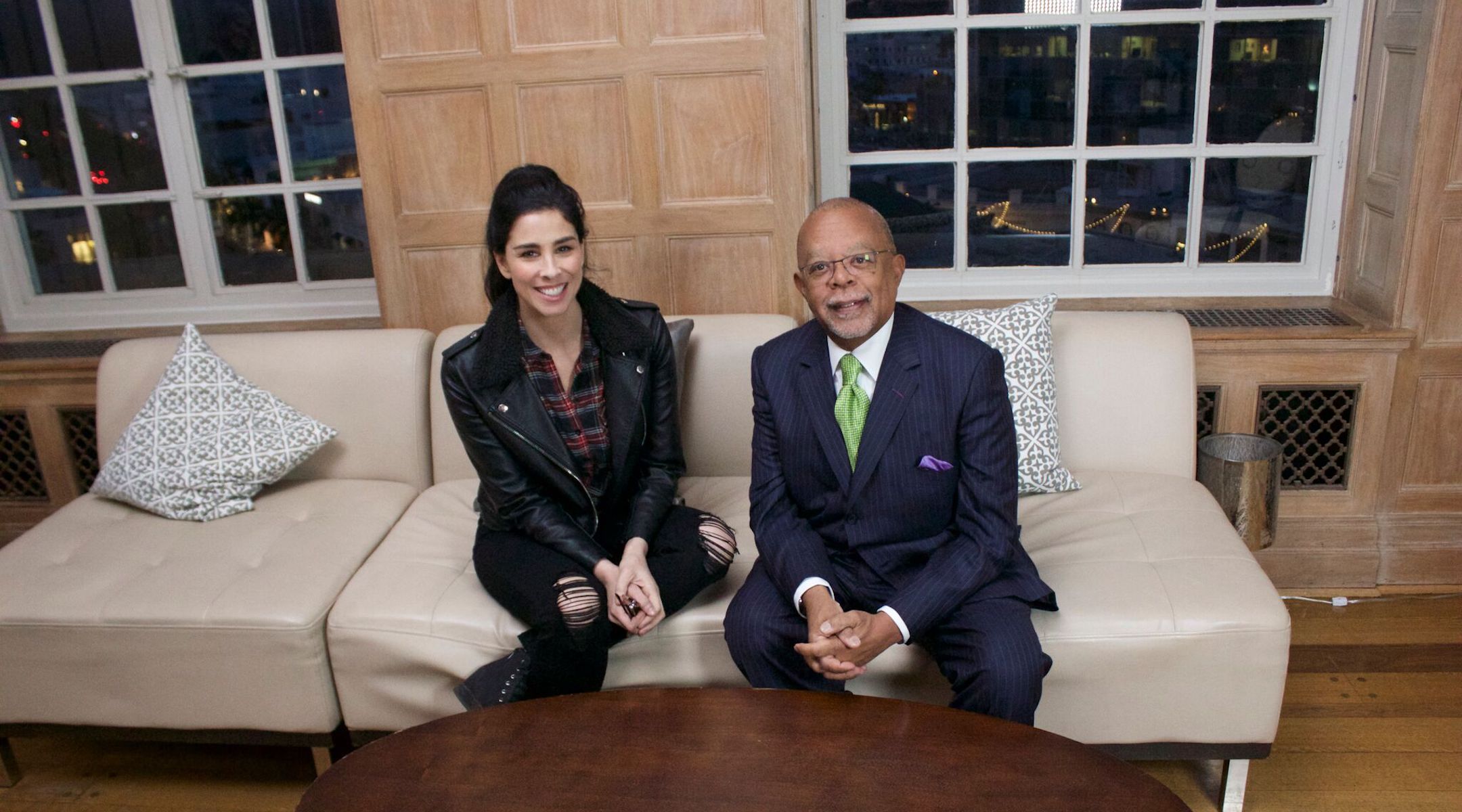 That’s not Seth Rogen or Jonah Hill — it’s Sarah Silverman talking about her upbringing in Bedford, New Hampshire, on an upcoming episode of  “Finding Your Roots,” the celebrity genealogy show on PBS.

Bedford, the comedian explains, was not exactly a very Jewish community.

“My feeling of being Jewish came from my being the only Jew,” Silverman tells host Henry Louis Gates Jr. “We [her family] had no religion, but because I had this kind of intuition, when I went to any friend’s house I made sure their parents knew I was not scary. You learn to ingratiate yourself, to be non-threatening, to be funny.

“As a comedian, you become funny as a survival skill — like the fat kid who makes fat jokes before others do.”

Silverman’s sense of Jewish otherness wasn’t the only thing that fueled her comic tendencies — her parents divorced when she was 7.

“My other sisters were crying and upset. I was thrilled, and they kept saying, ‘She doesn’t understand,”‘ the comic recalls. “And I kept thinking, ‘What’s not to understand?’ Are you going to continue to fight? Wake me up in the middle of the night screaming? No? Great.'”

Perhaps because she is part of a crowded hour shared with fellow comics Seth Meyers and Tig Notaro in the episode that airs Feb. 19, the viewer learns little about Silverman’s immediate family, such as her parents or any of her four siblings — including sister Susan, a prominent activist Reform rabbi living in Israel. Instead, the episode focuses on her maternal grandparents, Golde and Herman Halpin.

“[Golde] was a monster,” Silverman says.

Herman, on the other hand, was a funny and apparently stabilizing influence in her life. He was born Hyman Cohen in Seattle, but apparently changed his name at Golde’s insistence.

“She didn’t want people to know they were Jewish,” Silverman surmises.

Meyers’ segment may surprise a few viewers. Many assume the “Saturday Night Live” alum and current NBC late night host is Jewish because of his name — and his punim. He does not consider himself a member of the tribe, though he was presumably aware of his Jewish antecedents on his paternal side. After all, they are noted on his Wikipedia page. (In addition, his wife has Holocaust survivor grandparents.)

In the episode, Meyers discovers that his Jewish great-great-grandfather was born Maier Tracianski in Lithuania. When his son – Seth’s great-grandfather Morris – immigrated to the U.S., he changed his surname to Meyers. It’s a move for which Seth is extremely grateful: He says he’s not sure “Late Night with Seth Tracianski” would work. Morris moved to Pittsburgh, where he prospered and built a home that his descendants still live in.

From Meyers’ reactions, it’s not clear how much of this information is new to him or whether he or his father are in touch with that branch of the family. The show’s staff was able to trace the maternal side of his family to 16th-century England.

In the episode of the show that airs Feb. 12, former House Speaker Paul Ryan discovers that he’s 3 percent Ashkenazi Jew — the equivalent of a third great-grandfather being Jewish. He touted the finding back in August, which must have been around the time his segment was filmed.