Max Boot on leaving the Republican Party, and why Trump isn’t good for Israel 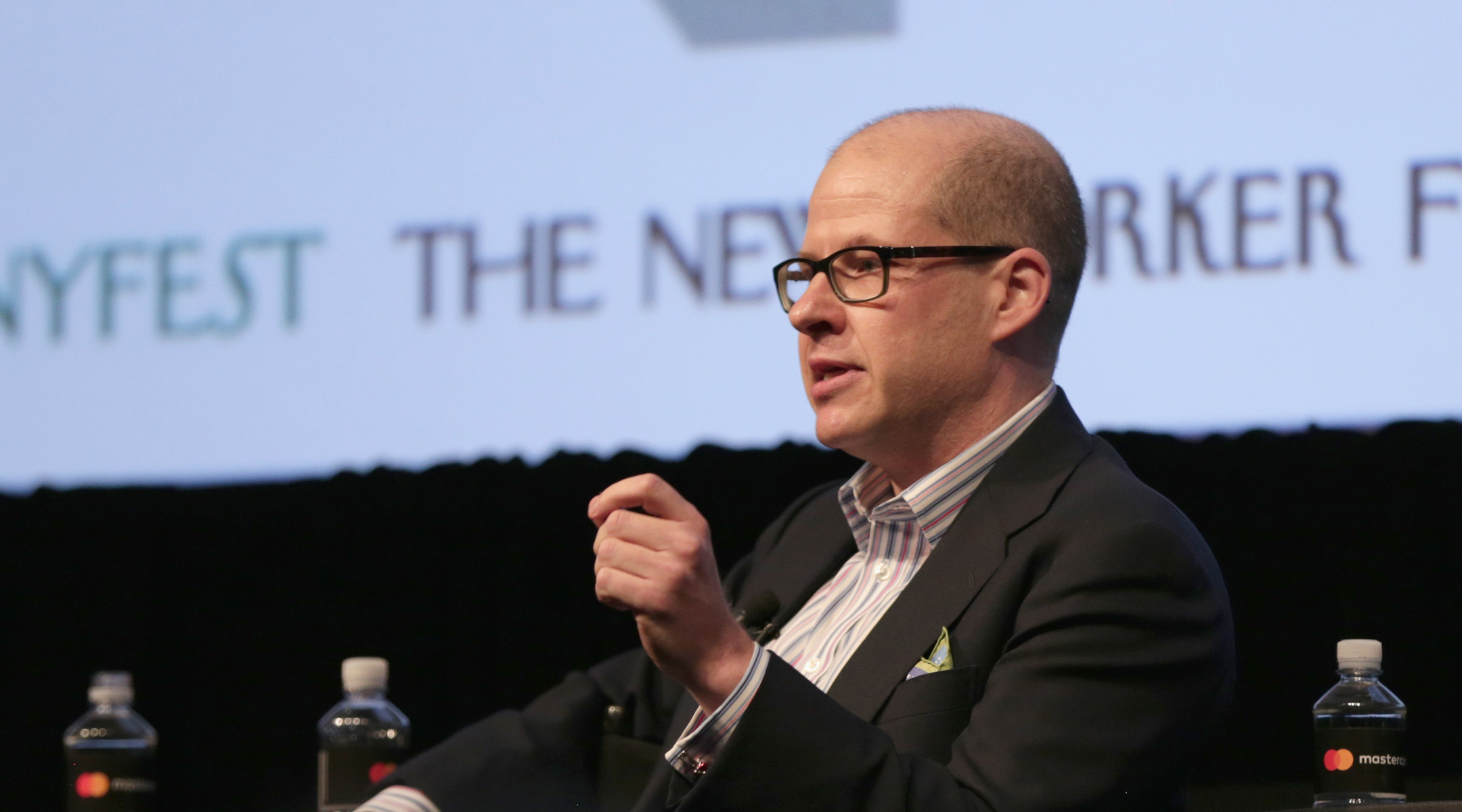 (JTA) — Max Boot’s bar mitzvah speech was unusual: Rather than discuss Torah, it offered an enthusiastic defense of Israel’s 1982 invasion of Lebanon. The 13-year-old seemingly more concerned with public policy than puberty offered a hint of his own future.

Boot, 49, would go on to a successful career as a foreign-policy analyst and historian. Just seven years after graduating from the University of California, Berkeley, he was named op-ed editor of the Wall Street Journal. He was a senior foreign policy adviser for the presidential campaigns of John McCain, Mitt Romney and Marco Rubio. He is currently the Jeane J. Kirkpatrick Senior Fellow in National Security Studies at the Council on Foreign Relations, a columnist for the Washington Post and a Global Affairs Analyst for CNN.

Until recently, he was also a Republican.

As he points out in his new book, “The Corrosion of Conservatism: Why I Left the Right,” published last fall, that all changed with Donald Trump.

“I was sure from the moment he made his announcement where he attacked Mexicans and, later, when he attacked John McCain, that he would be rejected by the Republican Party,” Boot told the Jewish Telegraphic Agency. “But then so many Republicans began turning from ‘never Trump’ to endorsing Trump. Still I held out hope that he would lose the election in 2016.”

Boot even endorsed Hillary Clinton — a “deeply flawed” candidate, in his mind, but one who was “extremely knowledgeable, resolutely centrist and amply qualified.”

The day after the election, he went online to change his registration from Republican, which he had been all his life, to Independent.

“Any party that could think that Donald Trump is fit to be president is not a party I want to be part of,” he said. “Everything that’s happened in the two years since has confirmed my view.”

Boot is often included among a group of conservative pundits — many of whom are Jewish — who are deeply critical of Trump, including Jennifer Rubin of the Washington Post, William Kristol of the late Weekly Standard, Bret Stephens of The New York Times, Noah Rothman of Commentary and Jonah Goldberg of National Review.

Critics of these #NeverTrumpers suggest that they weren’t all that conservative to begin with, or see a career opportunity in bashing Trump.

“Max Boot wrote a whole book about how he realized he had been wrong about everything about conservatism all along,” Jim Geraghty wrote in the National Review Online, characterizing the criticism. “Complete reversals like this fuel the perception that NeverTrumpers or Trump-skeptics are all in various stages of the journey that Rubin and Boot made — ‘Whoops, never mind, it turns out I didn’t really believe all this stuff that I spent the first decade(s) of my career writing about, forget all that, let me explain to you how terrible conservatives are.’”

Asked why he didn’t tell Rubio to adopt a more aggressive posture towards Trump, Boot told me: “I was an adviser on foreign policy, not an overall political adviser. But I certainly made clear what I thought of Donald Trump and how anguished I was when Rubio went from denouncing to endorsing Trump. I signaled my feelings.”

Boot has since gone from signaling his feelings to essentially shouting them. In his book, he takes aim at a number of Trump supporters, most pointedly Paul Ryan, the former speaker of the House of Representatives, who he calls “another pathetic appeaser of the demagogue in the White House who chose to retire rather than fight for what he supposedly believes in.”

By ignoring Russian involvement in the last Presidential election, he wrote in the book that “the GOP has made itself complicit in something close to treason.” Moreover, he added, “the rise of Palin and Trump means that the GOP has truly become the stupid party.”

“You can make the case that America has the government it deserves,” he said in the telephone interview. “We’ve become a reality TV nation, a country where basic civics education is not available. The result of all that is the election of Donald Trump and the apathy of so many people.”

Part of Boot’s objections to Trump are more personal. Max was just six years old when he emigrated from the Soviet Union with his mother. (His parents divorced.) Soviet Jewish emigres were leaving for the U.S. and Israel, and she did not speak Hebrew. He was too young when he left to have specific memories of anti-Semitism under the Soviets, but his mother certainly spoke to him about it.

“My parents didn’t have any kind of Jewish education. So when we came here my mother made a point of joining a synagogue, of enrolling me in Hebrew school and my having a bar mitzvah,” Boot said. “Because she didn’t have the [Jewish] background, she wanted me to have it.”

Boot calls himself now a “typical Jewish atheist, eating bagels and lox and reading The New York Times,” who “feels a strong sense of identity with the Jewish people and the State of Israel.”

His Jewish identity only gives him additional cause for worry about Trump.

“[Trump’s] obviously very pro-Israel, but he has at least winked at rhetoric that appears to be anti-Semitic, like blaming George Soros for the refugee caravan. He’s trying to have it both ways, supporting Israel and giving a wink and nudge to racists and xenophobes in the Republican ranks,” Boot said.

“I think it’s unfortunate that some Jewish conservatives support him on the theory that he’s good for Israel,” he added. “I think at the end of the day, he’s not good for Israel. He’s making it a political football. There used to be bipartisan support for the country. That was already fading before he came into office, but it’s changing more and more rapidly now.”

For the moment, at least, Boot finds himself adrift, a centrist in a world of the polarized left and right. He claims the U.S. needs a strong centrist candidate “who can appeal to the forgotten middle” — for example, “a younger, more charismatic Michael Bloomberg.” But Boot also does not favor a third party candidacy, fearing it would split the vote and lead to Trump’s re-election.

“The Republican Party as currently constituted doesn’t deserve to survive,” he wrote in his book. But even if it does, he’s doubtful he’ll return to the fold.

“That’s hard for me to imagine,” he said.