Donald Trump says Jews are leaving the Democrats. Are they? 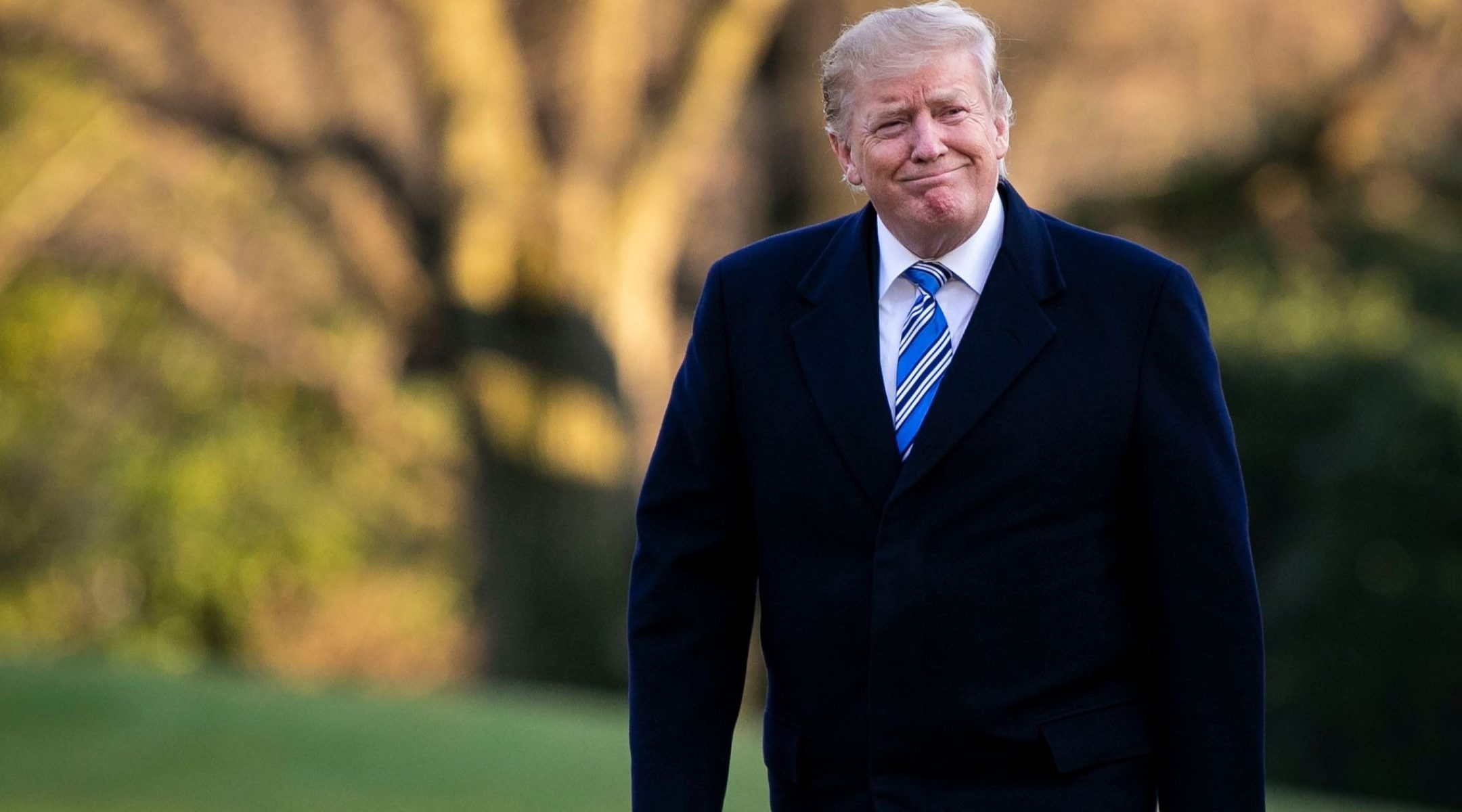 WASHINGTON (JTA) — The House hearing was about foreign aid, and almost as soon as it started it took a political turn: The most powerful congressional appropriator was asking one of Washington’s most influential lobbyists about bipartisanship.

“What in your view would be the consequence of making Israel a political football?” Rep. Nita Lowey, D-N.Y., the chairwoman of the Appropriations Committee, asked Howard Kohr, AIPAC’s CEO, at a hearing Tuesday of the committee’s Foreign Operations subcommittee.

Kohr, who has led the American Israel Public Affairs Committee for upwards of two decades, leaned into his mic, appearing eager to swing at this softball. U.S. influence in the Middle East depended on Republicans and Democrats working together, he said.

“We will do everything we can [to make sure] that that bipartisanship remains,” Kohr said. “Support for Israel is not a Democratic issue, it’s not a Republican issue and we believe that.”

The meeting soon returned to the expected pleas from the heads of foreign policy and assistance groups (including Kohr and J Street’s Jeremy Ben-Ami) to maintain and increase foreign aid overall as a means of maintaining American influence abroad at a time when President Donald Trump seems intent on rolling it back.

Lowey’s pointed question, of course, was not out of the blue: Barely three hours earlier, Trump issued another in increasingly frequent salvos calling on Jews to leave the Democratic Party, their traditional home. He used his Twitter following of mass millions to promote “Jexodus,” a thinly disguised Republican effort to get millennial Jews to bolt the Democratic Party.

The group, whose spokesman is a former Trump campaign aide and model named Elizabeth Pipko, was launched last month at the Conservative Political Action Conference by Jeff Ballabon, a Republican strategist who advised the Trump presidential campaign.

“‘Jewish people are leaving the Democratic Party,’” Trump said Tuesday morning on his feed, quoting Pipko, who appeared the same morning on “Fox and Friends” on the Fox News network. “‘We saw a lot of anti Israel policies start under the Obama Administration, and it got worsts [sic] and worse. There is anti-Semitism in the Democratic Party. They don’t care about Israel or the Jewish people.’ Elizabeth Pipko, Jexodus.”

Trump has made the claim multiple times in recent days, as the Democrats were roiled by comments made by one of their own — Rep. Ilhan Omar of Minnesota — that many took as anti-Semitic in effect and possibly by intent. Last Friday Trump called Democrats an “anti-Jewish” party.

The charge made Democrats furious (which may be Trump’s goal beyond any bid to attract new Jewish voters to Republicans).

“For the president, who when neo-Nazis marched in Charlottesville in front of a synagogue and said ‘burn it down’ and he said ‘both sides’ are to blame, this is a new divisive low,” Senate Minority Leader Chuck Schumer, D-N.Y., wrote in a Facebook post, referring to the deadly white nationalist rally in Virginia in the summer of 2017.

Democrats also said it was absurd to claim that Jews were leaving the party — the Jewish Democratic Council of America noted that Jewish votes for Democrats actually increased in the November midterms.

The midterms came, however, before the seemingly unending saga of Rep. Ilhan Omar and the accusations that the freshman Minnesota Democrat had used anti-Semitic rhetoric.

Omar’s latest transgression two weeks ago was to say she felt pressured into pledging “allegiance” to Israel; Jews in the Democratic House charged that she was invoking an anti-Semitic slander of dual loyalty. That led to a resolution last week passed by the House that condemned anti-Semitism, Islamophobia and other forms of hate.

The resolution singled out insinuations of dual loyalty for special opprobrium, but Republicans said it did not go far enough and failed to name Omar.

Matt Brooks, the executive director of the Republican Jewish Coalition, said in an interview that the Omar controversy would help him make a case that he has pressed for a decade: Democrats are not doing enough to combat anti-Israel and anti-Jewish activity within their ranks.

“There is a virulent strain with the Democratic Party that’s on the rise in terms of anti-Semitic and Israel bias,” said Brooks, adding that the RJC is planning a massive get-out-the-vote drive among Jews ahead of the 2020 presidential election.

Pipko said in her Fox interview that Jexodus also would work Jewish communities ahead of the presidential election, particularly in swing states where the Jewish vote can still make a difference. Trump’s tweet about Jexodus was a PR coup for the group; the 23-year-old Pipko is the only name that appears on its website.

Brooks’ counterpart at JDCA, Halie Soifer, ridiculed the notion that Jews were up for grabs.

“The Democratic Party has always been the home of the Jewish electorate and President Trump’s presidency has only reinforced that,” she said in an interview.

Soifer cited Trump’s policies restricting immigration, cutting back on subsidies for the social safety net and statements widely seen in the liberal and centrist Jewish community as bigoted.

“As President Trump has implemented policies antithetical to Jewish values, Jews have rejected it in record numbers,” she said.

Notably, in exit polling last November, 72 percent of Jewish respondents said they blamed Trump’s nativist rhetoric in part for fueling the massacre of 11 Jews at a Pittsburgh synagogue days before the election. The shooter had complained that a Jewish group, HIAS, was behind a migrant caravan that Trump said was mounting an “invasion” of the United States.

Trump’s goading of the Democrats comes just two weeks before the annual AIPAC policy conference. Israeli Prime Minister Benjamin Netanyahu will speak at the conference and also meet with Trump. The Israeli leader has stridently defended Trump against charges that he encourages anti-Semitism.

A partisan free-for-all is the last thing AIPAC and mainstream Jewish groups want. The lobby has already made much of the high-level speakers it is attracting from both parties, including the House Democratic whip, Steny Hoyer of Maryland, and the minority leader, Kevin McCarthy of California.

Logan Bayroff, a spokesman for J Street, the liberal Jewish Middle East policy lobby with a political action committee that has backed only Democrats, said Trump should not rely too heavily on Netanyahu to garner Jewish support. Netanyahu, he said, has alienated American Jews with his own sharp rightward turn in recent years.

“As Netanyahu in his own scramble to ensure his own political survival is digging deeper into racist attacks on Arab Israelis, you’re going to see more and more American Jews pushed toward the camp where J Street is,” Bayroff told JTA.

It did not seem as if even Pipko of Jexodus was entirely convinced of her mission. Asked by her Fox interlocutors about whether she had persuaded her Jewish friends to come aboard, she said: “I don’t think they’re going to change.”