AIPAC must get tough with the anti-Israel left 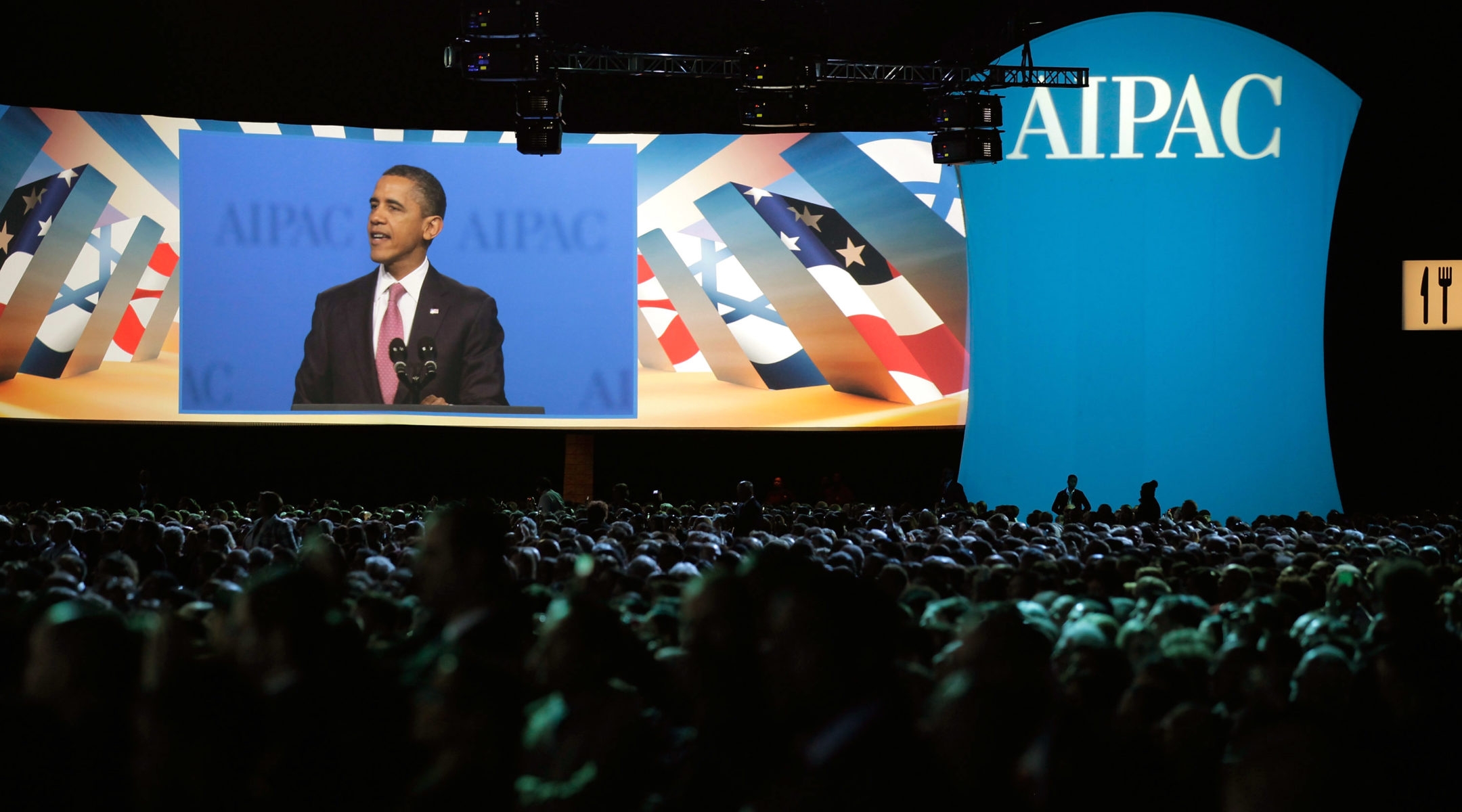 LOS ANGELES (JTA) – AIPAC has long promoted bipartisanship as the key to maintaining broad support for the U.S.-Israel relationship. Members of Congress from both parties regularly attend its annual policy conference, which concluded Tuesday, and the organization’s biggest legislative priority, securing foreign aid for Israel, is overwhelmingly supported in both chambers of Congress. In AIPAC’s worldview, every legislator is a friend or a potential friend.

This approach works – until it doesn’t.

In 2016, AIPAC’s then-president Lillian Pinkus controversially rebuked then-presidential candidate Donald Trump, who received warm applause for his strong critique of President Barack Obama’s policies. In front of 18,000 conference attendees and thousands more watching via livestream around the world, she characterized his remarks as something “which has the potential to drive us apart, to divide us,” and added that “we take great offense against [ad hominem attacks] that are levied against the president of the United States of America from our stage.”

Her remarks were politely accepted by the crowd. But the incident marked a new era for AIPAC: The pro-Israel lobby had grown so nervous in recent years about offending the political left that it scolded its most loyal and informed members for their spontaneous support for the truth.

Most Jewish members of Congress over the decades have been Democrats, as are a large majority of American Jews. AIPAC is naturally comfortable with that side of the political aisle and therefore has respected the role of the Zionist Organization of America, Christians United for Israel and the Republican Jewish Coalition, among other groups, cementing and celebrating relations with pro-Israel conservatives.

But Obama led a dramatic reversal. Stating that we needed “daylight” between the United States and Israel, the two-term president picked political fights with Prime Minister Benjamin Netanyahu over borders and settlements, including in eastern Jerusalem, tilted toward Israel’s hostile enemy, the Shiite regime in Iran, leaked Israeli defense actions in Syria and, in a parting shot, sided against Israel on a one-sided  Security Council vote at the United Nations.

When Obama endorsed Jerusalem as Israel’s eternal capital to an AIPAC audience, but then immediately reversed himself, AIPAC kept quiet. Whenever his secretary of defense, Chuck Hagel, who had gotten in trouble for castigating “the Jewish lobby,” criticized AIPAC, the lobby remained mute. When Obama spoke in the Arab world in 2009 with a pernicious narrative that Israeli sovereignty was rooted in recovery from the Holocaust, AIPAC did not answer back to argue for the 3,000-year Jewish history in Jerusalem.

By 2012, Democratic National Convention delegates were booing the idea that Jerusalem was the capital of Israel.

To appease these progressives, AIPAC treaded very cautiously in confronting Obama, seeking access and accommodation by choosing one of his political supporters, Lee “Rosy” Rosenberg, to serve as its president in 2010.

AIPAC has long been aware of the anti-Israel left. But today, many Democratic organizations and activists have moved sharply toward that once minority position, creating an energy that has intimidated traditionally pro-Israel Democrats. The progressive PAC MoveOn called on Democratic presidential candidates to skip AIPAC this year. The Women’s March leader Linda Sarsour tweeted in 2016 that AIPAC is “anti-Palestinian, anti-human rights,” and this year accused the organization of funding anti-Muslim groups.

Left-wing hostility to Israel is so pronounced by now that AIPAC cannot appease it. The campus radicals have come to Congress. Six of the seven Democrat senators running for president opposed recent anti-BDS legislation in the Senate. Congressional votes against anti-Semitism are now watered down.

AIPAC may have to adjust to the messy real world of an increasingly partisan Washington, D.C., which now features anti-Israel voices rapidly changing the Democratic Party. If it hopes to continue to be effective and respected, AIPAC must redouble its support for those in both parties who oppose the anti-Israel left, rewarding friends and punishing enemies.

AIPAC President Howard Kohr’s speech at this year’s policy conference certainly made it clear that AIPAC will not allow attacks on the lobby to go unanswered. But if AIPAC had confronted Democrats earlier, Obama may never have pursued his dangerous Iranian policy, which AIPAC gamely fought but lost. While AIPAC does not rate or endorse candidates, it can certainly use care not to invite as speakers those who endorsed the Iran nuclear deal or fail to condemn by name AIPAC’s most aggressive opponents.

Larry Greenfield
is a fellow at the Claremont Institute for the Study of Statesmanship & Political Philosophy
The views and opinions expressed in this article are those of the author and do not necessarily reflect the views of JTA or its parent company, 70 Faces Media.