Is the ‘Veep’ character Sherman Tanz an anti-Semitic caricature? 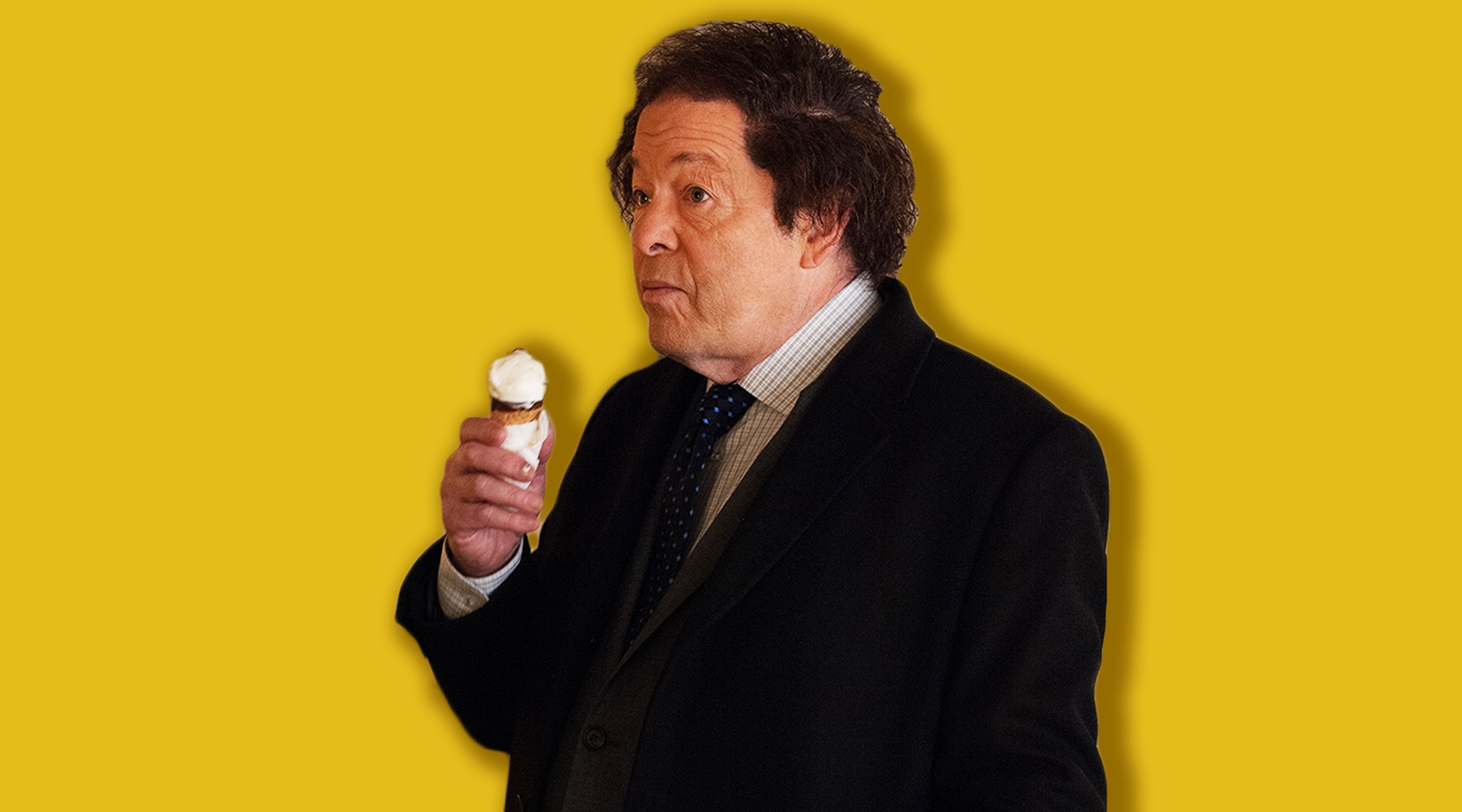 (JTA) — HBO’s acclaimed political sitcom “Veep” returns for its seventh and final season on Sunday at a time when anti-Semitic tropes are in the news — the brouhaha surrounding Rep. Ilhan Omar, for example.

That means it’s the perfect time to consider whether one of the show’s most interesting characters — Jewish private prison magnate Sherman Tanz — crosses the comedic line into anti-Semitism.

Tanz, who debuted in the sixth season of “Veep” and is returning for the seventh, is played by the noted stage actor Jonathan Hadary. He is depicted as a powerful and vulgar political donor, one who openly boasts about his power to buy off politicians in order to serve his shady business interests, which in addition to private prisons include payday lending. A season-long subplot has Tanz working to engineer a government shutdown in order to enrich himself and his businesses.

The character appears to be a fairly direct parody of Republican megadonor Sheldon Adelson, a casino magnate who has donated millions to Jewish and pro-Israel causes, in addition to several conservative politicians. However, Tanz is younger, and not explicitly of any political party (“Veep” tends to keep its satire nonpartisan).

David Mandel — the series’ Jewish showrunner, who has also worked on “Curb Your Enthusiasm” and wrote some episodes of “Seinfeld” — described Tanz as “a little bit of a quasi-Mercers-meet-Sheldon Adelson” to The Atlantic in 2017 (also referring to non-Jewish Republican donor Robert Mercer).

Sherman Tanz is emphatically Jewish. He’s described as an “Israel hyperenthusiast,” and he peppers his speech with occasional Yiddish. In a kind of reverse Trump-Kushner-Ivanka scenario, Tanz positions himself as a financial backer and puppet master to the dimwitted congressman Jonah Ryan. He wants Jonah to marry his daughter, and requires him to undergo a ritual circumcision. By season’s end, Jonah is running for president, with Tanz’s backing, to set up the final season.

From an irreverent satirical perspective, the show doesn’t go easy on the character. “He puts the ‘Jews’ in ‘why people hate Jews,'” a character says of Tanz at one point, and another calls him “Fyvush F***hole.” Ex-president and series lead Selina Meyer (Julia Louis-Dreyfus) calls him “Typhoid Moishe” and “Shylock Tanz.” He’s sometimes referred to as “Shlomo.”

“Richard Nixon, such a terrible anti-Semite. Great friend of Israel, though,” Tanz says in one episode.

At another point, there’s this dialogue:

“All noes,” says one of Selina’s aides, Amy Brookheimer.

There’s no question that the character plays into a lot of negative Jewish stereotypes: He’s greedy, and a malevolent hidden hand behind the scenes. Steve Bannon might call him a globalist — in one scene, he’s even shown playing with a stress ball in the shape of the globe.

But should the character be seen as an anti-Semitic caricature?

It’s important to note that practically every character in the series is some combination of craven, amoral and cowardly, if not downright evil at times. It’s in line with “Veep” creator Armando Iannucci’s British series “The Thick of It” and its 2009 spinoff movie “In the Loop.” (Iannucci left the series prior to the creation of the Tanz character.)

Take protagonist Selina Meyer, whose only goal in life is to be president, no matter what kind of toll that takes on the people in her life, or Danny Chung, a war hero-turned-politician who is constantly self-serving and smug about his heroism. The list of character flaws is unending, and most of the political operatives are shockingly foul-mouthed, constantly flinging R-rated insults at each other. Few ethnic groups emerge unscathed.

Keith Kahn-Harris, an English writer and sociologist who has written extensively on anti-Semitism, refuted the idea that Tanz’s character is anti-Semitic, telling the Jewish Telegraphic Agency that “Veep” is “a program of monstrosities.” The depiction of Tanz is completely in line with the show’s general ethos of over-the-top cynicism about just about every aspect of modern-day American politics.

Still, it might be hard for some to separate some of the comedy — the Shylock references, for instance, or the Shlomo name-calling — from anti-Semitism. JTA reached out to several other American anti-Semitism experts, including Obama administration anti-Semitism envoy Hannah Rosenthal and historian Jonathan Sarna, although most said they aren’t watchers of “Veep” (at least through the episodes with Tanz).

This sort of thing isn’t exactly unheard of in prestige TV. “The Wire,” one of the most acclaimed series in history, had a character named Maury Levy, who was an uncommonly sleazy Jewish defense attorney for drug dealers. The show’s Jewish creator, David Simon, said in interviews over the years that he based the character on actual Baltimore drug lawyers who he encountered when he covered crime as a newspaper reporter.

Besides Mandel, plenty of other Jews are involved in “Veep” as well. Last season alone, a couple of episodes were written by Lew Morton and Ted Cohen, and one was directed by Craig Zisk. Former New York Times columnist Frank Rich is one of the show’s producers. Hadary is Jewish and has played Tevye in “Fiddler on the Roof” on stage.

Kahn-Harris also argued that Tanz is so similar to Adelson that the character should be seen as more of a parody of one person, not a whole group.

“In this respect, the character is more of a monstrous parody of a real life human being than it is a stock depiction of the Jewish plutocrat of the anti-Semitic imagination,” Kahn-Harris said.

“Sherman Tanz is simply one more disgusting addition to a cast full of them,” he added. “Only a true anti-Semite would see Sherman Tanz as in any way worse than the general rule of ‘Veep.’”