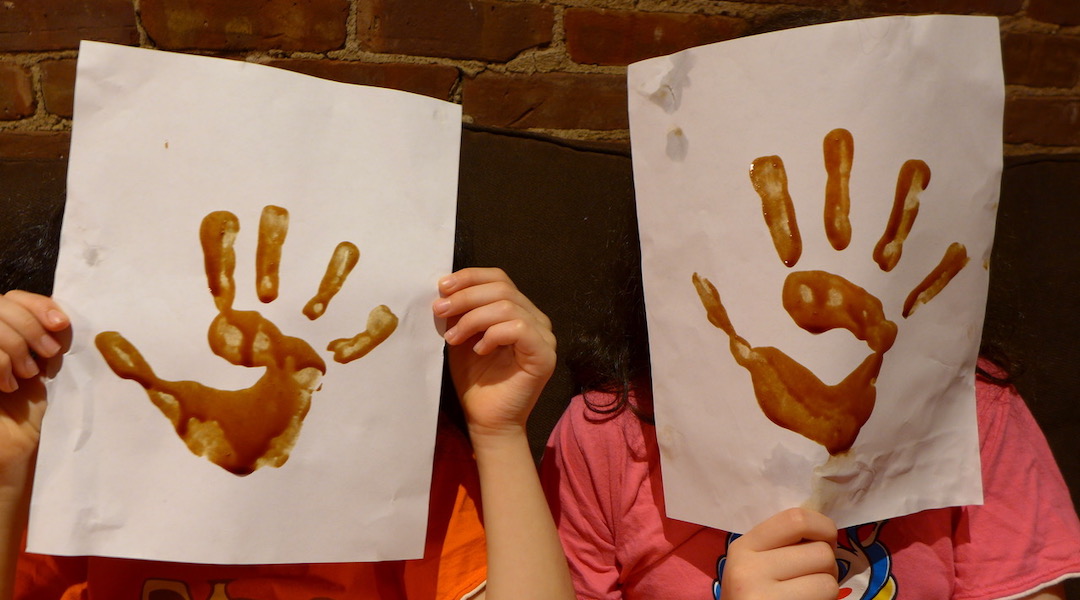 (JTA) — There are several do’s and don’ts when it comes to the Passover seder: what we may or may not eat, and the story we are obliged to tell. Within these guidelines, how do 21st-century American Jews manage to keep Passover engaging and alive?

Some find the secret to a lively holiday is in keeping it interactive and getting creative.

Here are some examples to get your juices flowing.

If you’re a guest at the Goldman-Sonnenfeldt family seder, get a pedicure. The evening begins when guests take off their shoes and walk through a huge, low, copper bin filled with water, as if they are passing through the Red Sea. Then, to combine the suffering of the Israelites in biblical times with modern suffering, Michael Sonnenfeldt starts the service by reading Martin Luther King Jr.’s “I Have a Dream” speech.

During the seder, the family enacts the plagues, with props.

“In some years, frogs hop around the seder table, hail comes down in the form of pingpong balls and rivers of blood, courtesy of Halloween packets of blood capsules, fill the water glasses,” Katja Goldman said. “And when it comes time to read of the death of the firstborn, all firstborn children are asked to get up and leave the room, so that all in attendance can feel what it is like to lose the firstborn in a family.”

Artist Nirit Takele arrived in Israel in 1991 through Operation Solomon from her native Ethiopia, where her family celebrated Passover a little differently: They did not read from the Haggadah.

“They read the story in the Torah of the Israelites leaving Egypt,” Takele said. “They did not eat hametz,” the leavened food forbidden on Passover.

Today, as Israelis, they follow the traditions of most other Israelis, holding a seder and following the Haggadah text. But Takele’s father during the seder reflects on their time in Ethiopia and the customs and traditions they observed there.

As a Sephardic and Judeo-Arabic recipe preserver, cookbook writer and culinary instructor, it is no surprise that Jennifer Abadi uses food to bring her seder alive for the children in attendance.

“When the guests’ children arrive,” Abadi said, “I have each one dip his or her hands into date haroset, the mortar-like substance that is part of the seder plate. They then press their hands onto a blank piece of paper to create a date hamsa, to ward against the evil eye. I tape our hamsas to the front door of the home, where they remain for all eight days of the holiday. The reddish tint of the dates is reminiscent of the blood the Israelites dabbed on their doorposts before leaving Egypt.”

One of the liveliest songs in the Haggadah is “Echad Mi Yodeah,” a fun “cumulative song” that lists some of the common facts about Judaism in numerical order. In addition to the Hebrew version, it can be sung in English as “Who Knows One?” In the home of Liz and Mony Rueven, however, it is sung in Yiddish, the mother tongue of Eastern European Jews.

“In Romania, where Mony’s family is from, the entire seder was conducted in Yiddish,” said Liz Rueven, a Jewish food blogger. “When they moved to Israel, the Yiddish was replaced, bit by bit, with Hebrew — except for their all-Yiddish, rowdy rendition of ‘Echad Mi Yodeah.’ And now that Mony lives in the United States, the seder is conducted in English, the songs are sung in Hebrew and ‘Echad Mi Yodeah’ remains in Yiddish.”

April Stewart Klausner is an artist, a cook, a baker and a bit of a comedian. A week before the seders, she hangs a sign by her door that reads “Mitzrayim,” Hebrew for Egypt.

“I made it by looking at photos of Israeli street and highway signs,” she said. “It goes up the second I bring up my bins from the basement, when I hang it under the door frame, over the mezuzah, pointing toward the kitchen.” 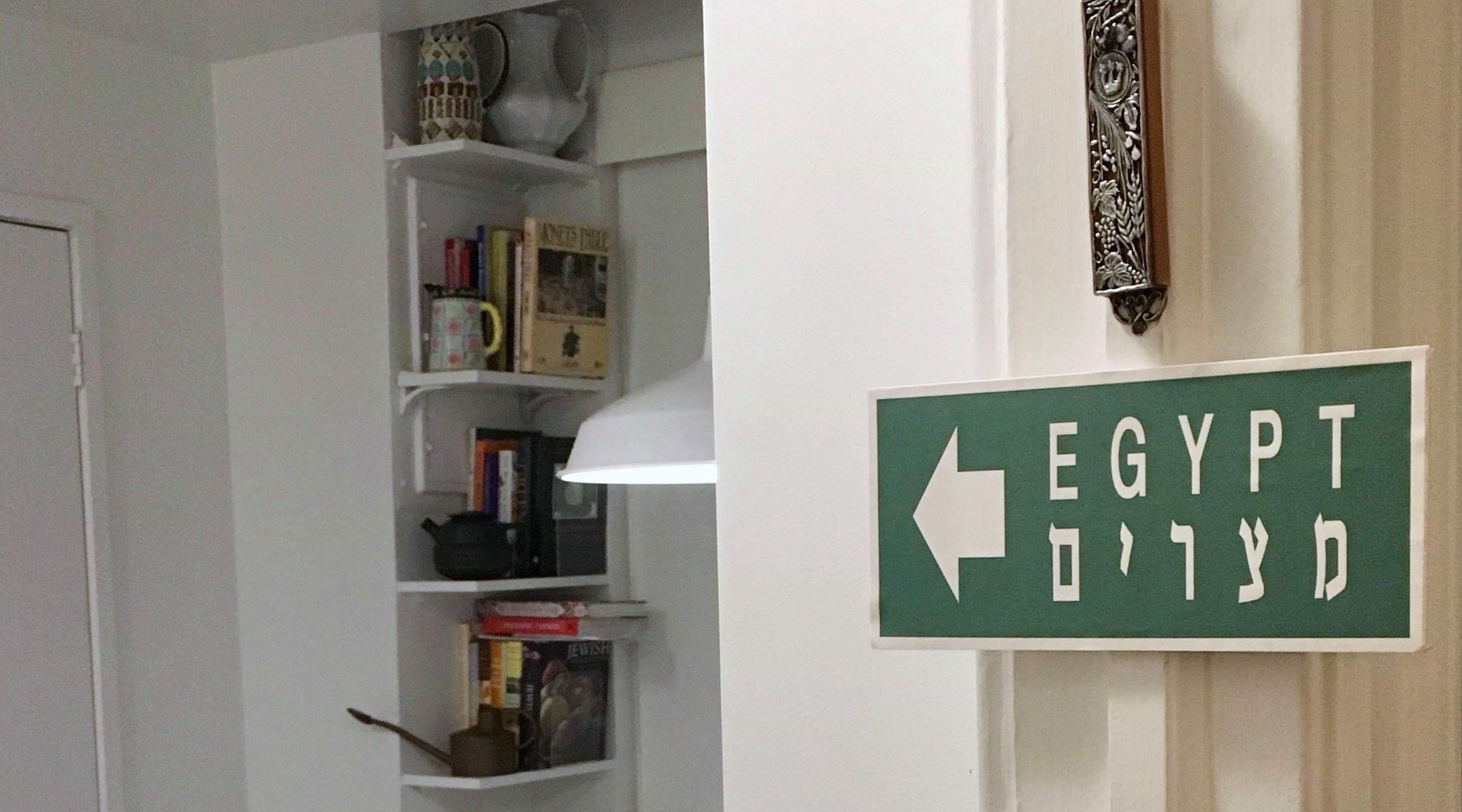 This first pre-Passover act makes it clear to all who enter her home that she is bound to her kitchen for the week before and during the eight days of the holiday. The cleaning, the cooking, the prepping, the covering of the countertops — her slavery story begins there.

When my father, Isidore Ringler, marched across Germany as a G.I. with his army unit, the 102nd Infantry Division — known as the Ozarks — they sang a song to keep them going and in step. Titled “Men of the Ozarks,” the song was passed down from Ringler senior to his three daughters and their progeny.

Once that is completed, the whole group jumps to its feet, sings “Hatikvah” and then belts out “Men of the Ozarks” while marching around the seder table. In our family’s way, we celebrate our liberation from slavery – in biblical times through to our father’s role as a liberator in Nazi Germany. The children at our seder think “Men of the Ozarks” is as much a part of a traditional seder as the Four Questions.