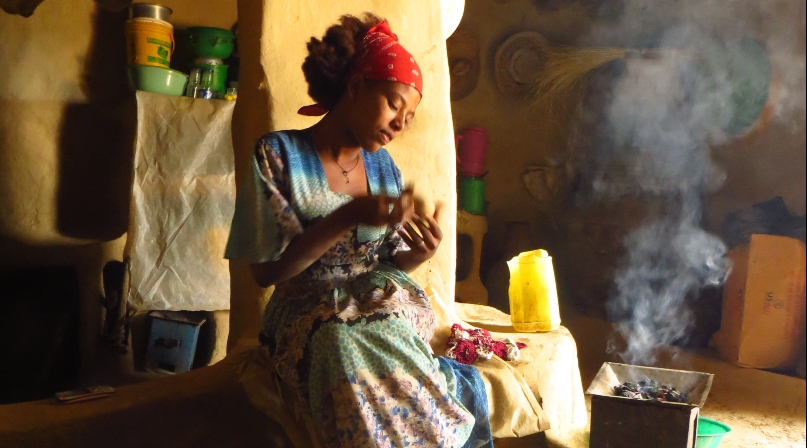 It’s a new, African version of the old adage about teaching a man to fish so you can feed him for a lifetime.

Except in Ethiopia it’s about teaching him — or her — to use cow manure to generate biofuel to power a clean-burning stove in their home.

In this case, Israeli engineering students are using technology to help rural villages become not just more environmentally sustainable, but reduce the labor and ill health effects that come with traditional, wood-based fuel for cooking.

Mark Talesnick, the Israeli professor behind the project, describes the cow manure initiative as “Shit for change.”

The biofuel oven is one of a variety of projects being spearheaded by the Israeli chapter of Engineers Without Borders, an international NGO that seeks to harness the skills of engineers to help the world’s underserved populations. The only Israeli chapter of the group is at the Technion-Israel Institute of Technology in Haifa, where some 70 students work on projects under the oversight of Talesnick, a professor of civil and environmental engineering.

The program is part of the Technion’s Center for Global Engineering, whose mission is to create long-term, sustainable engineering solutions in communities that lack access to basic needs.

“About 10 years ago, I decided I was going to leave a mark. I was going to try to find a way that my students would light the path to positive impact,” Talesnick said in a November 2013 TED talk in Israel describing his impetus for the program. “It wasn’t simple. I had to think about what we were missing, what were we giving to our students while they were studying, and what did it mean when they left to go into the real world.”

The moral imperative that guides the work, Talesnick says, is to help the world’s “have-nots” while avoiding the cataclysmic environmental damage being wrought by the world’s “haves.” He also hopes to spur among students “a social conscience about how their work could change the world” while giving them the skills and hands-on experience to do so.

Working in five groups, their efforts range from a program to improve drinking water quality and reduce indoor air pollution in the Ethiopian cities of Lalibela and Mekelle to installing turbine and solar-powered heaters in Israel’s Negev Desert. The Technion’s Engineers Without Borders chapter also has constructed dozens of “biogas reactors” in rural Nepal, launched a renewable energy project in eastern Jerusalem and developed a program to create better public spaces in the Neve Paz neighborhood of Haifa, an impoverished area with a large immigrant population. 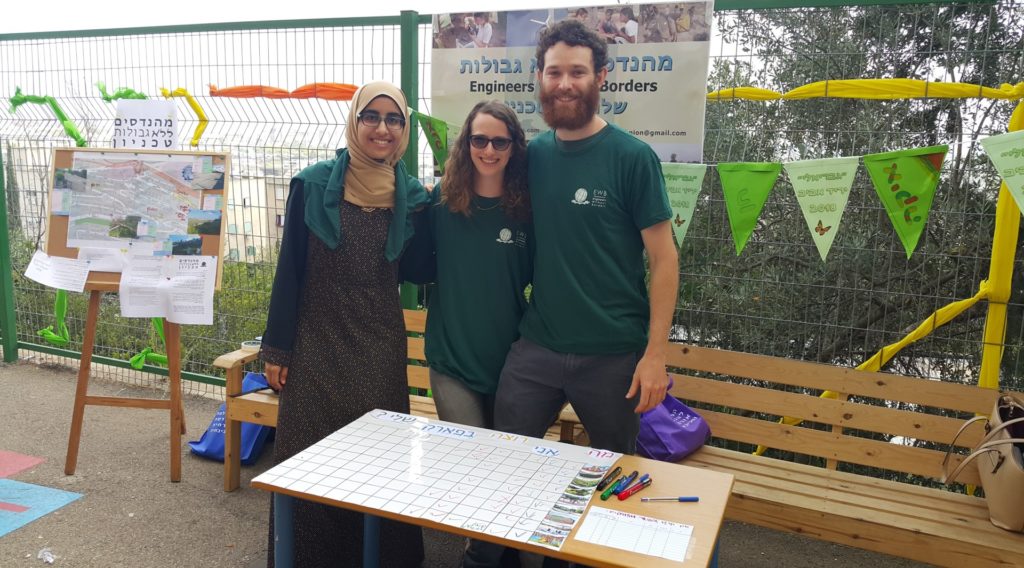 Students with the Technion’s Engineers Without Borders chapter worked with Haifa residents to develop a program to create better public spaces in the city’s Neve Paz neighborhood, an impoverished area with a large immigrant population. (Courtesy of the Technion’s Center for Global Engineering)

The first student-led project Talesnick spearheaded a decade ago sent Technion students to Nepal to develop the biogas reactors, which use natural animal and human waste to generate methane gas for cooking. In the reactors, organic waste such as animal excrement and vegetable scraps are kept in a pit while they decompose, eventually producing a slurry that can be used as fertilizer and biogas for use as an efficient fuel. The Technion students were able to produce the reactors using a much less labor-intensive process than traditional methods by developing a reusable bamboo mat to construct them.

Improving indoor cooking methods remains a major area of interest for the Israeli engineers. In many parts of the developing world, rural households use traditional wood and dung-burning ovens, burning “dirty” fuel in mud-and-straw homes with poor ventilation and investing hours of backbreaking labor to harvest wood. The carcinogenic smoke from these ovens causes major respiratory, vision and health problems — especially for mothers and their children, who spend a lot of time in the house.

This summer, a group of some 30 engineering students from Israel, Ethiopia and York University in Toronto will spend a month in Mekelle as part of a program run by the Technion’s Center for Global Engineering to develop chimneys and efficient fuel-burning stoves.

Tigabu Zegeye, a 21-year-old computer science and engineering student at the Mekelle Institute of Technology, participated in one of the summer programs two years ago and will be going back this summer. A big part of the challenge, he said, is outreach to local community members who might be resistant to change. The students going this summer will build a stove in a single household and then work with the local municipality to install it more widely.

“Sometimes people can get convinced if you show them some practical ideas. They get tired of the chimney blowing smoke back into the house,” said Zegeye, who grew up in a small village in rural Ethiopia about 100 miles from Mekelle. 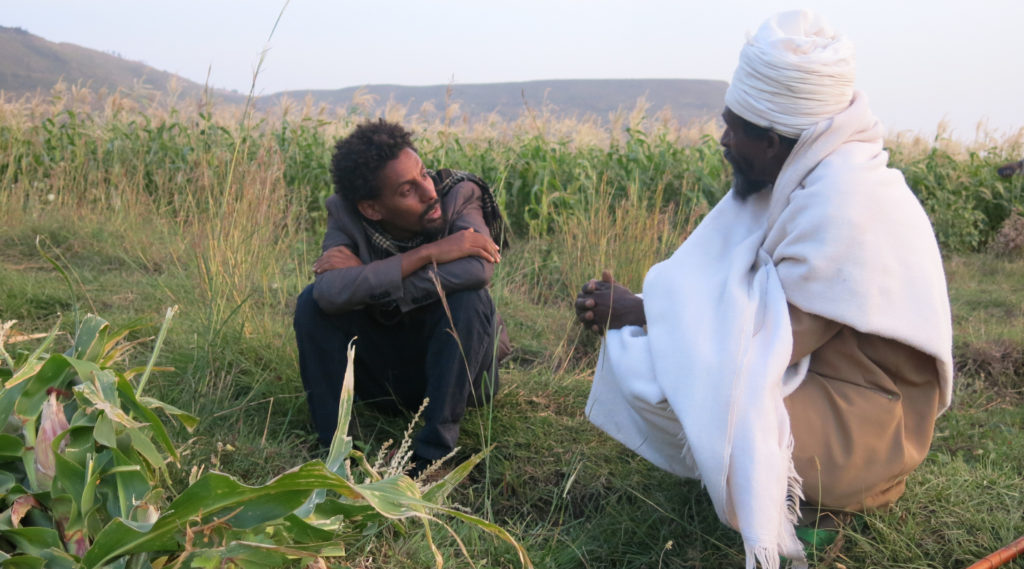 A big part of the challenge in bringing new technologies to rural Ethiopia is outreach to locals who might be resistant to change. (Courtesy of the Technion’s Center for Global Engineering)

Tamar Fradkin, 27, an architecture student at the Technion, did a summer course in the program in 2016. She took classes on globalization, the developing world and sustainability, and spent a week in a village in northern Ethiopia learning about local problems and helping devise solutions.

“It gave me one of the strongest tools I’ve received in my education — the human perspective on our work, an understanding of who we’re designing for,” Fradkin said. “In academia, often you’re studying books rather than learning and meeting real people in the field. This is one of the most important and practical things I’ve done. You feel that you’re doing something.”

Ari Van Der Merwe, a 24-year-old Technion student from Jerusalem, spent his summer in 2017 working on an Engineers Without Borders project much closer to home, in Haifa. His mission was to develop a project to help the local underserved population. Locals repeatedly said that what they needed was green, open space, something that was lacking in their community since a park in the neighborhood fell into disrepair years earlier.

While not a traditional engineering project, it required students to develop problem-solving and community outreach skills that are part of the Center for Global Engineering’s mandate.

“I was looking for something closer and really on the ground, where you can be there every week and you’re making a difference where you live,” Van Der Merwe said.

The students also volunteered at a local elementary school and explored a variety of other projects, including creating an Ethiopian-style cafe where new immigrants to Israel from Ethiopia could share their culture with their native Israeli neighbors in Haifa.

“For these communities, a little change makes a huge change in their quality of life,” said Dr. Avigail Dolev, director of the Center for Global Engineering.

Meanwhile, the students get hands-on experience using their education and skills to develop solutions to real-life problems.