The liberation fight for Soviet Jews was a miracle. Most of us didn’t know about it. 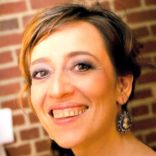 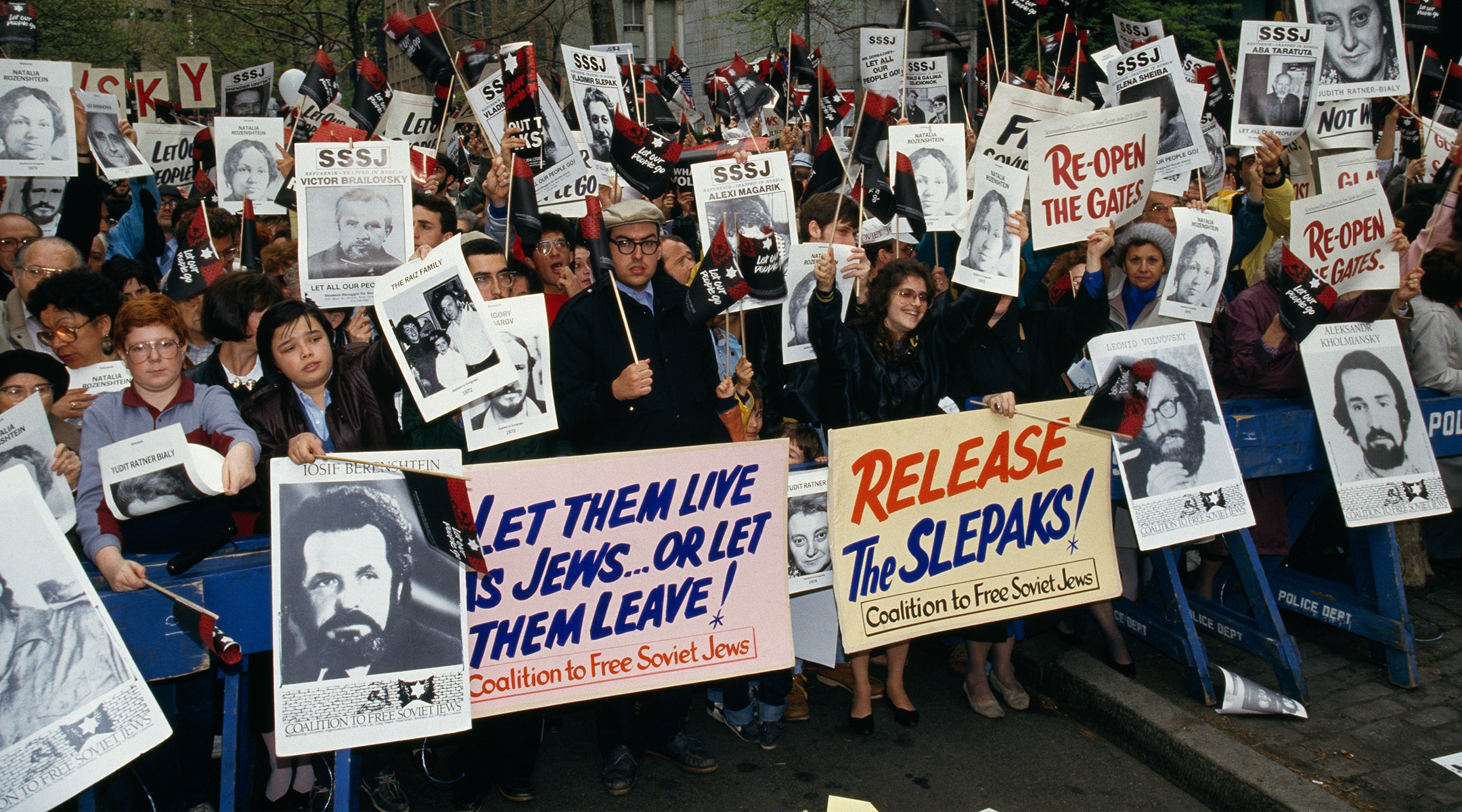 A U.S. demonstration on behalf of the liberation of Soviet Jews (Rick Maiman/Sygma via Getty Images)
Advertisement

(JTA) — In 1989, as the Soviet bloc was falling apart at the seams, the sea parted for our family, and we, along with 2 million other Soviet Jews, walked to freedom.

This modern-day Exodus, which writer Cynthia Ozick described as one of the “great liberation strivings of the twentieth century” along with the civil rights movement in America and the end of apartheid in South Africa, was the culmination of a 25-year struggle by the global Jewish community in which American and Israeli Jewry played a leading role.

But most of us ordinary Soviet Jews knew very little, if anything, about it.

Ensconced behind the Iron Curtain, we had no idea that American Jews had taken concerted political action to put pressure on Soviet leadership to let the Jews emigrate. The Soviets were terrified of the campaign for Soviet Jewry and made it a taboo for the state-controlled press to report on it. Unless you were part of a tight-knit circle of refuseniks, had access to “samizdat” literature or regularly listened to foreign broadcasts  – dangerous activities that could have dire consequences – you remained in the dark.

In the Soviet Union, casual anti-Semitism was the stuff of daily life. You could be insulted for being a Jew — a judgment passers-by made based on your facial features — anywhere you went. In a country that was the site of nearly half of the Holocaust deaths (2.7 million), memory of the Holocaust was suppressed.

The central principle of Jewish life – the passing of memory, religion and tradition to the next generation – was explicitly subverted. Jewish communal and religious life was absent, and formal religious and secular Jewish education was prohibited. The KGB harassed those who came together informally to study Hebrew, and the teaching of Hebrew could land you in jail.

Jewish quotas were instituted throughout universities and various professions, shrinking our educational and professional opportunities. Between 1965 and 1976, the number of Jewish university students declined nearly 30 percent.

My family wanted to leave, but for a long time the doors were closed from the inside. Applying for emigration was itself dangerous business. Applicants were treated as traitors of the state. If you applied and were rejected, you became a refusenik, lost your job and were pushed to the margins of society.

We had the vague sense that decisions about our emigration were tied to Cold War politics, but most of us knew nothing about American Jewry knocking on every door imaginable to demand that Moscow “let my people go.”

Our family was finally able to leave in October 1989. I was 19 years old. Our journey to the United States ran through the transit stations of Vienna and Rome, where representatives of HIAS, the Hebrew Immigrant Aid Society, processed us. In Italy, we had to find a place to stay and wait to be interviewed by U.S. government representatives. No one knew how long the wait would be, nor what would happen if you were rejected. Some people we met had been there for six months.

We had left the USSR with $50 per person (the maximum allowed) and so needed financial assistance throughout the wait period. The supplement came in regular installments, just enough to pay for modest food and housing. Where did that money come from? We didn’t really know.

When we finally did arrive in America, four months after our journey began, the encounter with those who had fought for us was awkward.

The cultural gap between Soviet and American Jews was enormous. After 70 years of religious prohibition, most of us didn’t rush to fill the synagogues. When we did, it could be a disconcerting experience.

I remember one of my early attempts, a Shabbat service for young professionals. Being at the service felt foreign, as the Marxist moniker for religion as “the opiate of the masses” suddenly sprang to my mind. The study session that followed was even stranger. I was in a room with American Jews in their mid-20s, and everyone was engrossed in a sheet of paper with paragraphs of small-print text dancing around a larger-print block of text in the middle. The teacher kept repeating the name Rashi, and everyone beside me seemed to know who he was and spoke with great authority about him.

How could I convey my Soviet Jewish experience to this self-assured group of young American Jews? It was so different from theirs.

Our Jewish identity was strong, but it was purely ethnic. We couldn’t see what religion had to do with being Jewish. When it came to our spiritual tradition, we were like the fourth child at the Passover seder, the one who doesn’t know enough to ask a question.

Perhaps because it felt so hard in those early years – or perhaps that is how refugee experiences go – rather than reclaiming our Judaism, we were preoccupied with the basics: What’s a checkbook and how do you use it? How do you pick a brand of milk from a dozen varieties on the supermarket shelf? What’s the point of saving for retirement when life is so unpredictable?

But I was determined to make this difficult spiritual journey for all those in my family who couldn’t – my grandparents and others who were persecuted as Jews but in fact knew little about Judaism and Jewish culture and tradition. This Passover, it occurred to me that if I’d found myself at a table where the Haggadah was read only in Hebrew, I’d actually be fine.

It took nearly 20 years before I began to think about what and who specifically had helped shepherd us along with 2 million other stateless refugees across international borders and resettle us in new lands.

When I finally knew what questions to ask, the answers overwhelmed me. All around me – at every Jewish event, at every synagogue – were people who had contributed to the campaign to liberate us: had given money, marched, written letters, and had bar mitzvahs and bat mitzvahs in honor of the Soviet Jewish children who couldn’t.

I learned how hard American Jews had worked to keep refuseniks’ names in the headlines. I learned about the campaign’s highest point, the Freedom Sunday rally on the Washington Mall in December 1987, when a mind-boggling quarter of a million people came together to demand freedom of emigration for Soviet Jewry.

Only a person who left the unfreedom for freedom can fully appreciate the meaning of that journey. I never take my freedom for granted.

I feel deeply grateful to all who helped us along the way – those who fought for us, led us on our own trek through the desert, taught us how to live in this American life and, when we were ready, patiently and lovingly showed us the way back to our tradition. All those who were God’s mighty hand and outstretched arm on our passage from slavery to freedom.

The campaign for Soviet Jewry was a glorious episode in the history of American and global Jewish history. It’s a story we would do well to remember.

Izabella Tabarovsky
is a scholar with the Kennan Institute at the Wilson Center.
The views and opinions expressed in this article are those of the author and do not necessarily reflect the views of JTA or its parent company, 70 Faces Media.