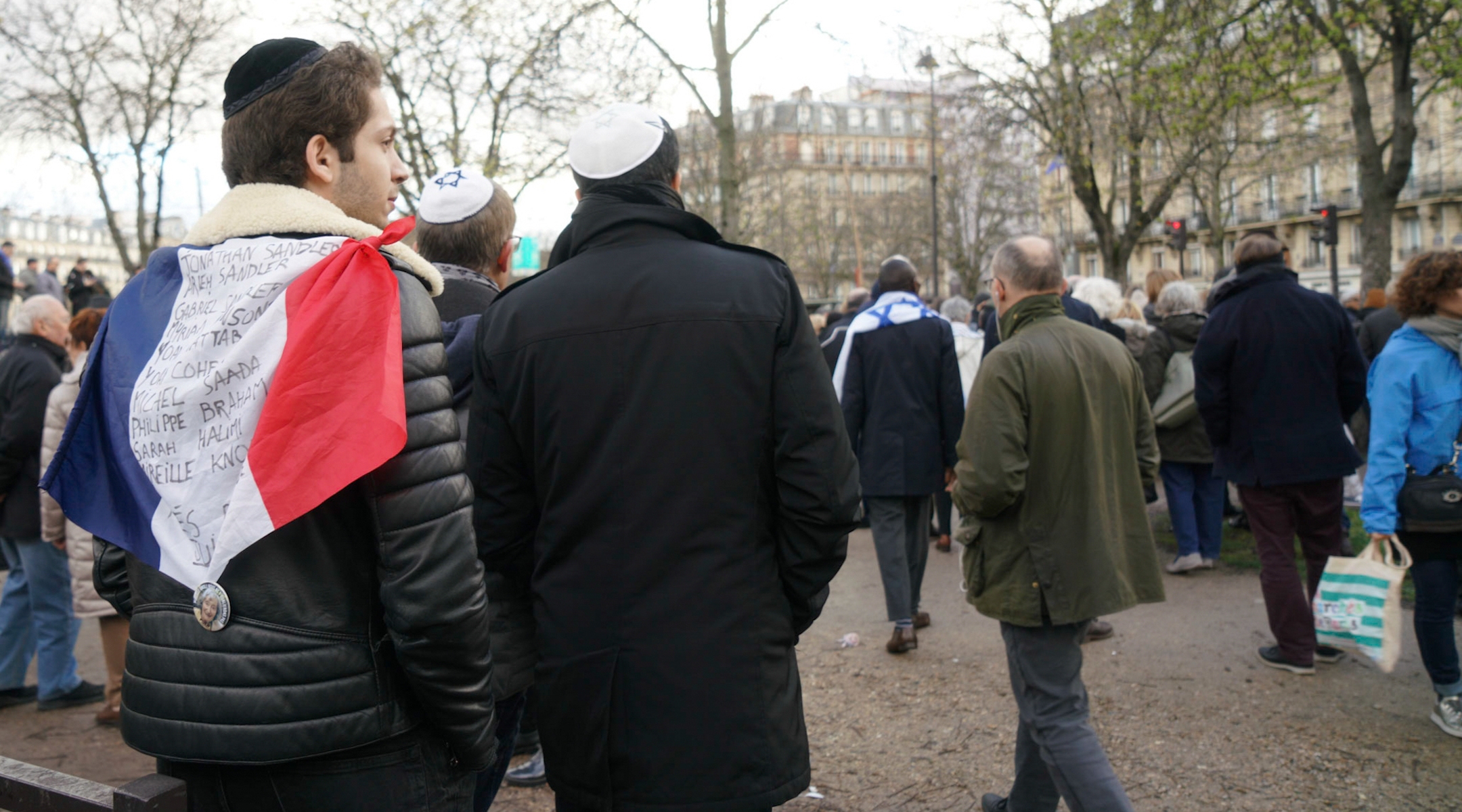 (JTA) — For most of his adult life, Sammy Ghozlan has worked with French authorities fighting crime.

Ghozlan, 75, started as a police officer, ascending through the ranks to become a police commissioner in the Paris area.

And since 2002 he has headed one of French Jewry’s most prominent watchdog groups. The National Bureau for Vigilance Against Anti-Semitism, or BNVCA, specializes in documenting hate crimes against Jews and helping victims bring offenders to justice.

Ghozlan, who moved to Israel in 2015, “generally had confidence in the French justice system, despite its flaws” for most of those years, he told the Jewish Telegraphic Agency on Monday.

But that began to change, he said, with the 2017 murder in Paris of Sarah Halimi, a Jewish physician.

“There has been a series of failures” in police and the judiciary’s handling of the case, Ghozlan said, his gravelly voice uncharacteristically laden with emotion. “It defies belief. But it corresponds to broader problems. Today I no longer have full confidence that anti-Semitic hate crimes in France are handled properly.”

The final straw was the unusual decision this month by the judge presiding over the murder case to order a third psychiatric evaluation of the man who confessed to killing Halimi.

Ghozlan said it was the first time he had seen a judge order an evaluation independently of the defense. For Ghozlan and other French Jews, the move suggested that the system was reluctant to identify and confront anti-Semitism by Muslims, despite evidence that it is a persistent factor in the persecution of Jews in France.

“It makes me believe her trial is heading to a miscarriage of justice,” Ghozlan said.

The review by an independent panel of psychiatrists determined that the defendant, 29-year-old Kobili Traore, is generally mentally competent — but on the night of the killing he was not in control of his faculties, partly due to the consumption of cannabis.

Traore, a devout Muslim of Malian descent, shouted about Allah and called Halimi “a demon” while he was pummeling her to death, witnesses said, eventually shoving her out a window. He had called Halimi’s daughter “dirty Jewess” several times before the incident, the daughter said.

“If you drive intoxicated, the judiciary considers this an aggravated element,” Ghozlan said. “You get a stiffer sentence. But apparently if you kill a Jew under the influence, you may not stand trial at all.” 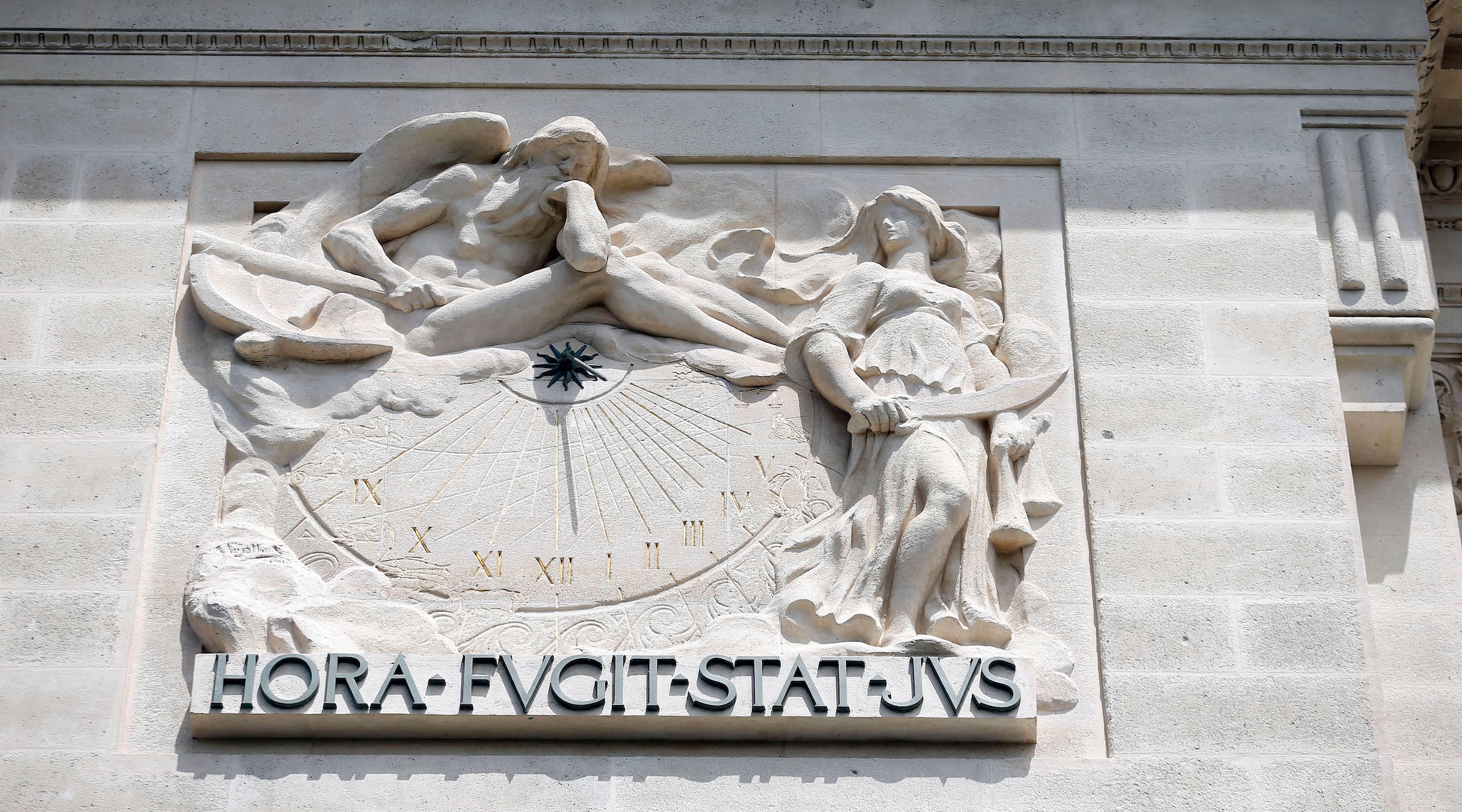 Ghozlan has company in his criticism over the latest twist in Traore’s trial.

Earlier this month, more than 30 prominent French thinkers, including the Jewish philosopher Alain Finkielkraut, penned an op-ed in the Le Figaro daily expressing concern and outrage over the possibility that Traore would not stand trial.

“Is psychiatry the new tool for denying reality?” they demanded to know. “In France today, is being Jewish a form of incitement to murder by disturbed individuals? Is this an attempt to prepare public opinion for a reinterpretation of the 10 Jews murdered by Islamists?”

Prosecutors initially indicted Traore on manslaughter charges without the aggravated element of a hate crime. Following protests by French Jews, the hate crime element was added to the indictment six months after Halimi was killed. The Justice Ministry and police have consistently declined to discuss the case while it is pending.

On the judicial level, “the apparent tendency of the judge to undermine the competence of Halimi’s killer fits into a pattern,” Ghozlan said.

He cited the 2003 slaying of a young Jewish man, Sebastian Selam, by a Muslim who said after stabbing Selam: “Mother, I’m going to heaven. I killed a Jew!” Adel Amastaibou was found not fit to stand trial despite having no history of mental illness.

Since the 2012 murder of four Jews by an Islamist at a school in Toulouse, French authorities have spent millions of dollars to protect Jewish institutions. In 2017, President Emmanuel Macron publicly called anti-Zionism a form of anti-Semitism – a first for a presiding head of state in France.

But the flawed handling of anti-Semitism by authorities “goes back a long way,” Shmuel Trigano, a prominent scholar of French anti-Semitism, wrote in 2017 about the Halimi case.

The French media, justice officials, politicians and even representatives of French Jewry maintained from 2000 to 2002 a “virtual blackout on more than 500 cases of anti-Semitic violence” directed by Muslims at Jews, allegedly as payback for Israel’s actions.

The silence was lifted, somewhat, with the 2002 publication of “The Lost Territories of the Republic” by historian Georges Bensoussan (writing under the alias Emmanuel Brenner). The book exposed the reluctance of French schools and politicians to address anti-Semitism by the Muslim community.

Despite the book and the coverage that followed, activists against anti-Semitism say many in influential circles continue to ignore the phenomenon.

“There is discomfort about anti-Semitism in France, but it translates into action most rapidly when the culprits are from the far right,” Ghozlan said. “Muslims is another story.”

The mainstream media, for example, did not report Halimi’s slaying as an anti-Semitic crime for weeks. France was in the midst of a presidential campaign, and Ghozlan suggests that a part of that reticence was a reluctance to feed the agenda of far-right and anti-Muslim candidate Marine Le Pen. She would end up with 33 percent of the vote, by far her National Front party’s best electoral performance since its establishment in the 1970s.

And then there are attempts to downplay the new anti-Semitism, which BNVCA says accounts for nearly all of the hundreds of violent attacks perpetrated against Jews in France each year.

In its annual report for 2016, the French National Consultative Commission on Human Rights – a government watchdog – wrote that a “significant part of the anti-Semitic acts (actions and threats) pertains to neo-Nazi ideology, whereas in most other cases the perpetrators’ motivations are difficult to ascertain.” It did not mention attacks by Muslims.

Against this backdrop, police and prosecutors also seem to waver.

In 2015, a Muslim man, Farid Haddouche, was deemed unfit initially to stand trial for stabbing Jews in Marseille because of mental issues. He shouted about Allah during the attack. He had no history of mental illness.

Further inquiries, conducted under vociferous protests by Jewish groups, led to his indictment and sentencing to four years in jail.

Trigano, the scholar of anti-Semitism, wrote that these earlier cases of denial are merely “rehearsals” for the judiciary’s handling of the Halimi case.