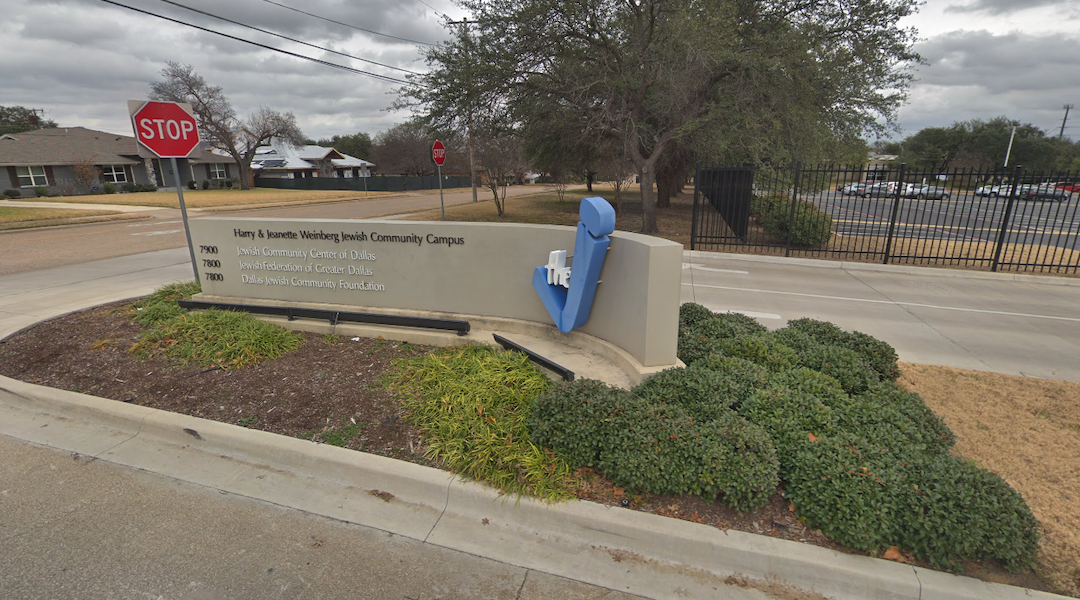 (JTA) — Upon learning that one of his employees was preying sexually on a 14-year-old girl, the CEO of the Dallas JCC allegedly responded, “It takes two to tango.”

That’s one of several accusations leveled against the senior staff of the Aaron Family Jewish Community Center of Dallas in a lawsuit filed April 30.

The suit claims that JCC executives repeatedly ignored or dismissed warnings and complaints that Randy Adrian, a gym worker in his mid-20s, was sexually harassing and assaulting a teenage girl. In a few instances, the suit alleges, JCC executives partly shifted blame to the girl.

Adrian was arrested in June 2016 and charged with the sexual assault of a child. He pleaded guilty to a lesser charge, indecency with a child, and served two years in prison.

Since Adrian’s criminal proceedings have concluded, the victim, now an adult, is suing the JCC in civil court for allegedly neglecting the crimes. An attorney for the woman said she is seeking monetary damages, and the exact amount will depend on the JCC’s response and what the jury determines. The attorney, Brent Walker, said a similar suit was dropped previously to let the criminal case run its course.

“We’ve spoken to a number of personal trainers who work there,” Walker said. “From all accounts this is something that was not a secret. It was very open and obvious to everyone who was there, which makes it all the more troubling as to why no action was taken.”

The Dallas JCC sent a brief statement characterizing the suit as an “attempt to impose civil liability on the JCC for conduct of a former, part-time employee.” The statement added, “With respect to this matter, the JCC acted reasonably. We therefore intend to vigorously contest this matter in court.”

The community center’s CEO, Artie Allen, who allegedly made the “tango” remark, declined to comment further through his assistant. The assistant also said the JCC would not comment further on the particulars of the allegations.

The JCC Association, an umbrella organization, referred to the Dallas JCC’s statement and added, “Broadly speaking, we believe that among the highest priorities for every organization is to provide a safe environment for anyone who comes through its doors.”

Four other JCC employees named in the suit appear to no longer work there and, in three cases, did not respond to requests for comment. The fourth could not be reached.

The complaint alleges a pattern of inaction on the part of Allen and his deputies. It says that sometime in late 2014, Adrian began preying on the teen. He allegedly would volunteer to instruct her workout, even though he was a cleaner in the gym and not a licensed trainer, then began making inappropriate comments to her and about her. Adrian also harassed several other girls at the facility, according to the complaint.

Using his assumed role as the victim’s “trainer,” Adrian would touch her body in inappropriate ways in public, the suit alleges. Subsequently he began assaulting her. The assaults continued for months, into 2016. Soon after he was arrested and charged with the sexual assault of a child.

“Using threats and intimidation, he molested and sexually assaulted her both while on the Fitness Center’s premises and offsite,” the complaint claims. “He eventually threatened, assaulted, and raped her on multiple occasions over a period of months.”

Adrian’s manager noticed the conduct and reported it to his superiors “constantly,” according to the complaint. But the complaint states that Adrian’s personnel file shows no reprimands or “adverse employment actions,” and the JCC never investigated his conduct. The manager did not respond to a phone call, text message or email for comment.

When the victim’s mother discussed the issue with Allen and another executive, she allegedly was told that her daughter was distracting Adrian, in addition to the “tango” remark. Adrian’s conduct eventually was reported directly to police, which led to his arrest and the guilty plea.

Walker, the victim’s attorney, said the institutional neglect in this case appears to be “unprecedented” in his experience. His firm, Aldous Walker, also represented the victim in a 2009 child sexual abuse case at the Episcopal School of Dallas, which a jury found liable for fraud and gross negligence, according to D Magazine. But in the JCC’s case, he said, it was even clearer that management knew the abuse was happening.

“The degree to which it was apparent to everyone is surprising,” Walker said. “In other cases, the institution [said] ‘We really didn’t know, it was hard to tell.’ We’ve heard that before from institutions.”

In the JCC case, he said, “When we see the degree of complaints, and nobody took any action, it makes it particularly egregious.”

Walker hopes that through the lawsuit, the JCC will acknowledge its mistake.

“They want answers, and they want to find out how to stop this from happening again,” he said of the victim and her family. “You start to see to what extent the institution becomes apologetic, acknowledges their wrongdoing, agrees to fix things. And that defines, ultimately, what the result of a lawsuit ends up looking like.”

Colleyville synagogue cofounder, the daughter of Holocaust survivors, says ‘the healing can take a long time’