In grappling with race, Jewish schools rethink approach to Jews of color 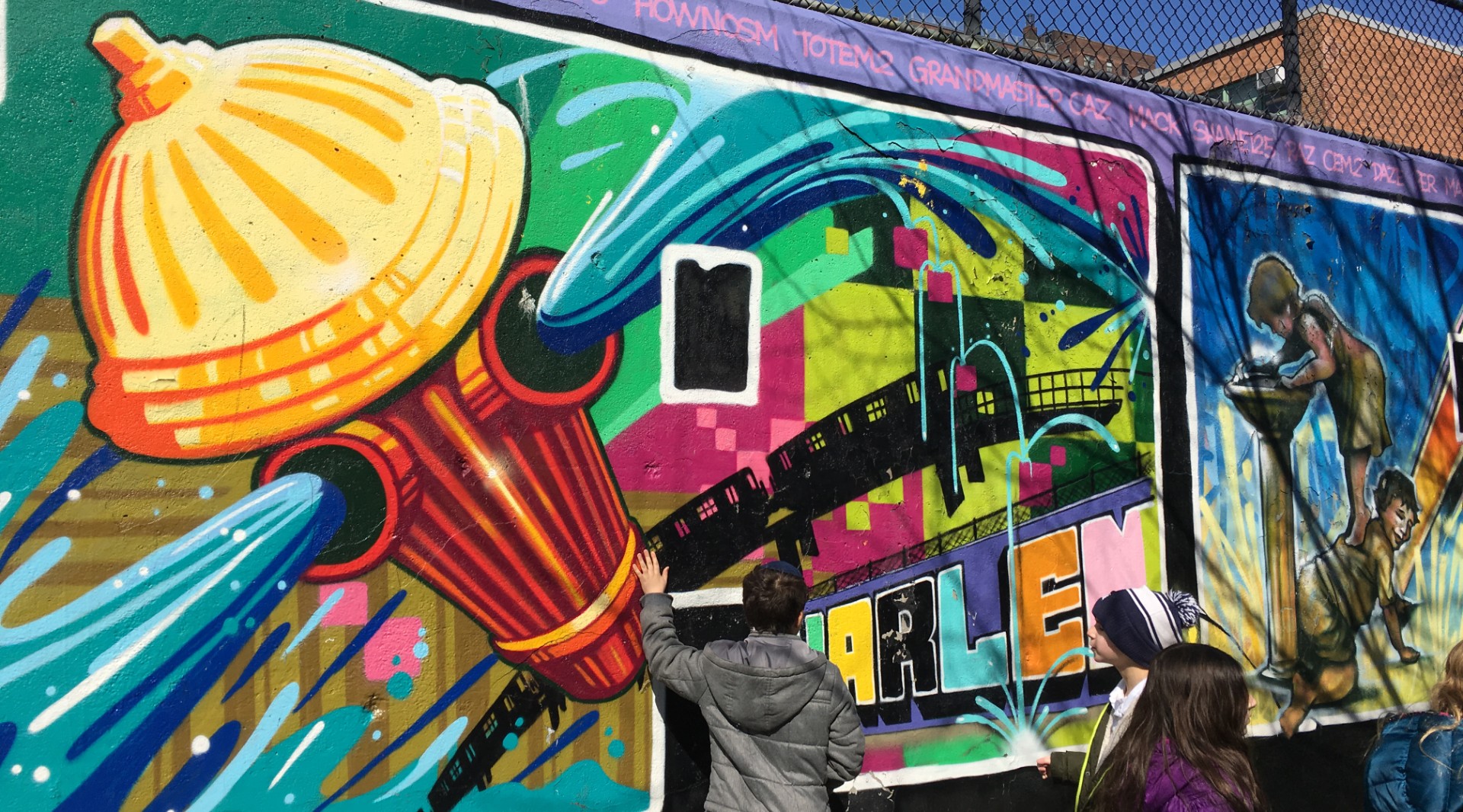 When Martha Nadell and her partner decided to enroll their daughter, Georgie, at the Hannah Senesh Community Day School in Brooklyn, they were  excited about the school’s pedagogical approach and values.

But Nadell, an English professor at Brooklyn College who is white and Ashkenazi, and her partner — who is of Puerto Rican and African-American descent and not Jewish — were concerned about the student body’s racial and ethnic homogeneity.

“Do we have any Jews of color applying to this school?” Nadell recalled asking an admissions officer. “What can we do to encourage families of kids of color to come to the school?”

The question helped push Hannah Senesh to rethink its approach to racial and ethnic identity, both within and outside the Jewish community. This year, the New York City school has held staff trainings and parent workshops, and discussed ways to recruit a more diverse student body.

“The goal is to broaden our narrative, and broaden our vision and understanding,” said Rabbi Ruth Abusch-Magder, who led a training recently for school staff. Abusch-Magder is the director of education for Be’chol Lashon, an organization that aims to raise awareness of Jewish ethnic, racial and cultural diversity.

“One of the things that is often said about Jewish education — especially day school education — is that it is parochial and not diverse,” she said. “I think that we suffer from our own narrowness and don’t take advantage of the strengths and riches that we have in our own community to really showcase them. We are not a narrow and non-inclusive people.”

The diversity training is part of a growing effort by Jewish day schools across the nation to educate students and community members about people from different ethnic backgrounds. While Jewish schools in America remain overwhelmingly white and Ashkenazi, schools increasingly are looking for ways to welcome Jews of color and other Jewish minority groups while sensitizing students to the wide cultural milieu outside the schools’ doors.

Educators are restructuring curricula to emphasize diversity, running professional development programs about equity and inclusion, organizing events for parents, trying to strengthen ties with communities of color outside the schools, and in some cases recruiting students from minority backgrounds.

The changes come as the American Jewish community itself is growing more diverse, due in part to interfaith marriage. About 11 percent of U.S. Jews are people of color, according to the American Jewish Population Project at Brandeis University. But the proportion of nonwhite students in Jewish day schools is significantly lower. 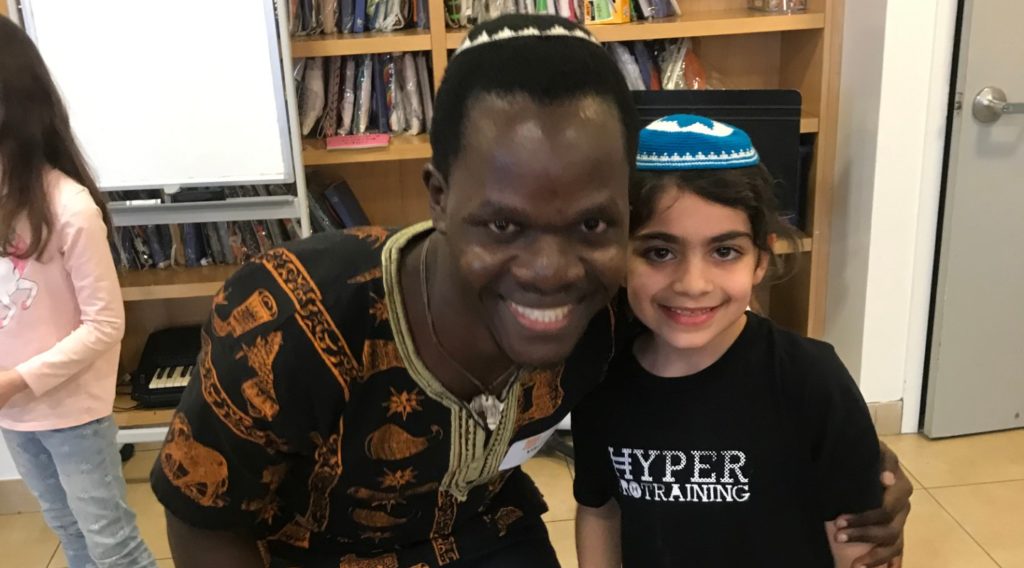 Prizmah, the day school network organization, at its recent conference in Atlanta included a panel about race and diversity in Jewish day schools.

“The incredible part was to be able to sit with other day school educators and talk about this very important topic and open the doors to these conversations,” said Nicole Nash, head of school at Hannah Senesh. “But it was also a moment of being at a conference with 1,100 day school educators and actually seeing how few Jews of color were in the room.”

At the Solomon Schechter School of Manhattan, head of school Benjamin Mann began thinking more about race in Jewish education after being approached by a parent of a student of color.

“She asked me, ‘How are you seeing my daughter for her whole self? What is your curricular approach? What is your religious approach?’” Mann recalled. “That conversation was really stimulating and really urged us — especially me as a white Ashkenazi leader in a white, Ashkenazi school — to work on something that otherwise might be invisible to me.”

The school broadened its fifth-grade study of immigration to ensure that students learned about Sephardi and Mizrahi Jews, whose narratives hadn’t been included in the curriculum. The third-grade social studies curriculum was rewritten to include education about ethnic groups around New York. They took class trips to Harlem, visiting the famed Apollo Theater, and to Chinatown.

“The Jewish people are racially and ethnically diverse, and we are asking critical questions in our school community about, ‘What are we teaching our students about diversity within the Jewish community, and how are we making sure that any Jewish family that wants to get a Jewish education can feel safe, comfortable and seen?” Mann said. 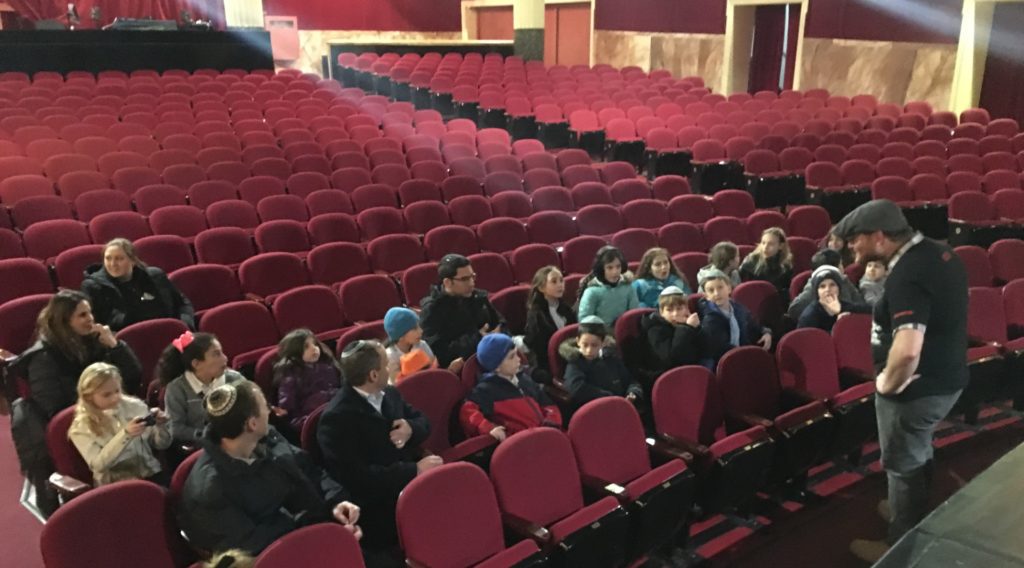 The Brandeis School of San Francisco also has invited Be’chol Lashon to help train staff about race and Jewish identity.

“For teachers, the biggest piece is really to be able to talk about race and bias from a place where they are not worried to talk about it, to be able to open up the conversation even though they may not have all the answers,” said Debby Arzt-Mor, director of Jewish learning at Brandeis, an independent K-8 Jewish day school. “That heightens their own awareness and therefore then heightens students’ awareness in age-appropriate ways.”

Jewish schools also are trying to open up channels to the minority communities around them. At Chicago Jewish Day School, faculty collect and deliver foods for Mothers Against Senseless Killings, an organization that holds free barbecues in areas rife with shootings and gang violence. In Chicago, these neighborhoods tend to be predominantly African-American.

“It’s not something we do with our students, but it’s something we do as adults,” head of school Judy Finkelstein-Taff said. “I think we as adults also sometimes role model for students in nonverbal ways, just about our own actions of caring about the community and being involved in ensuring the rights of all people.”

The effort to increase understanding and awareness is not without its challenges. At the Manhattan Schechter, there have been some hard conversations during which people in the school community have become upset when discussing bias or privilege or systemic racism.

“There are people who don’t believe those things exist,” Mann said. “There needs to be space for people in my community — whether its teachers or parents — who have questions about those concepts to be brought into the dialogue as well. That’s not always an easy thing to do. It’s been challenging to try and be a space that can welcome voices across political spectrums and across perspectives.”

At Hannah Senesh, Nadell says she’d like to see more Jews of color in the school. But it’s hard to get them to apply.

“A Jewish day school is never going to reflect the demographics and diversity of, say, New York City as a whole,” she acknowledged. “But the kids that are out there, how can we reach them?”