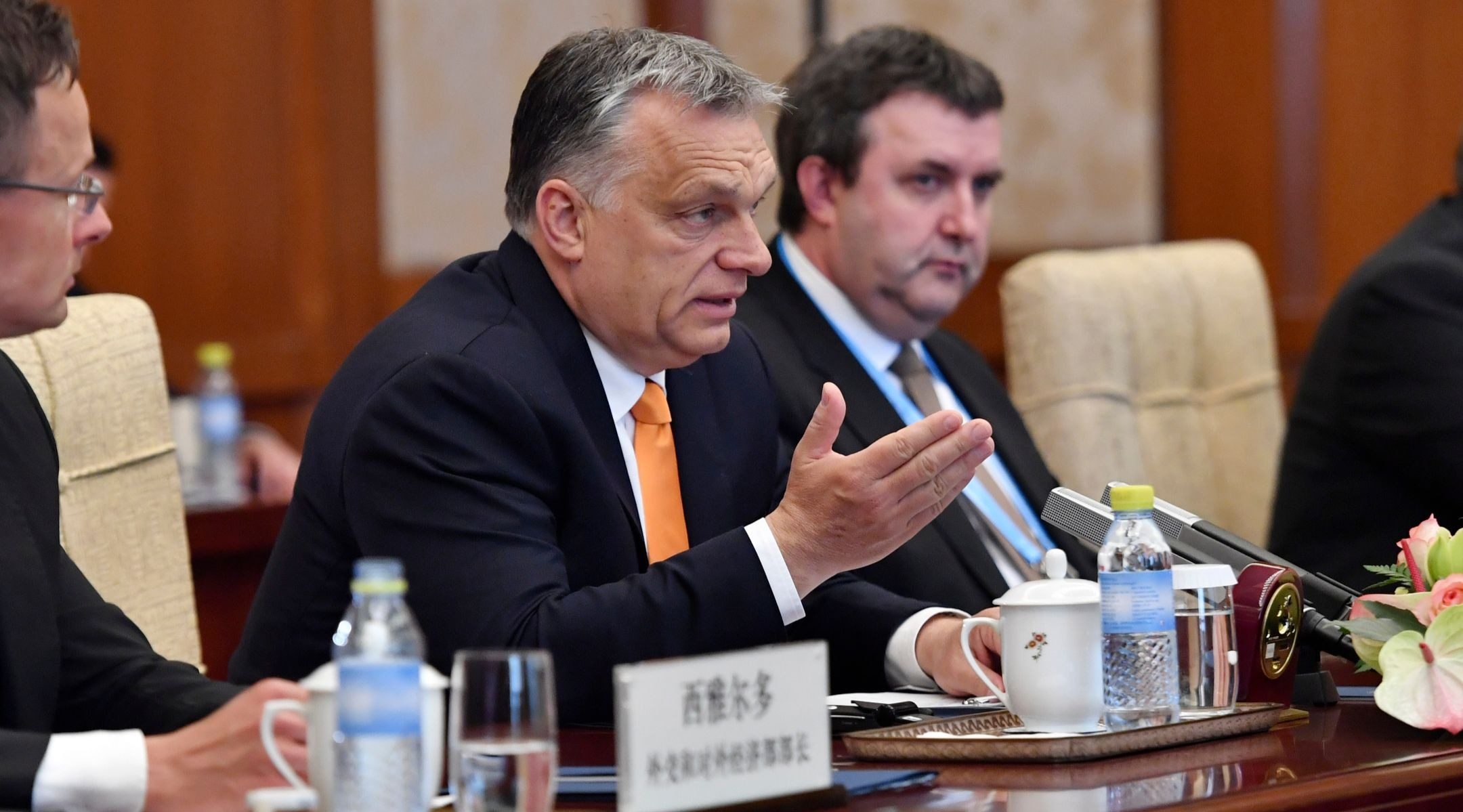 WASHINGTON (JTA) — On the eve of a summit between President Donald Trump and Hungarian Prime Minister Viktor Orban, five Jewish Democrats in the U.S. House of Representatives urged Trump to cancel a meeting with a leader they say is anti-Semitic.

“Prime Minister Orban represents so many things that are antithetical to core American values,” said the letter spearheaded by Rep. Eliot Engel, D-N.Y., the Jewish chairman of the House Foreign Affairs Committee. “He has overseen a rollback of democracy in his country, used anti-Semitic and xenophobic tropes in his political messaging, and cozied up to Vladimir Putin and the Kremlin.”

Of the nine Democrats signing the letter, five are Jewish: Engel and Reps. Debbie Wasserman Schultz of Florida; David Cicilline of Rhode Island; Steve Cohen of Tennessee; and Jamie Raskin of Maryland. The other four are Reps. Marcy Kaptur of Ohio, the co-chairwoman of the Congressional Hungarian Caucus; Debbie Dingell of Michigan; and Albio Sires and Tom Malinowski, both of New Jersey.

Trump and Orban are scheduled to meet on Monday. Trump hopes to draw Hungary away from Russian and Chinese influence, and to sell U.S. arms to Hungary.

Trump and Israeli Prime Minister Benjamin Netanyahu have warm relations with Orban, whom they see as friendly to their own nationalist outlooks. Netanyahu’s closeness to Orban comes despite concerns expressed by some Hungarian Jews that the leader is stoking anti-Semitism, and diminishing Hungarian responsibility for the fate of Hungarian Jews during the Holocaust.

Meanwhile, four top foreign policy senators from both parties urged Trump to raise with Orban the topic of eroding democracy in Hungary.

“Hungary has experienced a steady erosion of freedom, the rule of law and quality of governance,” said the letter signed by Sens. James Risch, R-Ohio, the chairman of the Senate Foreign Relations Committee, and Robert Menendez, D-N.J., its ranking member. Sens. Marco Rubio, R-Fla., and Jeanne Shaheen, D-N.H., also signed

Separately, a senior Trump administration official suggested that Orban’s ultranationalism was not popular in Europe.

In a briefing for reporters Friday ahead of Orban’s visit this week, a trio of top U.S. officials were asked about accusations that the Hungarian leader trades in anti-Semitic slanders.

The official who replied did not directly acknowledge Orban’s alleged anti-Semitism, but said that Orban’s insular nationalism was not well received elsewhere in the European Union.

“I mean, if you look very carefully at what Prime Minister Orban is stating, he very much focuses on Magyar and Hungarian nationalism, which is not perhaps the most universal approach, let’s put it that way,” the official said. “So I think the appeal that he makes within his own domestic politics are not ones that resonate more broadly in the rest of Europe. He very much focuses on Hungary for Hungarians.”

Orban’s appeals to Hungarian nationalism have at times veered into bias, with derogatory expressions targeting migrants, Roma and George Soros, the American Jewish philanthropist who for decades has funded institutions in his native land. Critics say Orban’s depiction of Soros as a greedy outsider seeking to control Hungary has invoked anti-Semitic themes, and has led Soros to end his involvement in Hungarian projects he once funded.

Among these are the Budapest-based Central European University, which Soros founded in the 1980s and which by advancing a classic liberal curriculum has spurred reform across Europe. Orban sees it as a threat and his government has imposed conditions on its continued functioning that the university says are onerous; it is planning to move to Vienna.

Another Trump official said the United States was pressing Orban to roll back the restrictions on the university. The official said that U.S. officials persistently make the case to their Hungarian counterparts that losing the university “was something that would be a huge blow to their reputation in Europe.”

Allegations of anti-Semitism were also raised when a magazine seen as close to Orban depicted Andras Heisler, the head of the Federation of Hungarian Jewish Communities, as money grubbing, and because of attempts to refurbish the reputation of Hungarian wartime leaders who worked with the Nazis.