Want your kid to excel in college? After high school, try a break in Israel. 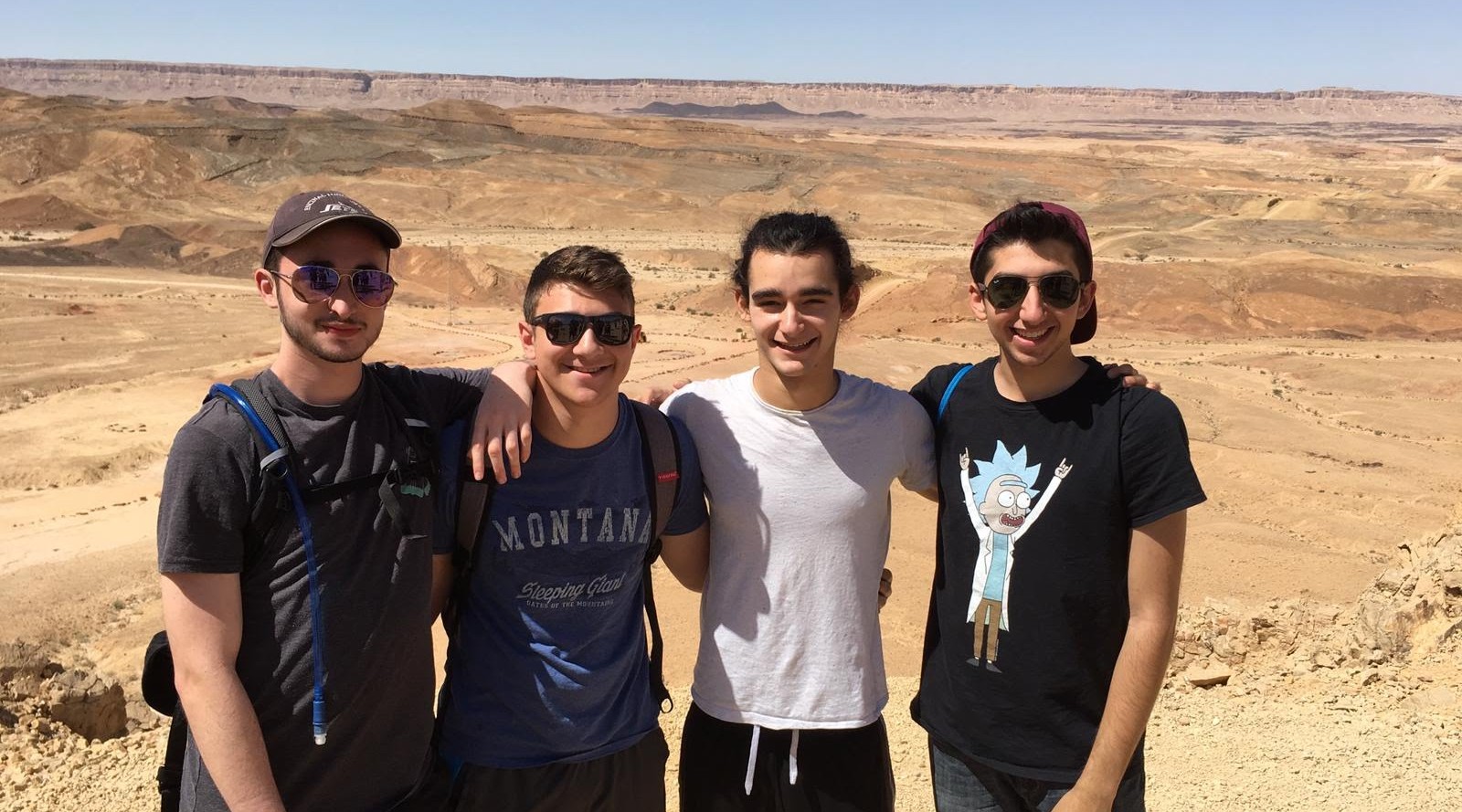 Tech whiz Asher Dale, second from right, hikes with friends in the Negev Desert during his gap year in Israel. (Courtesy of Dale)
Advertisement

Within months of graduating from a Jewish high school near Boston in 2017, Asher Dale had an internship that he “absolutely loved” at Forter, an Israeli technology startup that sells online fraud protection services.

The company, which processes more than $50 billion in transactions annually for a global network of retailers, was growing rapidly and the 18-year-old Dale was in the thick of it. He regularly put in 10-hour days during his four months at the company’s Tel Aviv offices and worked on two major software products.

For the aspiring computer scientist who had decided to put off college for a year to spend a “gap year” in Israel, it was a dream job.

But that was hardly the highlight of Dale’s time in Israel. Rather, he says, the highlight was the personal transformation he saw in himself over the course of a year spent living abroad.

“I’ve always been so ambitious and so focused on my future,” said Dale, now 19 and a computer science major at the University of Illinois. “But over my gap year I realized that’s not all that life is about. Life is so much more about living in the present, as cliche as it sounds. It was kind of big for me.”

That kind of personal development is one of the major selling points of gap years, defined as a semester or more of experiential learning usually taken between high school and college.

Proponents of gap years point to data suggesting that gap year students perform better in college and exhibit greater academic motivation and higher reported levels of job satisfaction. But it’s the potential for personal growth and enhanced self-knowledge that is often touted above all else.

“It’s a unique opportunity to look into themselves,” said Liran Avisar Ben Horin, the CEO of Masa Israel Journey, which annually brings some 12,000 young Jews from around the world to Israel for a wide variety of gap year experiences. “You’re going to grow up and mature significantly, understand what you care about and what you want to do, and come back home with skills that you’re not going to get in college.”

Founded in 2004 as a joint venture by the Jewish Agency for Israel and the Israeli Prime Minister’s Office, Masa is the leading provider of gap year experiences in Israel. Since its founding, Masa has brought more than 150,000 Jews to Israel from over 60 countries. The organization helps match young Jews with an array of programs run by a large network of providers and provides $40 million in scholarships each year to help subsidize the costs.

Gap years in Israel long have been a rite of passage among Orthodox Jews, with some religious high schools sending upward of 90 percent of their graduates to study in Israel for a year, typically at religious seminaries. But the trend is also catching fire beyond the Orthodox world. 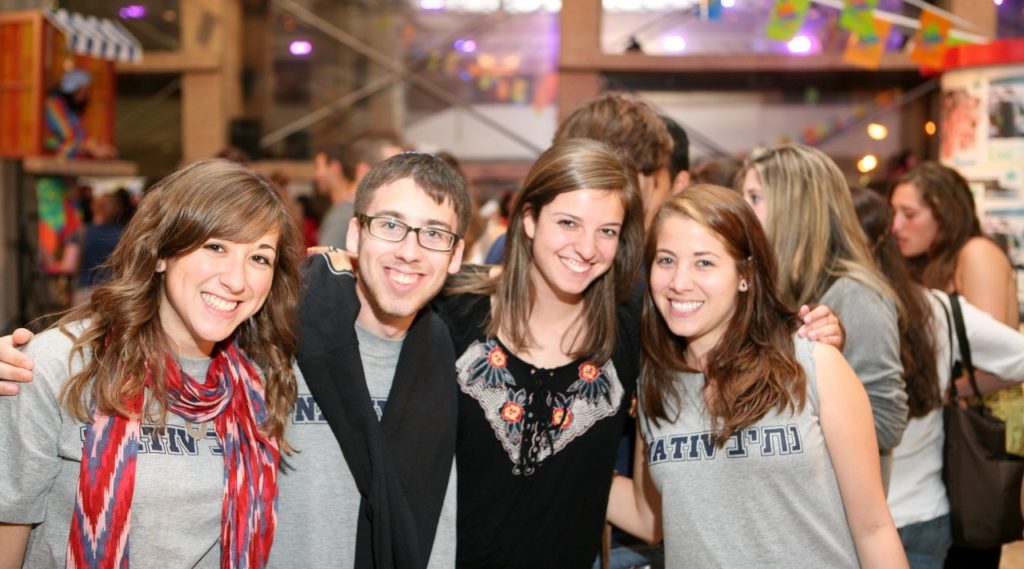 Participants in the Nativ pre-college gap year program, which is affiliated with the Conservative movement, divide their time between study in Jerusalem and volunteering elsewhere in Israel. (Courtesy of Nativ)

“It’s a growing phenomenon in America,” said Shalom Elcott, Masa’s North American CEO. “More and more parents are realizing that our children today, they’re graduating college, they’re getting degrees and they’re not exactly sure where to go. Or they’re finishing high school, they have the pressure of applying to colleges, but they’re not really sure about what they want to study or exactly what their path is.”

In fact, academic burnout is the principal reason cited for taking a gap year, according to Ethan Knight, the founder of the American Gap Year Association, an Oregon-based nonprofit that promotes gap years. About 40,000 Americans take gap years annually, and the average yearly growth rate clocks in at 23 percent over the past 10 years, according to the association.

“In our country, the running joke is that most students take a gap year: It’s called their freshman year of college,” Knight said. “Most people laugh when they hear that, but the reality is there’s at least as much educational value, potentially at a much lesser cost, by taking a quality gap year.”

The participants live independently, typically in apartments with others in the programs. They are exposed to Israel generally through tours of the country and other educational opportunities. Several hundred of the 12,000 annual participants are selected to participate in a special leadership training track that grooms them to assume positions of Jewish leadership in their home communities.

But for many Americans, career development opportunities in Israel’s fabled startup culture is the biggest draw of a gap year in Israel.

“Israeli culture allows you to be a talent regardless of your title or experience,” Avisar Ben Horin said. “It’s just about what you can do. If you’re good at what you’re doing, you find yourself more and more in the center of things. It’s a sink-or-swim experience. You’re not going to find yourself making copies.” 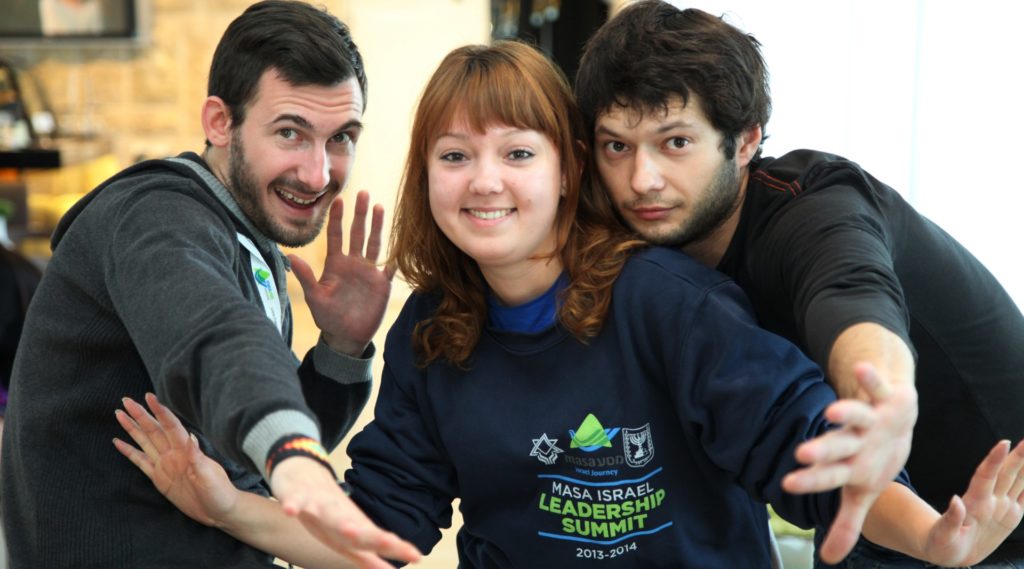 One of Masa’s offerings is a gap year run by Big Idea, a 12-year-old Israel company that began as a technology summer camp for teens. Big Idea’s program begins with a four-month training course in computer coding or graphic design in the southern Israeli city of Beersheba, followed by a month of applying that knowledge to build a technology solution for an Israeli nonprofit. For participants who choose Big Idea’s full nine-month program, this is followed by an internship with an Israeli technology company.

“A lot of them come with no experience of living away from home, with no real vision of what can they do with this kind of knowledge or tools, and you see at the end of the program how they become confident,” said Dotan Tamir, Big Idea’s founder and CEO. “They stand on the stage presenting their app that they developed and speak with so much confidence on things that they had no clue about just five months ago.”

For Dale, the experience effected a significant shift in his career goals. A self-described “ambitious kid,” Dale as a high school student aspired to found a company and become a billionaire “like Steve Jobs.” He even released a mobile app on Apple’s app store while still a senior in high school.

By the end of his time in Israel, Dale had come to realize that success in the technology world wasn’t the only thing he cared about.

“I want to start a company that would actually do good for the world,” he said. “I’m much more focused on relationships, my family, friends, having a really positive experience in college, and kind of more living where I am and not always being stuck in the future.”

This article was sponsored by and produced in partnership with Masa Israel Journey, a leader in immersive international experiences in Israel for adults ages 18-30. This article was produced by JTA’s native content team.