What is it like to be a female combat soldier in Israel? A photographer provides a unique look. 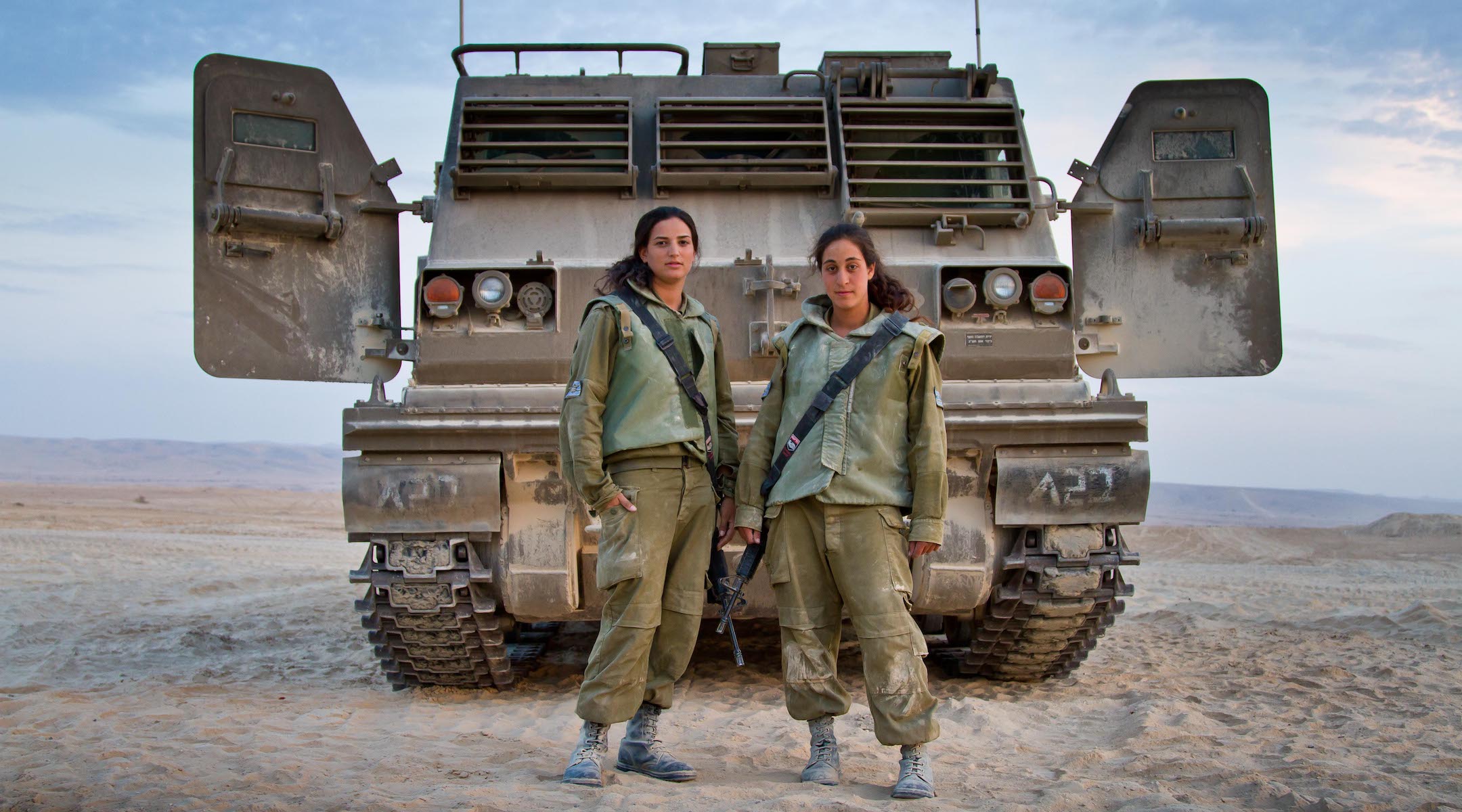 (JTA) — Women served as combat soldiers during Israel’s War of Independence, when the fledgling country needed all the fighters it could get. But following the 1948 war, it took half a century before they were allowed back in combat.

Since the late 1990s, when some units started allowing female recruits, the number of women serving in combat has rapidly increased. Last summer saw a record 1,000 female combat soldiers inducted.

Debbie Zimelman, a U.S.-born photographer who has lived in Israel for 30 years, spent five years with young women serving in 20 combat units to capture their experiences. The result is a book of photographs, “Women on the Front Lines: Inside the Combat Units of the Israeli Army,” which she self-published in April. The book is available through her website and will be sold soon on Amazon.

The Jewish Telegraphic Agency spoke with Zimelman about how she came up with the idea for the project, the challenges she dealt with in working with the Israeli army and her favorite photograph. Here are her answers via email, which have been edited for length, clarity and style.

JTA: Why did you decide to focus on women serving in combat units? 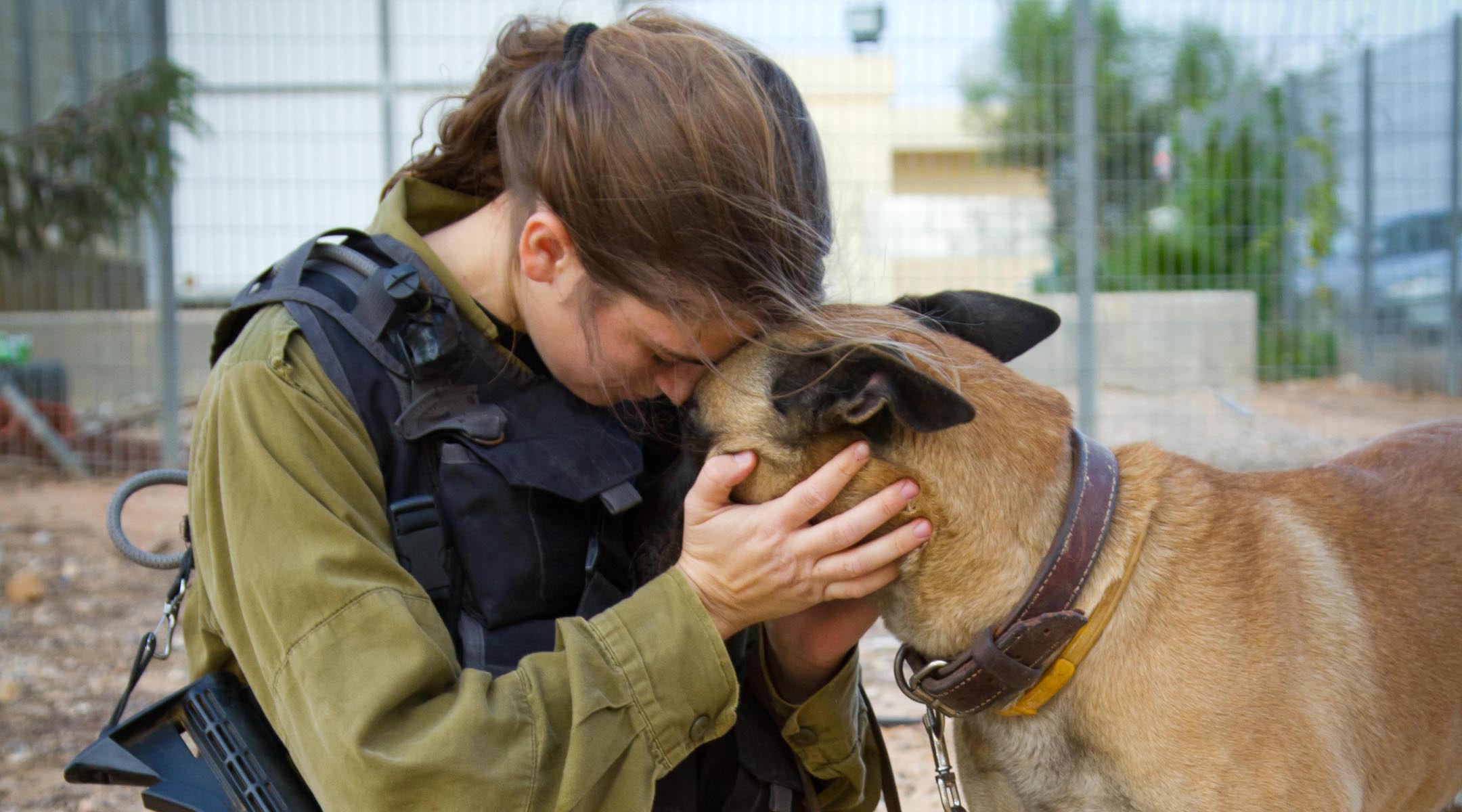 A soldier in the canine special forces in Hatzerim, Israel (Debbie Zimelman)

Since I had missed out on that the opportunity to serve in the army, having made aliyah after army age, the next best thing would be to get permission to photograph my friend’s daughter Sarit while she was in the army. I thought that I could use the camera to gain access to a place otherwise closed to me, and to see up close and photograph what she was doing on a daily basis.

I was also curious to see what the women actually did during their service, how happy they were with their choices, what motivated them, etc.

What do you hope to show with these photos? 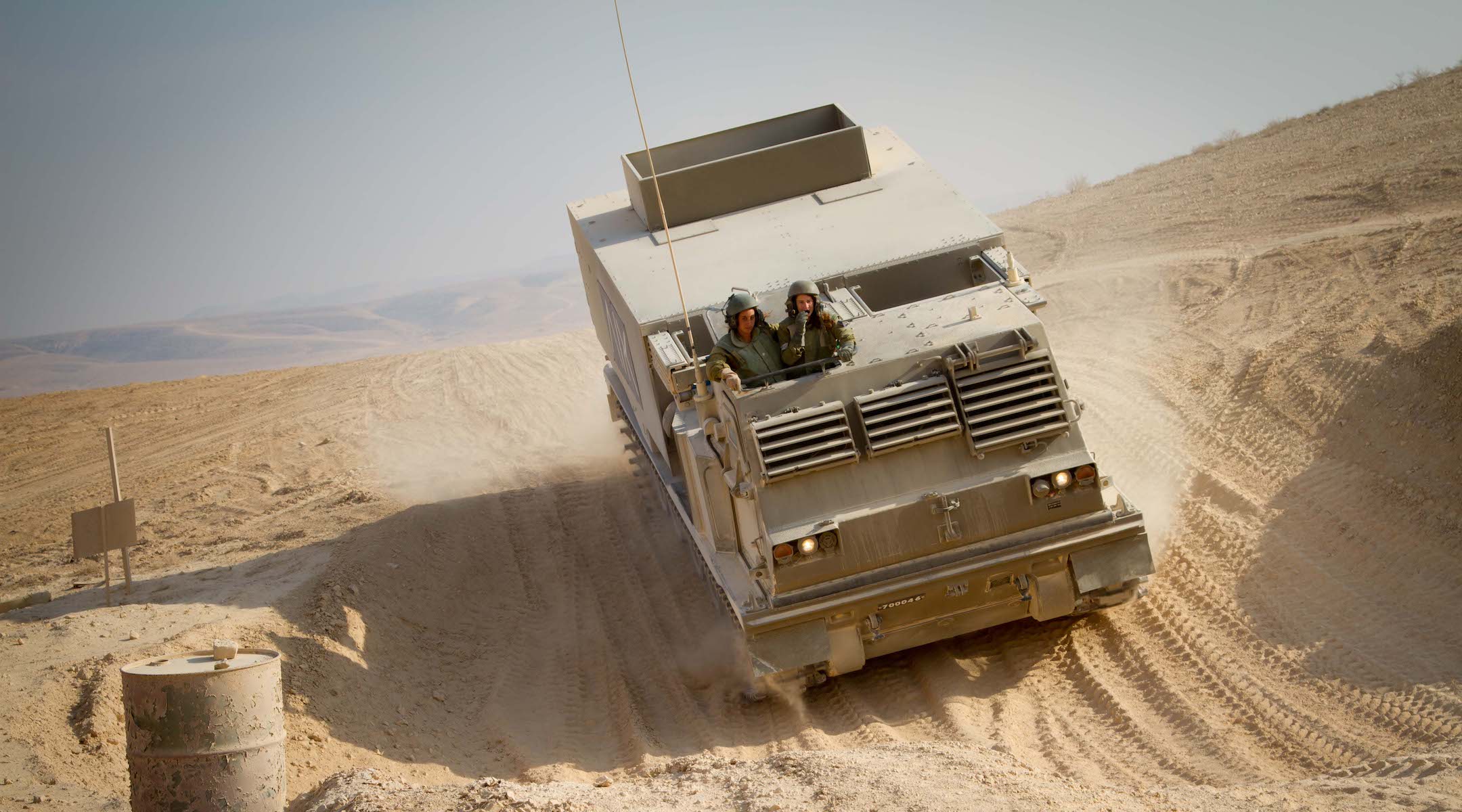 I was really hoping to understand and show what the experience of combat service was like for women, to hear and share their stories, to understand how satisfied they were with their decision, how they felt about their service and themselves as a result of serving in combat units. I also wanted to show the wide range of units women can serve in today, all over the country, including the Air Force and Navy as well as the army.

Did you see anything that surprised you? 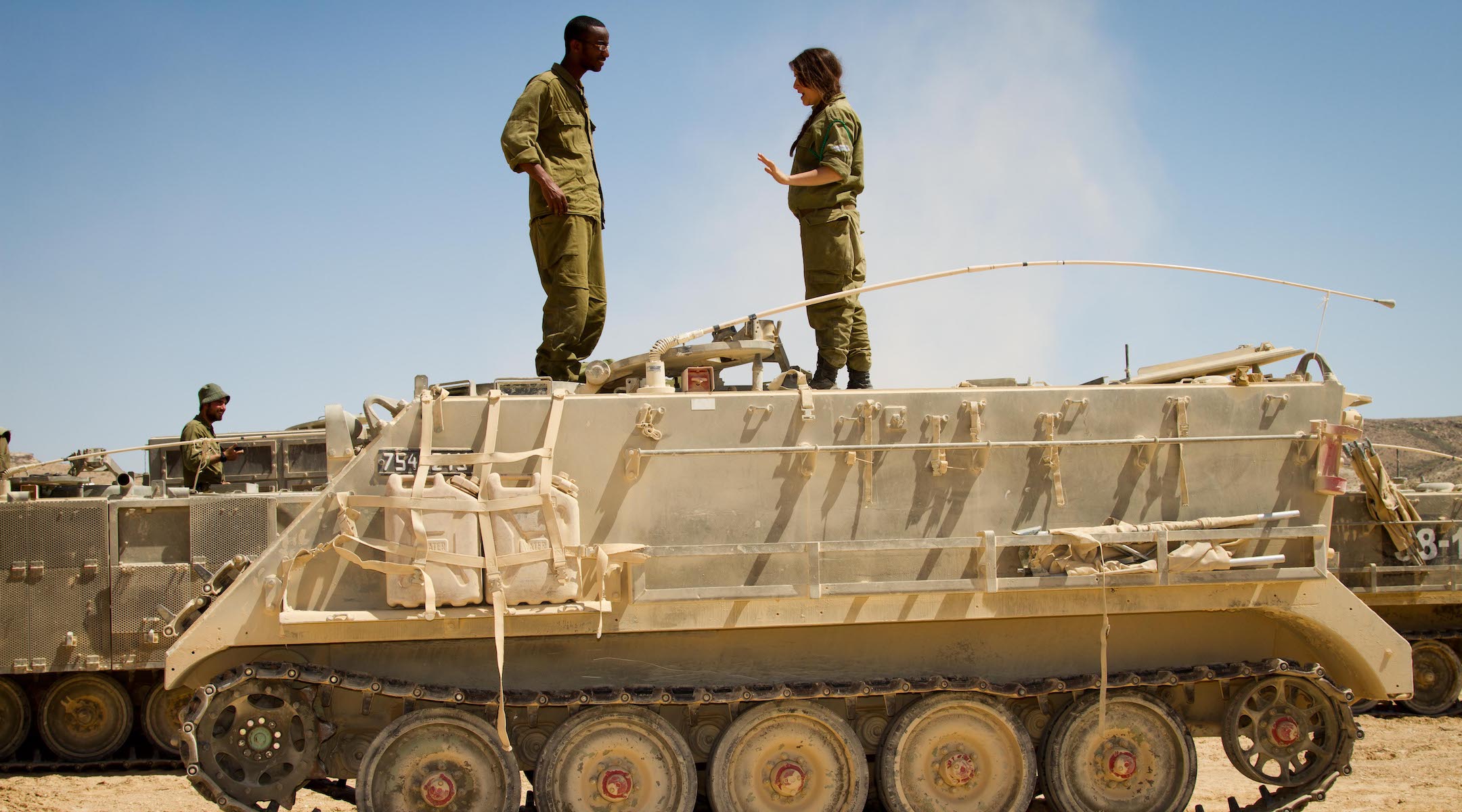 I think I was most surprised by how satisfied, fulfilled and happy the women were with their decision to serve as combat soldiers. I was also surprised at the range of opportunities open to women today. Almost all of the women I spoke to talked about how empowered they felt as a result of their experiences.

What were the challenges in photographing the women? 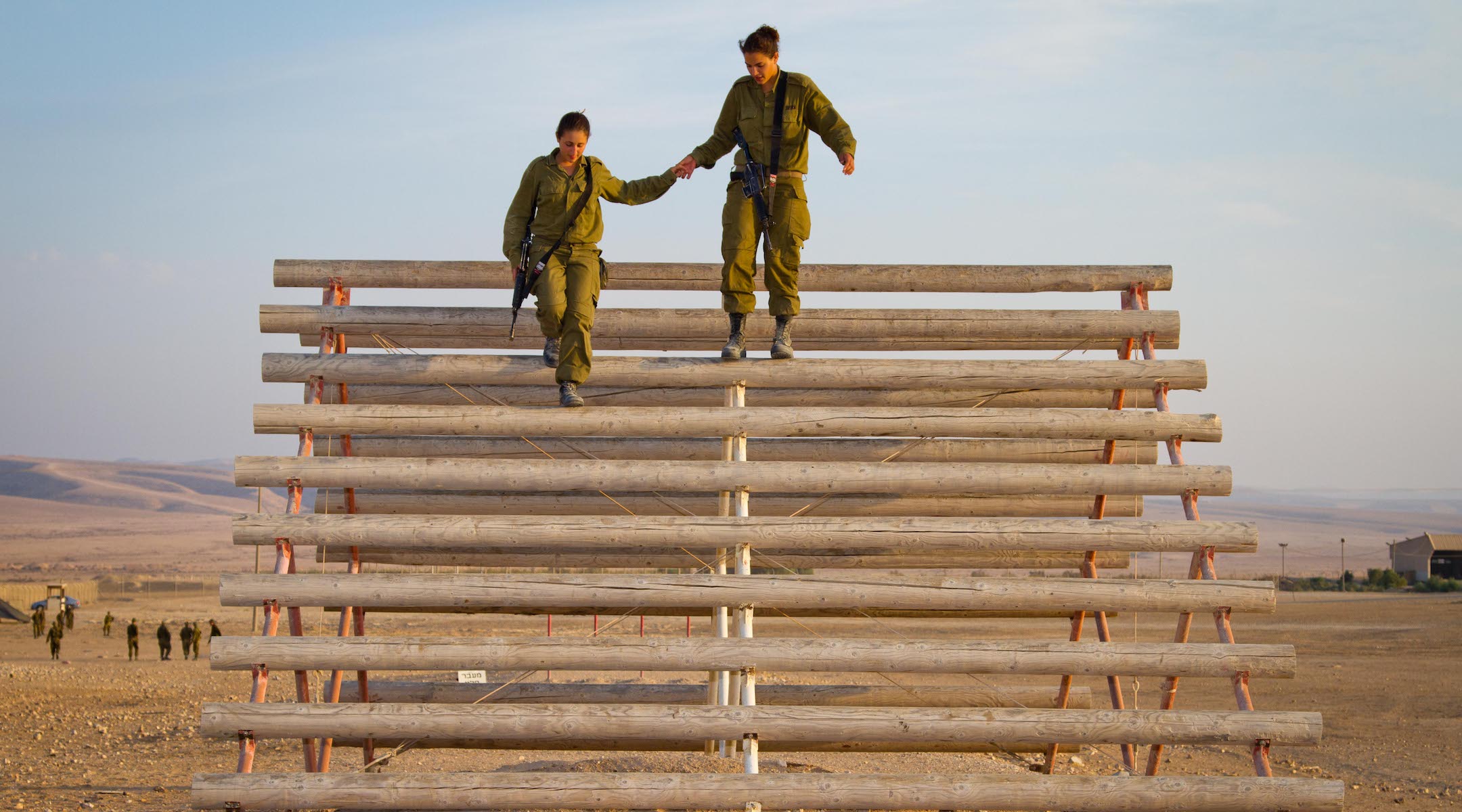 First of all, getting permission to create the book was a tremendous challenge. As the first person ever to be granted permission to carry out such an extensive project on combat women, I spent many months pushing along the process before I even began to photograph.

Once I gained permission, the technical limitations surrounding the photo shoots made the book very challenging. Depending on the unit, I had anywhere from 15 minutes to 24 hours to spend with the soldiers. Sometimes this was after driving 3 hours just to get to a base. Other times I was told that due to a change in plans I had only 15 minutes to spend rather than the hour or more I had been promised. Often I ended up shooting at the least attractive hour of the day with the sun overhead, again due to the army logistics.

I was accompanied on every photo shoot by the Army Spokesman’s Office. They often limited the direction in which I could shoot according to the security needs of the army. This restriction, combined with the direction of the sun, made creating images very challenging.

Do you have a favorite photo and if so, which one and why? 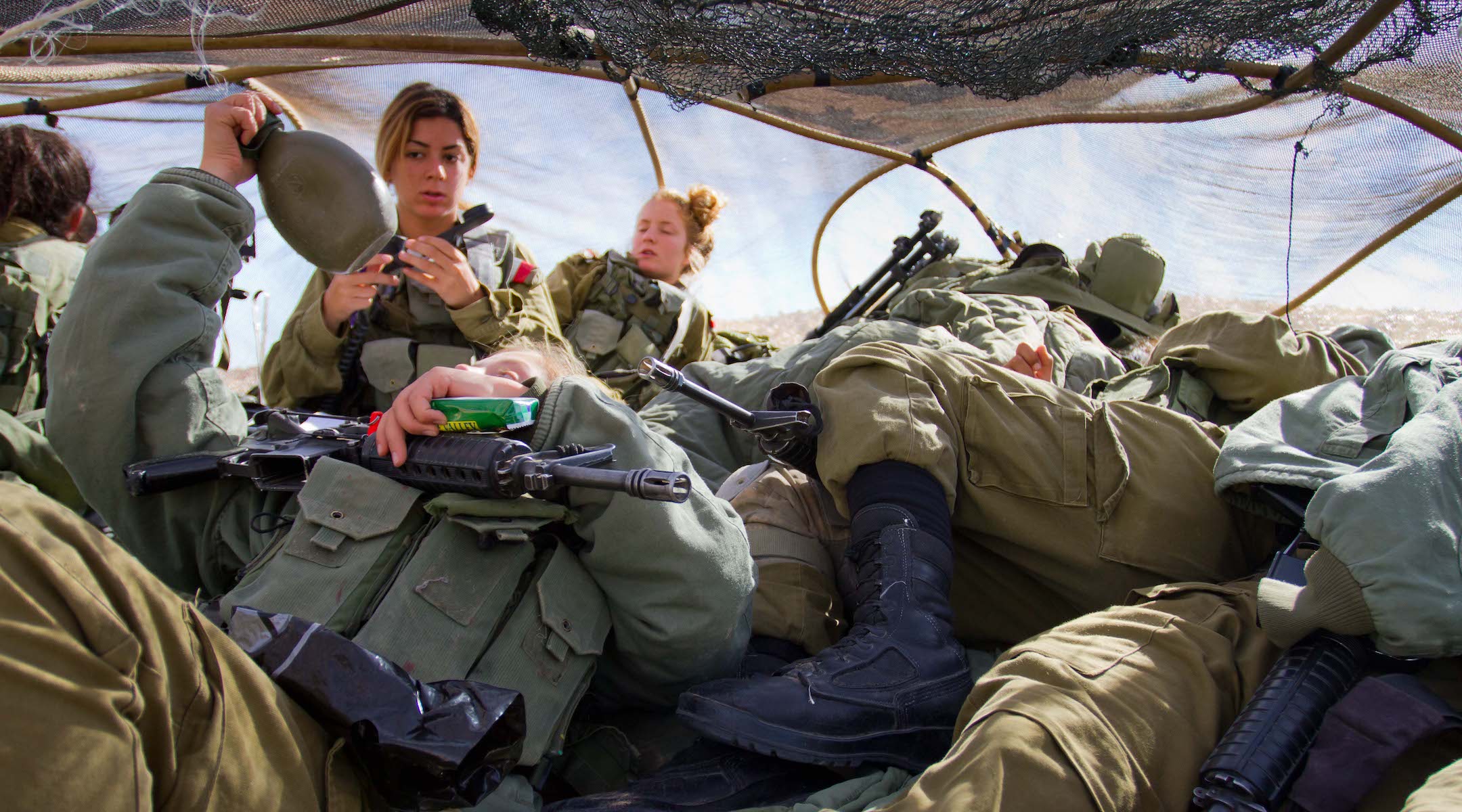 One of the photos I love is of the field intelligence unit, the unit that is responsible for secretly watching our borders with Egypt and Jordan.

I was lucky to be able to photograph and participate in this unit’s exercise on their base near Eilat. I arrived on the base near sunset, as the women were getting ready to go out into the desert, with tens of kilograms of equipment on their backs. Several kilometers later we reached our destination, and they began to build a mock “rock” from where they would spend the next 48 hours observing the border. This was a practice session within Israel in preparation for their first real mission the following week.

Once the “rock” was ready, all 11 girls, myself and the army spokesman representative got inside where they were to remain for the next 48 hours. We had brought everything we might need for 48 hours with us, and it was now all inside the rock.

This experience was a real highlight for me, and a photographer’s dream. I was stuck inside a rock for hours on end with 11 bored girls, and as the hours went by they loosened up, and completely forgot I was there. Being part of their adjustment process to being in such a small space was fascinating. Because I was inside with them for hours it allowed me to capture amazing pictures.