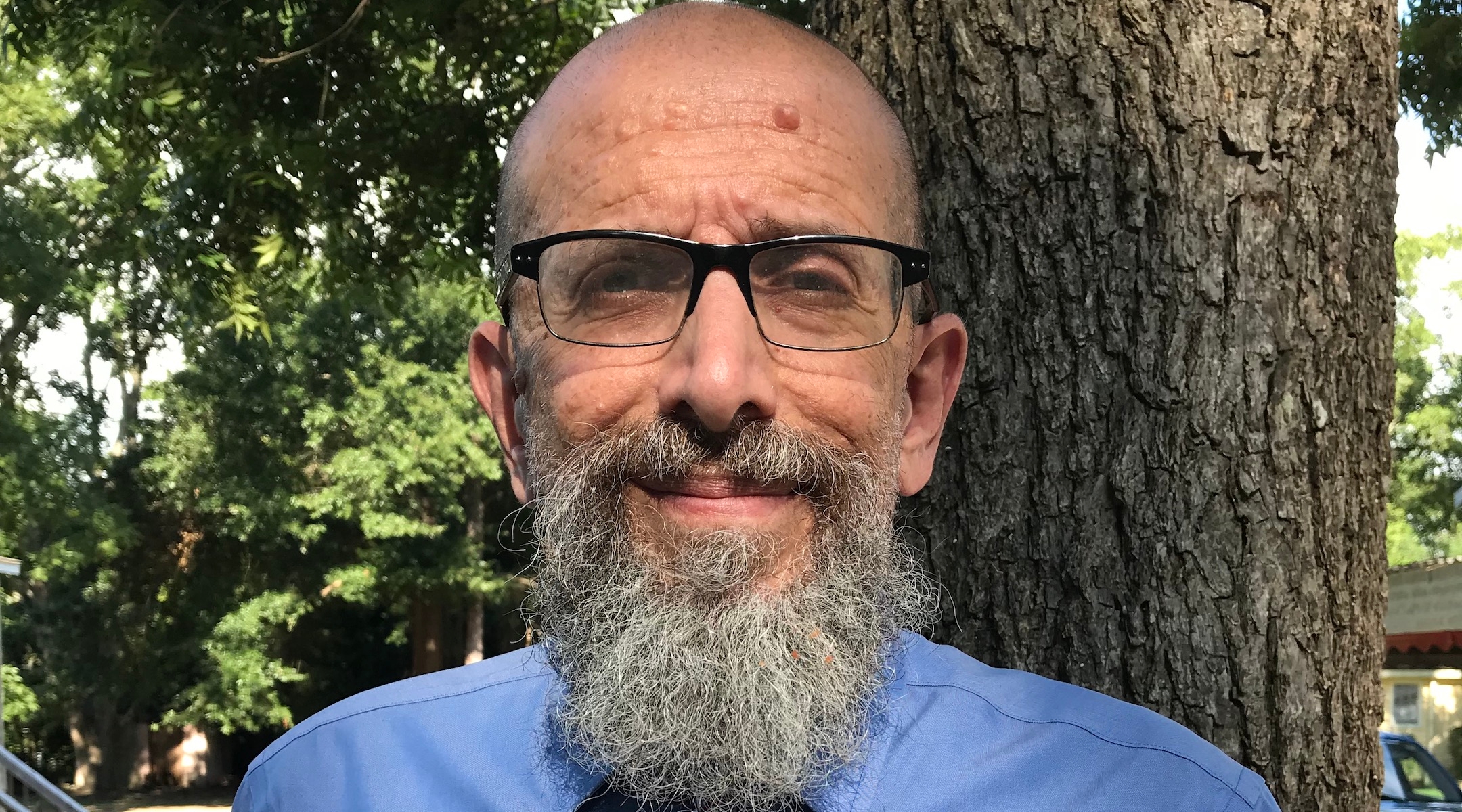 Marty Rosenbluth is the only private immigration lawyer in a small Georgia town near a large immigrant detention center. (Courtesy of Rosenbluth)
Advertisement

(JTA) — Most of the year, Marty Rosenbluth lives alone in a small house in Lumpkin, a Georgia town with 2,000 residents and one restaurant. It’s 500 miles away from his wife and community in North Carolina.

Then he drives two miles down the road to a place even more isolated: the Stewart Detention Center, a private immigration detention facility surrounded by spools of barbed wire and housing nearly 2,000 undocumented immigrant men.

Rosenbluth aims to reduce that number as much as possible. He’s the only private immigration attorney in Lumpkin, on the often quixotic mission of representing undocumented immigrants at the strictest immigration court in the country. According to U.S. Justice Department statistics, as of 2016 only 7 percent of asylum seekers at Stewart had their requests granted. The national average was 43 percent.

So every morning the long-bearded Rosenbluth, 61, goes to court in a jacket and tie to represent clients who will probably lose. The Southern Poverty Law Center also has a small staff in town, but other undocumented immigrants at the court have lawyers represent them on the phone. Rosenbluth thinks that’s unconscionable.

“I acknowledge I’m on the extreme edge on this, but I believe it’s borderline malpractice,” he said of representation by phone. “I hate it. I just think there’s so much injustice already in the system here that not to be sitting next to your client in court — I just won’t do that.”

Rosenbluth has 30 or so clients at once, most of them aged 20 to 40, with wives and children. Many come from Latin America, South Asia or Africa. Depending on their case, he aims to get them asylum or, if they have lived in the United States for years, to prevent them from being deported. Much of the time he’s fighting to get clients out of the facility on bond so they can reunite with their families.

He’s not shy about trumpeting his cause. He has a tattoo on his left ankle of a starfish, a reminder of the parable about a man on a beach throwing starfish into the ocean one by one. The idea is that even if he can’t save everyone, he’s making a difference for those he does reach.

“I spend my days saving people’s lives and putting families back together,” he said. “A lot of my clients cross with their families, and wives and kids get released on parole, but they don’t. So the families are separated.”

Representing clients in person is useful both for judge and defendant, says Judge A. Ashley Tabaddor, president of the National Association of Immigration Judges. She says that having the lawyers there in the flesh can allow them to negotiate a deal for the defendant in the courtroom, as well as giving the client and their family a better read on the case.

“Right then and there the attorney can turn to the family and address the question,” said Tabaddor, who does not know Rosenbluth. “A lot of times it makes the respondent feel more comfortable. There’s more than just verbal communication.”

Rosenbluth moved down to Lumpkin, a county seat near the Alabama border, in 2017 when he saw a house for sale and realized living there full-time would be cheaper than traveling back and forth from his home in Durham, North Carolina. His wife travels for work, he says, so they would often be apart anyway.

Lumpkin isn’t much for social life. Occasionally he’ll see colleagues at the one restaurant in town — usually lawyers for the Immigration and Customs Enforcement — and say hello. Otherwise, residents drive 40 miles to the city of Columbus.

Luckily, Rosenbluth has a dog named Wags for company.

“I don’t think I would be able to survive down here if I wasn’t an introvert,” he said. “After court I’ll walk the dog, I’ll cook supper, I’ll read books, I’ll relax and a lot of times I have to work.”

Rosenbluth knows what it’s like to be alone in a foreign environment. After growing up in Brooklyn and Teaneck, New Jersey, in his mid-20s he was drawn to work for a human rights group working amid the Israeli-Palestinian conflict. But unlike most of the young Jews who come to the region to work, he moved to Ramallah in the West Bank and took a job doing analysis for Al-Haq, a Palestinian legal rights group, during the first intifada in the late 1980s.

He says his Palestinian colleagues had no problem with him. But he recalls Israeli soldiers taunting him, at one point shouting his name from rooftops along the street he took to work. And back home, when he would speak publicly about his experiences in Ramallah, audience members would give him a hard time.

“I was the only Jewish person who was living in the West Bank or Gaza at the time, working for a Palestinian organization, so yeah, it was hard,” he said. “I got a lot of criticism and I did speak on college campuses. People would shout and scream and yell.”

He says the experience gave him “a very high tolerance for frustration in terms of not being able to make a difference despite how bad the situation is.”

He later volunteered for Amnesty International as a specialist on the region.

Although immigration has been a tense issue nationally for years, he says it feels less controversial in the Jewish community than talking about Israel. American Jewish groups tend to be broadly supportive of immigrant rights. Rosenbluth’s synagogue hosted him for a speech last month and is sending a delegation to Lumpkin in a few weeks.

Lumpkin residents also tend to be supportive, he says. Though 78 percent of Lumpkin County voted for President Donald Trump, who made opposition to illegal immigration the centerpiece of his campaign, Rosenbluth says he is rarely chewed out for what he does.

“I’m pretty well known around town, and most people know what I do,” he said. “People are like, ‘Yeah, those people need attorneys. I’m glad you’re here.’”