Israel is holding new elections. What comes next? 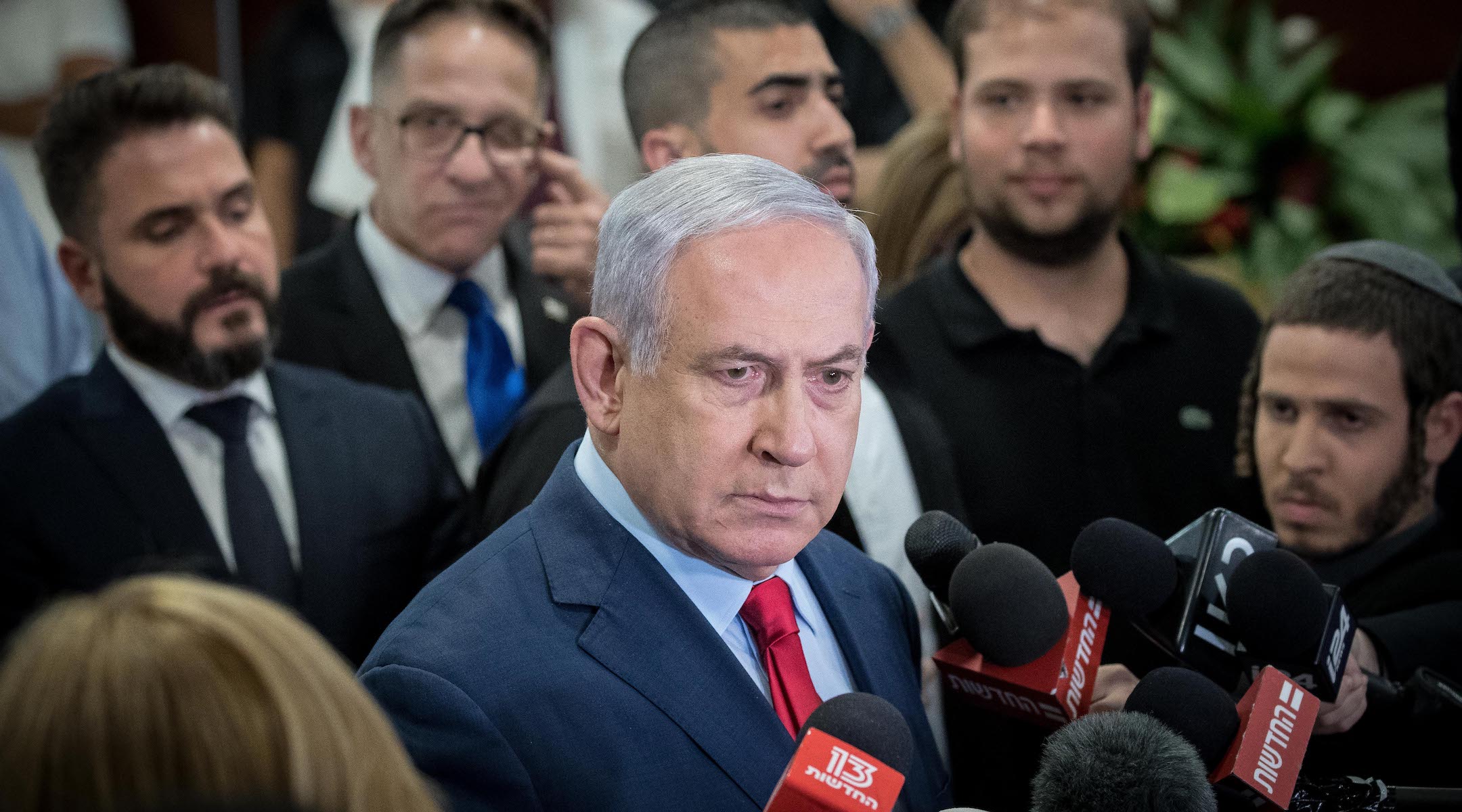 The Knesset’s vote to dissolve itself and hold a second national election in five months had hardly been posted on the chyrons of news networks in Israel and around the world when the major players in the drama that is coalition government-forming took to microphones throughout the Knesset.

Why wasn’t Netanyahu able to form a new government?

Despite 65 of the Knesset’s 120 seats going to traditionally right-wing parties and politicians in April’s elections, Netanyahu could not cobble together a majority coalition of 61 seats. That was mostly because of the military draft law, which was designed to force more yeshiva students to enlist.

The haredi Orthodox parties, with 16 seats in the current government, want changes to the law that would provide more leniency for those students. Liberman, representing right-wing secularists, wanted the legislation to be voted on as is, putting restrictions in place.

For his part, Netanyahu offered several concessions to Liberman, who replied that he “won’t concede a comma in the conscription bill.”

Immediately following the vote to hold new elections, Netanyahu accused Liberman of being “part of the left.”

“He deceived the electorate just to get votes,” Netanyahu charged.

For his part, Liberman, prior to the 11th-hour deadline, pointed the finger at Netanyahu and his Likud party.

On Thursday morning, Liberman suggested that it was Netanyahu who toed a leftist line.

“The man from Caesarea is calling the man from Nokdim a leftist,” Liberman said.

Netanyahu has a home in the tony coastal town of Caesarea; Liberman lives in the West Bank settlement of Nokdim. Liberman also recalled that it was Netanyahu who voted to evacuate Jewish settlers from Gaza and continues to transfer money to the Gaza Strip led by the terrorist group Hamas.

Who wanted to hold new elections?

In short, no one.

Netanyahu didn’t. The new elections scheduled for Sept. 17 mean that the Knesset will not have time to debate and pass a so-called “immunity law,” which would keep Netanyahu from being indicted in three separate corruption scandals while in office. He could also face an even more difficult time forming a new government, assuming he is tapped again to be prime minister, depending on whom the voters blame for the new elections and how they cast their ballots in response.

Benny Gantz didn’t. His Blue and White party had an excellent showing in its first election and the former military chief of staff thought he could spend this Knesset term safely leading the opposition. With a new election looming, Gantz and his party may have to be more specific about some of their future plans – something he was spared as the new guy.

Donald Trump – and by extension, Jared Kushner, his point man on the Middle East — didn’t. A new election could spell disaster for the “Deal of the Century,” the Israeli-Palestinian peace plan that the Trump administration has been working on for two years. They had planned to roll out the proposal in stages beginning next month, starting with an economic component. New elections could delay that rollout (more about that later).

The Israeli people didn’t. While it is always nice to have a day off for Election Day, Israelis have had enough of nasty campaigns and even nastier politicking. And now that they know that the new election will lighten the country’s coffers by nearly $140 million, they are even more unhappy.

How could this election be different than the one held just seven weeks ago?

Less than a day since the vote to hold new elections, new alliances are already forming.

Moshe Kahlon of the secular center-right Kulanu party, which garnered four seats in April, agreed Wednesday to run on a joint list with Netanyahu’s Likud. Naftali Bennett has said that the New Right Party he formed for the last election will run in September, but his co-party leader Ayelet Shaked is being courted by other parties, most notably Likud.

Meanwhile, Moshe Feiglin, whose Zehut party combines far-right politics and marijuana legalization, has said he will run again, but be more open to mergers with other right-wing parties. (In April, Zehut had been expected to gain at least four seats but did not make it into the Knesset.) In the run-up to April’s balloting, Feiglin had said he would be open to joining either a right- or left-wing government.

What does this mean for the Trump administration’s peace plan?

There has been no comment yet from the Trump administration, even with the plan’s architects arriving in Israel as the vote to move to new elections was about to be taken.

Kushner, Trump’s Jewish son-in-law and senior adviser, announced last month the convening of an “economic workshop” in Bahrain to encourage capital investment in the West Bank, Gaza and countries in the region. That was seen as the first step in the peace plan, which was scheduled to be rolled out in the coming months.

Kushner and Middle East peace envoy Jason Greenblatt have been in the region since Sunday in an effort to convince Arab nations, including Morocco and Jordan, to participate in the conference, which the Palestinians have already said they would not attend.

Amir Tibon, the Washington-based reporter for Haaretz, reported early Thursday morning that an unnamed State Department official said that the Bahrain conference will happen despite the dissolution of the current government.

Releasing the full peace plan in the coming months could be a problem both for its success and for Netanyahu, who will not want to make any commitments during (another) election campaign.

But waiting until an election in September — meaning a new government wouldn’t be formed until sometime in late October — will mean the plan will be released just as the 2020 U.S. presidential campaign is ramping up.

In meeting on Thursday with Kushner and Greenblatt, Netanyahu described the vote to dissolve the government as “a little event last night.”

“That’s not going to stop us,” the prime minister said. “We’re going to continue working together. We had a great, productive meeting, which reaffirms that the alliance between the United States of America and Israel has never been stronger, and it’s going to get even stronger.”