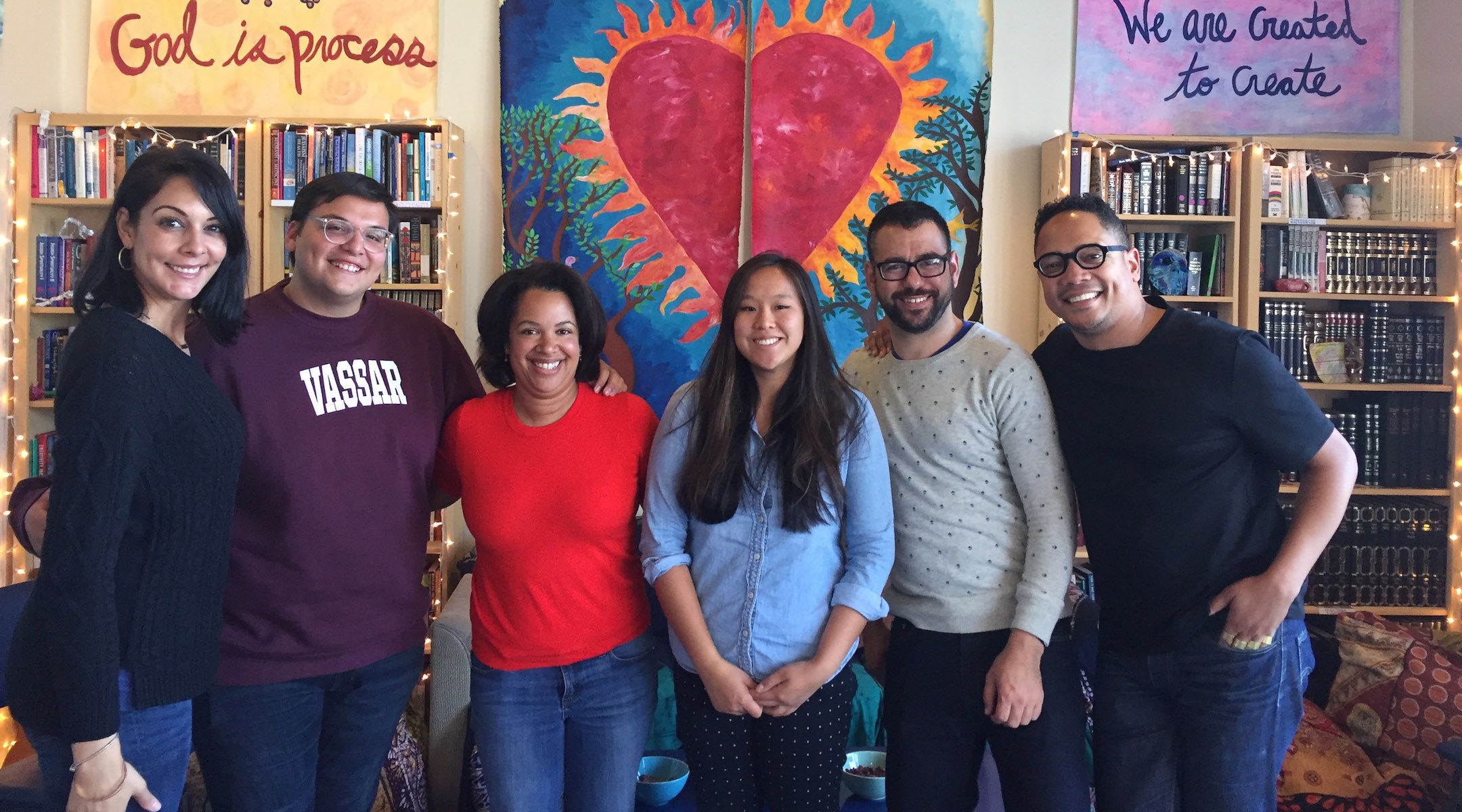 (JTA) — The Jewish community has been undercounting the number of people of color who are Jewish, a new analysis found.

Researchers at Stanford University and the University of San Francisco examined 25 population studies of American Jews and found that many failed to ask about race and the methods they used meant that nonwhite Jews were undersampled.

“The Jewish community has consistently been inconsistent with respect to how it attempts to account for Jews of color within the American Jewish community,” lead researcher Ari Kelman told the Jewish Telegraphic Agency in a phone interview Wednesday. Kelman is an associate professor of education and Jewish studies at Stanford.

Using three of the most comprehensive surveys that did ask about race and ethnicity, the researchers said they could roughly estimate that 12-15 percent of American Jews are people of color.

The surveys used to come up with the estimate — the American Jewish Population Project, or AJPP, and community surveys done in New York in 2011 and San Francisco in 2017 — found a range of 10-14 percent Jews of color. The three surveys included data on people who self-identify as nonwhite, mixed race or Hispanic. The AJPP counted about 11 percent of Jews in this category.

Since the researchers posit that surveys have undercounted Jews of color, they estimate the slightly higher range of 12-15 percent. Kelman said it is crucial to keep in mind that the data used to arrive at that number is problematic.

“We offer population estimates based on data that was gathered inconsistently, so they should be read, interpreted and shared as we wrote them, which is as estimates,” he said.

The report, which was released earlier this month, was commissioned by the Jews of Color Field Building Initiative, an organization that seeks to advance and educate about Jews of color. The report was funded with a $35,600 grant from the Harry and Jeanette Weinberg Foundation.

The director of the Jews of Color Field Building Initiative, Ilana Kaufman, decided to commission the research because of the dearth of data available about Jews of color. Often when she works with community leaders trying to engage the cohort, she is asked to provide data but has none.

“There are all these questions that come up when talking about Jews of color and there’s a paucity of information,” said Kaufman, whose mother is an Ashkenazi Jew and father is African-American.

Presenting the results last week at the UJA-Federation of New York, Kaufman recalled speaking about racism in the Jewish community at an event two years ago. Following the presentation, an audience member questioned her, saying he had rarely come across people of color in the community.

Such statements show why data on Jewish community diversity is necessary, Kaufman said.

“That story illustrates the delta, the gap, the space between the perception and the reality of our U.S. Jewish community, and we have to use tools and data and facts to inform who we are,” she said at the event last week.

The researchers found that studies undercounted Jews of color in various ways, including by failing to ask about race and ethnicity, or doing so in inconsistent and incomplete ways. For example, some surveys asked if respondents were Hispanic or Sephardi without asking about any other racial or ethnic categories.

Kaufman presented the results this month at a conference in Washington, D.C., organized by the Religious Action Center of Reform Judaism, as well as at the UJA-Federation of New York event. Next week she will be speaking at the Jewish Federation of Greater Los Angeles.

Gamal Palmer, the Los Angeles federation’s senior vice president of leadership development, said the lack of data on the racial makeup of the Jewish community creates “a blind spot,” where organizations are not properly able to create programming to engage people of color.

“Our hope is that this will give us some tools and some perspectives to help us direct our work towards the JOC community in a way that is effective and meaningful,” he said.

In addition to federation officials, representatives of 70-100 communal groups, as well as city government staff, are expected to attend the Los Angeles event. Palmer, an African-American Jew, hopes the event will help communal leaders make sure Jews of color don’t feel alienated.

Creating inclusive spaces means “people going to synagogue or sending their kids to camp, and that there shouldn’t be a worry about whether they’ll be accepted, whether someone will say something offensive or make them feel like that they’re not Jewish,” Palmer said, adding that he had experienced such comments and questioning.

Kelman said that one reason behind the inconsistent data in past surveys is that the Jewish community has been operating with a certain assumption about what its members look like.

“For most of the late 20th century and into the 21st century, the default assumption is that Jews were white or that [there was] such a preponderance of Jews identifying as white that any percentage of Jews of color was so small that they didn’t matter,” he said.

Kaufman hopes the project will challenge that notion.