It’s time for a Torah emoji, and this organization is working to make it happen 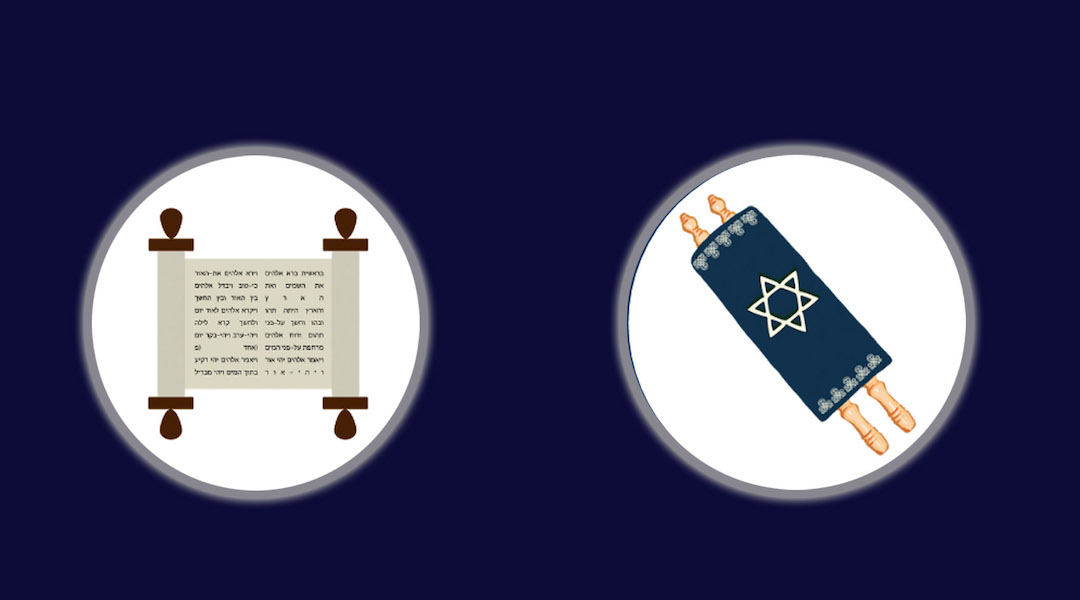 Sefaria is letting the public vote on which of these two emoji possibilities they prefer. The organization will submit the winning image for consideration as a real emoji. (Sefaria)
Advertisement

JERUSALEM (JTA) — Designing a new emoji is not simple.

Sefaria, the online free Jewish library, has found this out in recent months.

The organization wanted to reach more and younger people, to get them to use the resources on its website. They thought that a Torah emoji would put a kinder, gentler face on Jewish scholarship. And while there are tiny web and smartphone ideograms for everything from soup (🥣) to nuts (🥜), there are very few that are specifically Jewish.

And, says Rory Kress, Sefaria’s chief marketing and engagement officer, they wanted “to do something fun.”

But designing a tiny graphic Torah comes with so many questions. Open or closed? Sephardic style (standing up in a cylindrical case) or Ashkenazic style (with two wooden dowels)? Should there be hands holding it? If there are hands, then what skin tone should they be? Men’s hands or women’s hands?

There are already some other Jewish-themed emojis in use online and in various messaging platforms: a synagogue (🕍), two stars of David and an Israeli flag (🇮🇱).

There are also several emojis that while not specifically Jewish could represent Jewish study. There are book emojis, for example, and there is a scroll emoji, but it looks more like a rolled up diploma.

“The Torah is a very specific-looking object,” Kress said. That is what makes it a perfect candidate for an attempt to get a new emoji approved.

For a first try, the process can take about a year. Some emojis have been proposed more than once before getting accepted.

The non-profit Unicode Consortium is the organization that approves new emojis.  The organization’s main function is to develop a universal character encoding scheme, allowing people around the world to use digital devices in any language. But it is more commonly known for selecting the emoji icons used by the world’s smartphones based on submissions from individuals and organizations who present their case with evidence for why each one is essential.

Late last month, the Conference of European Rabbis called on the consortium to add new emojis to represent Jews — namely, a man wearing a kippah and a woman wearing a head covering.

“There are emojis of women in the hijab [🧕] and Arab clerics, and the Jews have been forgotten,” the statement from the Conference of European Rabbis read.

Kress said she thinks a Torah scroll would be a more inclusive than an image of a person — since Jewish people come in all colors and follow all kinds of traditions. The rabbis conference has not indicated whether it has actually designed an emoji for submission to the consortium.

“It’s about inclusion,” Kress said. “It is about creating a digital place for us.”

Sefaria started several months ago by commissioning several designs from graphic artists that it has worked with. The staff narrowed the choices down to four images and posted them on their social media pages to allow the public to vote (🗳️) . The four have been narrowed down to two. The Sephardic Torah scroll did not make the cut.

The two remaining images are pretty traditional. One depicts a Torah scroll open to roughly the middle, the other a closed scroll wrapped in a blue cover with a star of David on its front.

Thousands have voted for their favorite potential emoji across Sefaria’s social media platforms. A winner is set to be announced Friday, just in time for Shavuot.

Kress says there have been some negative comments, ranging from “Why do you even need this?” to comments she calls “somewhat anti-Semitic.” But that will not stop her from pressing forward.

“It is definitely time that we have a voice and a place,” she said of Jewish emoji users of all ages.

There are currently more than 2,800 approved emojis, and some 230 new emojis were approved in February 2019. The consortium is already processing proposals for 2020 — proposals for new emoji characters must be submitted before March 31 of each year to be considered for inclusion in the Unicode Standard for the following year.

One day, Kress hopes young people will text each other the message “Hey, let’s get together to study” and end the sentence with a Torah emoji.