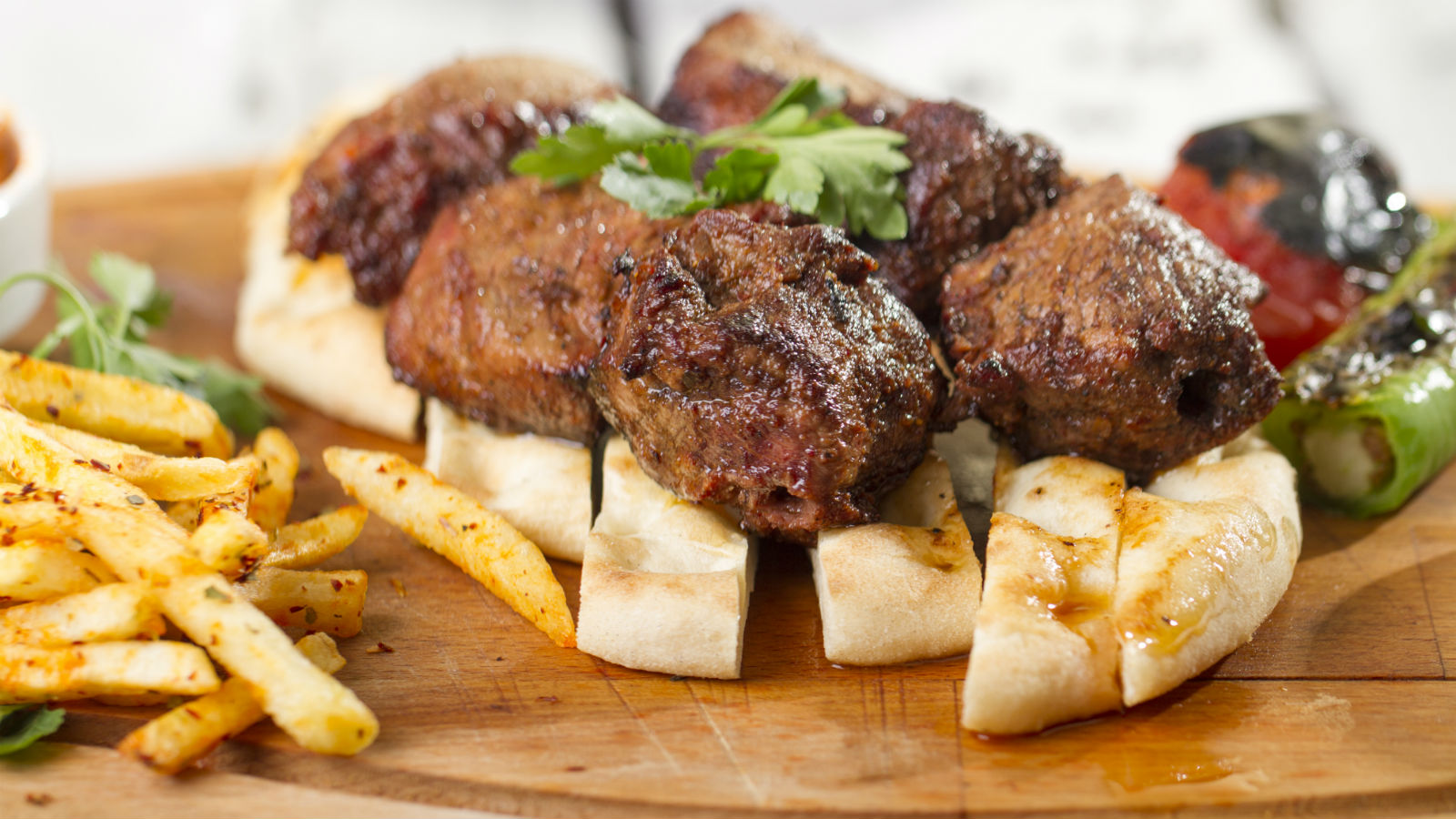 Israelis love their barbecue. They do it on the beach. They do it on their hikes. They grill whenever and wherever possible — empty parking lot? Let’s do it! When that smoky aroma fills the air, you know a celebratory meal is underway, filled with kebabs, grilled vegetables, pita, salads and hot sauce.

Where Israelis generally don’t barbecue, however, is in their own backyards. That’s because most Israelis don’t have backyards — most live in apartments. When they grill, they need to bring their grills with them, wherever they go. Their barbecue, called a “mangal,” is small, portable and generally modest: a metal box with a grill that fits over the charcoal briquettes and wood chips that will be set aflame to cook the food. Throw it in the back of your car and set it up wherever you settle on your “tiyul,” or trip.

The size of the average mangal informs the meal itself. You won’t expect to find a big, thick cowboy steak — easily portable kebabs are more like it. Thread ground beef or lamb mixed with garlic and herbs on metal skewers, along with chunks of onion, pepper and tomato. Chicken is also popular: thighs, livers,hearts — all manner of small cuts that cook quickly.

So why the fascination with food cooked, as they say in Israel, “al ha-esh,” on the fire?

“Grilling is very Levantine, it is part of Middle Eastern food culture,” said Janna Gur, doyenne of Israeli cuisine and author of the iconic cookbook “The Book of New Israeli Food.” “There is something primal about it. And grilling makes sense because everyone spends so much time outdoors, so you can plan a bonfire or a picnic or a hike and make your meal wherever you stop.” 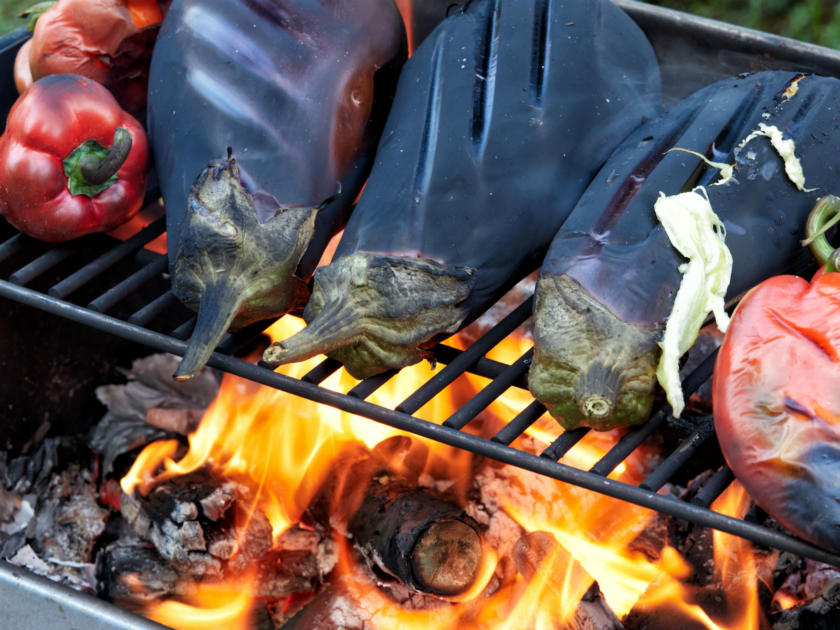 Since vegetables take center stage in Israeli cuisine, grilling is not for meat only.

“The best way to cook an eggplant is to burn it,” Gur says. “It can be cooked in a taboon oven, on a mangal or on top of the stove, placed on the oven’s flame.”

Cooking eggplant directly on fire, resulting in a smoky flavor, is popular throughout the Middle East. (If you opt to burn your eggplant at home, on top of the stove, buy yourself a “chatziliyah,” a special dish made to hold the eggplant and capture the drippings that emerge from it while cooking.)

This summer, if you can’t make it to Israel, bring Israeli cuisine to wherever you are. Buy a brazier, some long metal skewers, prepare some ground meat or chicken kebabs, and then assemble the other requisite elements of an al ha-esh meal: fresh pita, hummus, tahini, pickles, vegetable salads and a selection of hot sauces. You can even make a beautiful, smoky and quick salsa by blackening tomatoes over the fire, then smashing the cooked tomatoes and mixing with salt, pepper and olive oil.

How to make flame-roasted eggplant
Roasting eggplants on an open flame can be messy, but it is definitely worth the effort — the smoky aroma adds immensely to the taste.

1. Line your stovetop with aluminum foil. Place a whole eggplant (or more than one if you are confident) on a rack over the open flame and roast, turning occasionally, until the skin is scorched and blackened and the flesh feels soft when pierced with a wooden skewer or a fork. The eggplant can also be broiled in the oven or grilled on a charcoal barbecue.

2. Cool slightly (to avoid burning your hands) and peel, carefully removing every last bit of scorched skin, or cut in half lengthwise and scoop out the flesh with a wooden spoon. Roasted eggplant ideally should be served shortly after roasting and seasoned while still warm to ensure optimal absorption of every spicy nuance.

3. If you need to store it for later, drain the roasted flesh of excess liquid, cover with oil and refrigerate. Season before serving.

Recipe excerpted with permission from The New Book of Israeli Cooking by Janna Gur.