Who is Avigdor Liberman, and why did he force new elections in Israel? 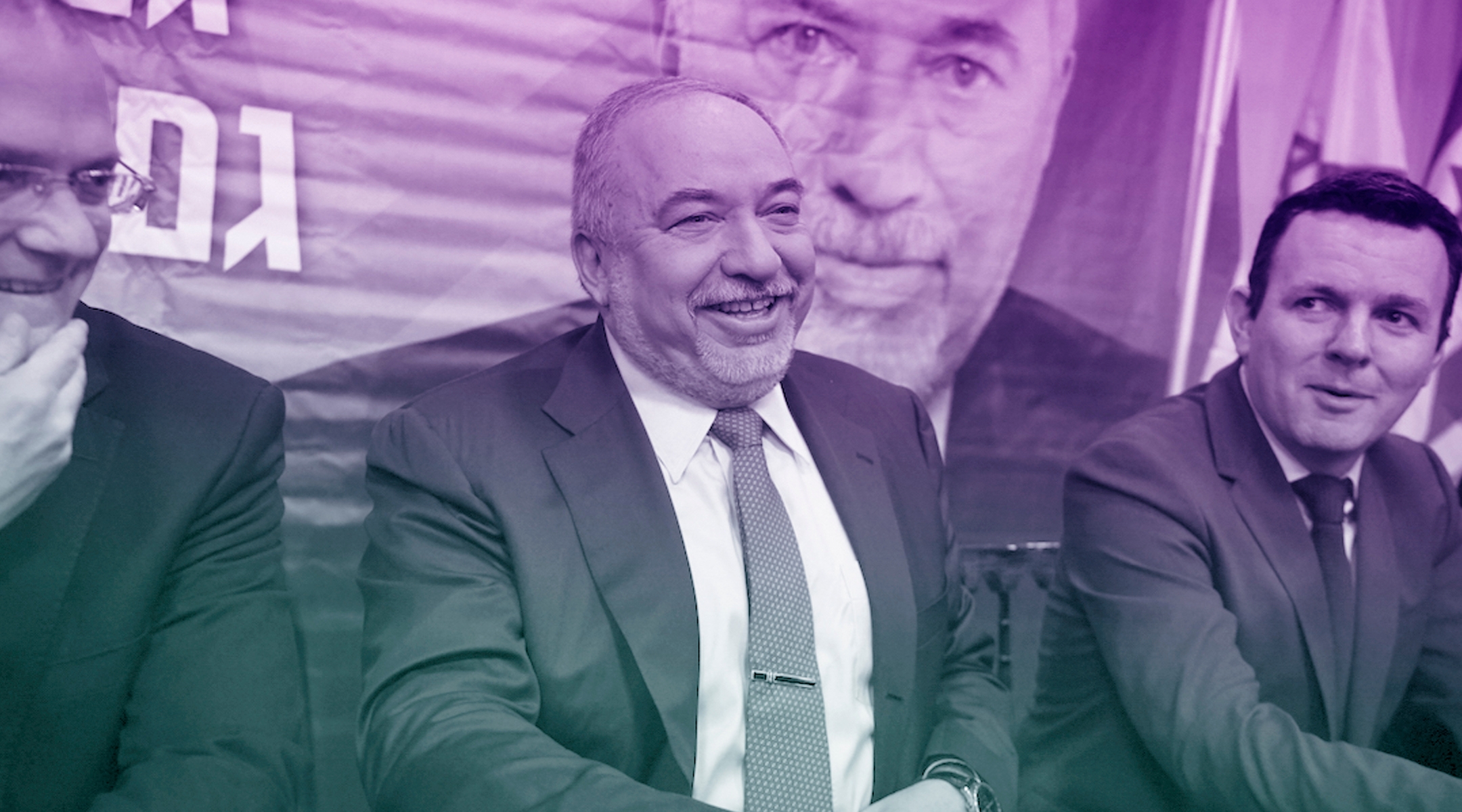 Avigdor Liberman, center, holds a press conference following the dissolving of the Israeli parliament, in Tel Aviv, May 30, 2019. (Flash90)
Advertisement

JERUSALEM (JTA) — So just who is Avigdor Liberman, the man who single-handedly forced Israelis to go to the polls for an unprecedented second time in a year?

And is he really the champion of secular right-wing Zionism that he would have voters believe?

Last month, less than two months after Israeli voters appeared to give Prime Minister Benjamin Netanyahu a mandate to form a new government, coalition talks collapsed after Liberman and his Yisrael Beiteinu party refused to join the government. Although Liberman’s party won only five seats in the 120-seat Knesset, that was enough to deny Netanyahu the 61-seat majority he needed to form a government.

The sticking point was a draft law obligating haredi Orthodox men to participate in Israel’s mandatory military draft. Haredi Orthodox parties wanted to soften the text of the law. Liberman insisted he would not join the government unless the law was passed in its current form.

“To my sorrow, the state of Israel is going to elections,” Liberman told reporters, blaming the failure to form a coalition on the “complete surrender of the Likud to the haredim.”

Whether this was a principled stand on behalf of Israel’s secular plurality — who have long resented the fervently Orthodox community’s exemptions from mandatory military service — or political opportunism remains a subject of debate here.

My friend, my enemy

Liberman, a native of what is now Moldova, was 19 when his family immigrated to Israel in 1978. He started his political career in Netanyahu’s Likud Party, eventually serving as director-general of the party and, later, the Prime Minister’s Office under Netanyahu during the 1990s. In 1999 he established the more hawkish Yisrael Beiteinu after splitting from Likud over what he saw as Netanyahu’s weak stance on the Palestinian issue.

He has since served under Netanyahu in a variety of roles, mostly recently as minister of defense. But he resigned that position last November to protest the Netanyahu government’s acceptance of a ceasefire between Israel and Hamas — he called it a “capitulation to terror.”

From Russia, with votes

At its founding, Yisrael Beiteinu was widely perceived as less of an ideological party than as a faction representing the interests and values of Russian-speaking Israelis who immigrated from the former Soviet Union. Even at the party’s highest point, when it won 15 seats and became Israel’s third largest party in 2009, it was still seen primarily as a “Russian” organization.

Since then, however, his fortunes have flagged, as fewer Russian-speakers have felt the need to vote for a purely ethnic interest party. In April’s election, Yisrael Beiteinu only received five seats, one less than it held previously. Such a showing didn’t bode well for the party’s, or Liberman’s, political future.

“What happened is that he understood that he had reached the bottom of his ability [to mobilize] the Russian-speaking community,” explained Ksenia Svetlova, a former minister of Knesset and Moscow native who represented the left-leaning Zionist Union in the last parliament. “He was close to not crossing the electoral threshold [for winning any seat at all]. The next time could be two or three seats.” 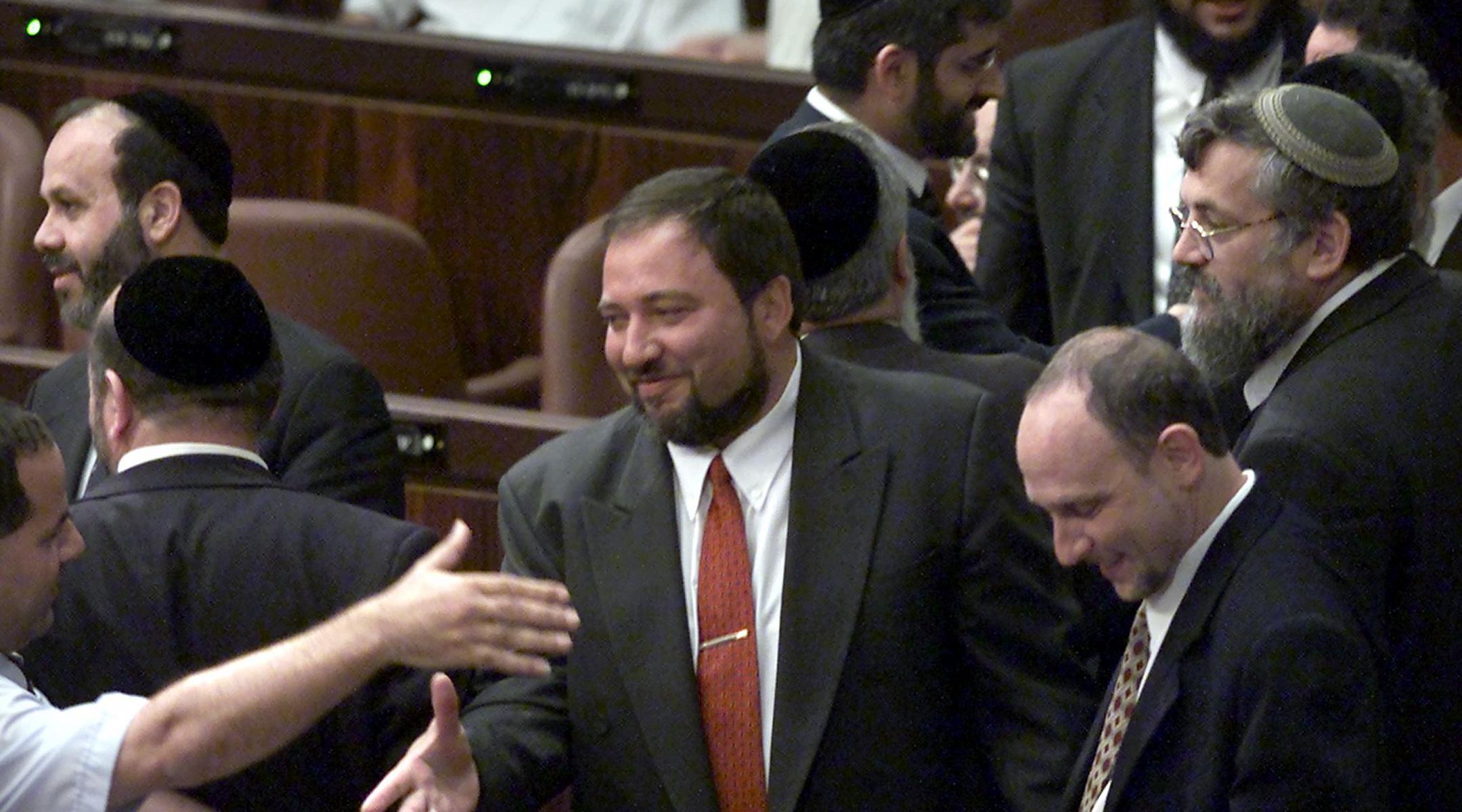 Secular and many religious Zionist Israelis have long resented the haredi, or “ultra-Orthodox,” exemptions from military service and their leaders’ tight control of religion and state issues in the country.

But opposition to the haredim was traditionally the province of the left and center, as when Yair Lapid, head of the Yesh Atid Party, ran his 2017 election campaign with pledges to fight religious coercion.

Liberman, by contrast, is combining secularism with a nationalist platform.

Liberman knows “if he wants to remain a strong force in Israeli politics he needs to reinvent himself or extend his base of support and to do that he is trying to appeal to a broader base: those who identify as right-wing and secular,” said Plesner.

Many on the right are wary of the growing closeness between the Likud and the religious right, which is providing the haredim with increasing political clout, Plesner explained.

“So that created (if you are cynical) a political opportunity for Liberman and (if you believe in the authenticity of Liberman) the necessity for him to do what he did,” Plesner said.

“Liberman is seen as trying to reinvent himself as the new defender of secularism in Israel, which is splendid because for 20 years he did nothing in this regard” in terms of taking concrete action on issues such as civil marriage or public transportation on Shabbat, she said. “It’s a very cynical move. He is counting on the public to have a short memory.”

Others, especially those with ties to Liberman’s camp, tend to see things differently. One political insider familiar with Yisrael Beiteinu who spoke on condition of anonymity told the Jewish Telegraphic Agency that in recent years the haredi camp has overreached and engaged in religious coercion beyond enforcing the “status quo.”

(The Times of Israel has reported that one of the haredi demands during recent coalition negotiations was a law permitting gender segregation in public venues.)

“There has been mentality in government that haredim don’t concede or compromise,
everybody else does and for the first time in Israeli history somebody called them on it,” the insider said, asserting that many people are “secretly or not so secretly happy that someone finally stood up to extortion.”

According to this theory, Liberman should see a boost in the polls. In fact, according to one poll released in recent days, Yisrael Beiteinu may receive nine seats in the next election, scheduled for September.

The view from voters

Such gains, however, may depend on how much Likud chooses to make Liberman the target of their ire, said Danny Hershtal, an American immigrant and former Yisrael Beiteinu activist. After spending their budgets on the last election many parties are broke and will rely heavily on “free attention,” he said. If Netanyahu chooses to stop mentioning Liberman (last month he called his erstwhile ally a “leftist,” which has become a slur in Israeli politics) it could negatively impact his electoral chances.

“If Likud smarts up and stops taking about him he’ll disappear and not pass the threshold,” said Hershtal.

So far, however, Liberman’s approach has its fans.

“I’ve always voted right but never for Lieberman. This time around, I am seriously considering putting his name in the ballot,” said one immigrant from the U.S. with a haredi background who wants to see change in the Orthodox camp.

“My concern is less about drafting haredim and more about the lack of urgency with integrating the fastest-growing segment of Israel’s population into the workforce,” said the immigrant, who asked to be identified only as Yitzchak because of the sensitivity of the issue. “It’s interesting that while [the haredi parties] make demands about Shabbos, the army and gender segregation, you never hear a word from them about the most pressing issue facing their community: the crippling and growing poverty which economists consistently rank as the leading challenge facing our economy.”

Added Yitzhak: “I’ve been worried about Lieberman’s populism and cynicism in the past but sadly, he is the only one on the right even claiming to have principles when it comes to haredi demands.”

“In my academic circle, the party is really unpopular so if anyone I know is supporting him, they’re not talking about it. But I find the party more appealing for forcing new elections,” she said. “I am considering supporting him because he combines an emphasis on traditional Israeli values with right-wing politics. Secularism plus conservatism is very appealing to me.”