When young Israelis move to Germany or Austria, it’s a hard pill for their families to swallow 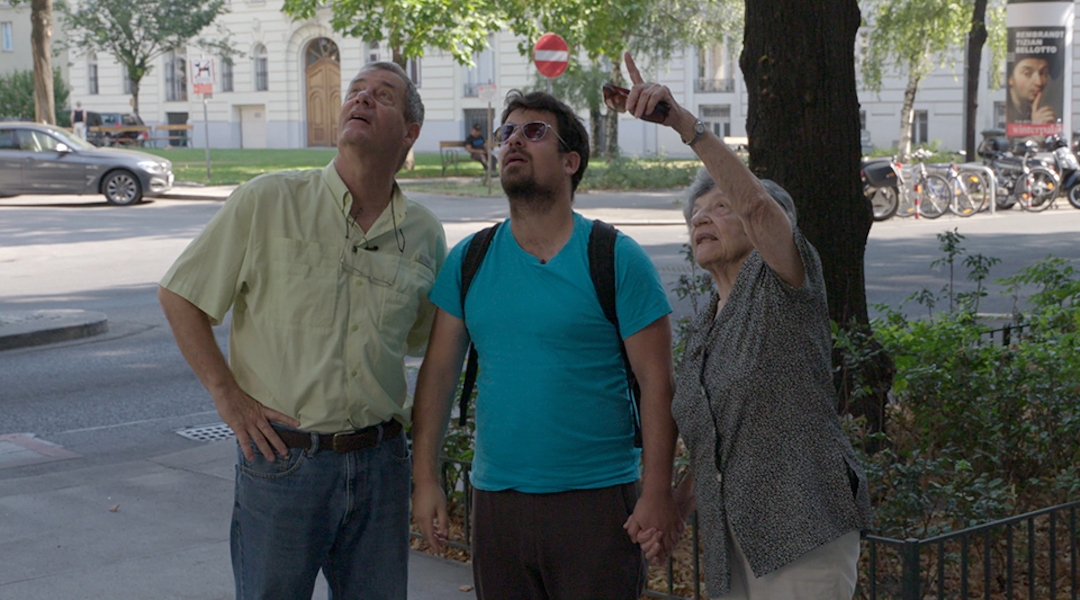 Dan Peled, center, with his father, Gidi, and grandmother Lea. Peled is a main subject of "Back to the Fatherland," a documentary on Israelis moving to Germany and Austria. (First Run Features)
Advertisement

The film is about the exodus of many young Israelis spurred to emigrate mostly by economic issues or politics. But it focuses on two specific destinations that are of particular interest to the Israeli families whose offspring are leaving: Germany and Austria

For some Israeli Holocaust survivors, it’s hard to see their grandchildren return to the countries that, under the Nazis, sought to exterminate them.

Levanon and Rohrer’s collaboration goes back a decade, when they were students at the School of Visual Arts in New York City. Rohrer’s thesis project was called “The Search,” for which she researched her family’s history and discovered a great-aunt who was banished when she married a Jewish man.

Levanon helped with the project, and they stayed in touch after graduation. Rohrer visited Levanon in Israel in 2013, and inspiration struck as they were walking on the Tel Aviv beach.

“We saw an Israeli Jew walking a German shepherd,” Levanon said in a phone interview. “She [Rohrer] couldn’t understand that. To her, the dog reminded her of the concentration camps.”

At the time, as Rohrer recalled, also on the phone, a social media protest had erupted about the cost of living in Israel. It was nicknamed the “Milky Protest” because Israelis were abuzz about the price of a pudding dessert known as Milky, which was made in Israel but cheaper to buy in Germany.

Even so, Rohrer still could not comprehend how Jews might move to Germany, as the Milky Protest’s Facebook campaign urged. And thus the idea for the film was born: to discover why the grandchildren of survivors were abandoning Israel for the homeland of the perpetrators.

When Levanon and Rohrer’s initial search for likely subjects proved unfruitful — most volunteers’ grandparents were deceased — they requested help from social workers at retirement homes and eventually landed a dozen or so subjects. The film concentrates mainly on two of them. One is Guy Shahar, who leaves Israel in search of economic opportunity. 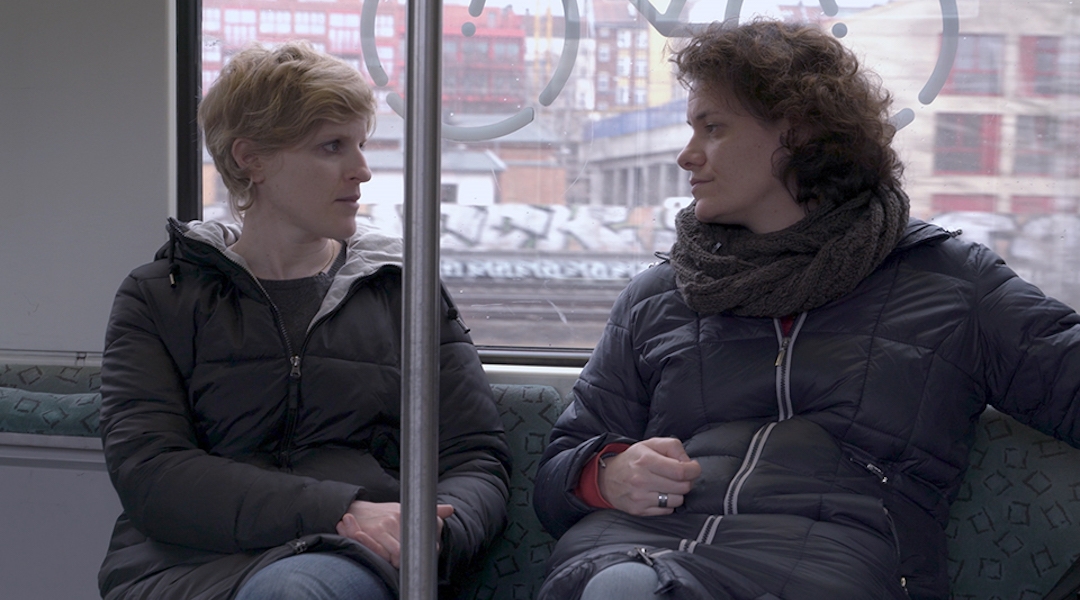 Gil Levanon, left, and Kat Rohrer, who collaborated on “Back to the Fatherland,” met as students at the School of Visual Arts in New York City. (First Run Features)

Shahar is not fully committed to Austria.

“If I feel uncomfortable with the political situation, I’ll get on the plane. Hit me once, shame on you. Hit me twice, shame on me. I learned that from my grandpa,” he said.

Dan Peled, an artist, says he’s unlikely to return to Israel. He went to Germany for a political reason: He feels “in parts of Israel there is apartheid.”

“When I’m there, I become a part of those perpetrators,” he said.

But there were family issues at home as well. His parents divorced when he was 4.

“I never felt at home in Israel,” he said, “but I also never felt I belonged to my family. I only go back to visit my grandma.”

In a telephone interview from Berlin, Peled told the Jewish Telegraphic Agency that distance has softened him somewhat.

“With more time, my relationship with my family is easier and I get to see also the good side of Israel,” he said.

His grandmother, Lea, was not happy about his leaving — especially about his choice of destination.

“It was a small shadow on her heart,” he said. “But my choice was very practical. I knew people in Germany and studying here is free.”

Peled has not experienced any anti-Semitism in Germany, instead attributing any prejudice he’s felt to the fact that he’s a foreigner.

Rohrer, who along with her grandfather is one of the film’s main subjects, offers another reason Germany and Austria are favored destinations for Israelis: They are familiar.

Levanon told JTA she walked into a coffee shop in Austria during the research phase and saw dishes her grandmother cooked and served in exactly the same way.

“It’s a very strange feeling of familiarity,” she said. “Also, in a way I get an opportunity to live a life my grandfather never got to live. This was his language, and in a way it’s about refinding my roots.”

Unfortunately, the film doesn’t have any quotes like this, about how going abroad is also for some Israeli Jews a homecoming.

It also leaves most of the burning questions unanswered: How big a problem for Israel is this kind of emigration? Is it growing? How many Israelis are moving specifically to Germany and Austria?

There are a couple of brief scenes filmed around a table in which a group of unidentified people talk about this subject. They are never identified, and most repeat the same lines about economic opportunity and leaving behind the politics. One seems to suggest that it’s time for Jews to get over the Holocaust, get over victimization, but it’s not discussed at any great length.

Rohrer thinks Israelis are going to continue to emigrate around the world.

“No one says that Israelis will stay here forever,” she said. “We’re a generation that lives in a globalized world, we move a lot.”

“Back to the Fatherland” opens Friday in New York and June 28 in Los Angeles, with a national rollout to follow.