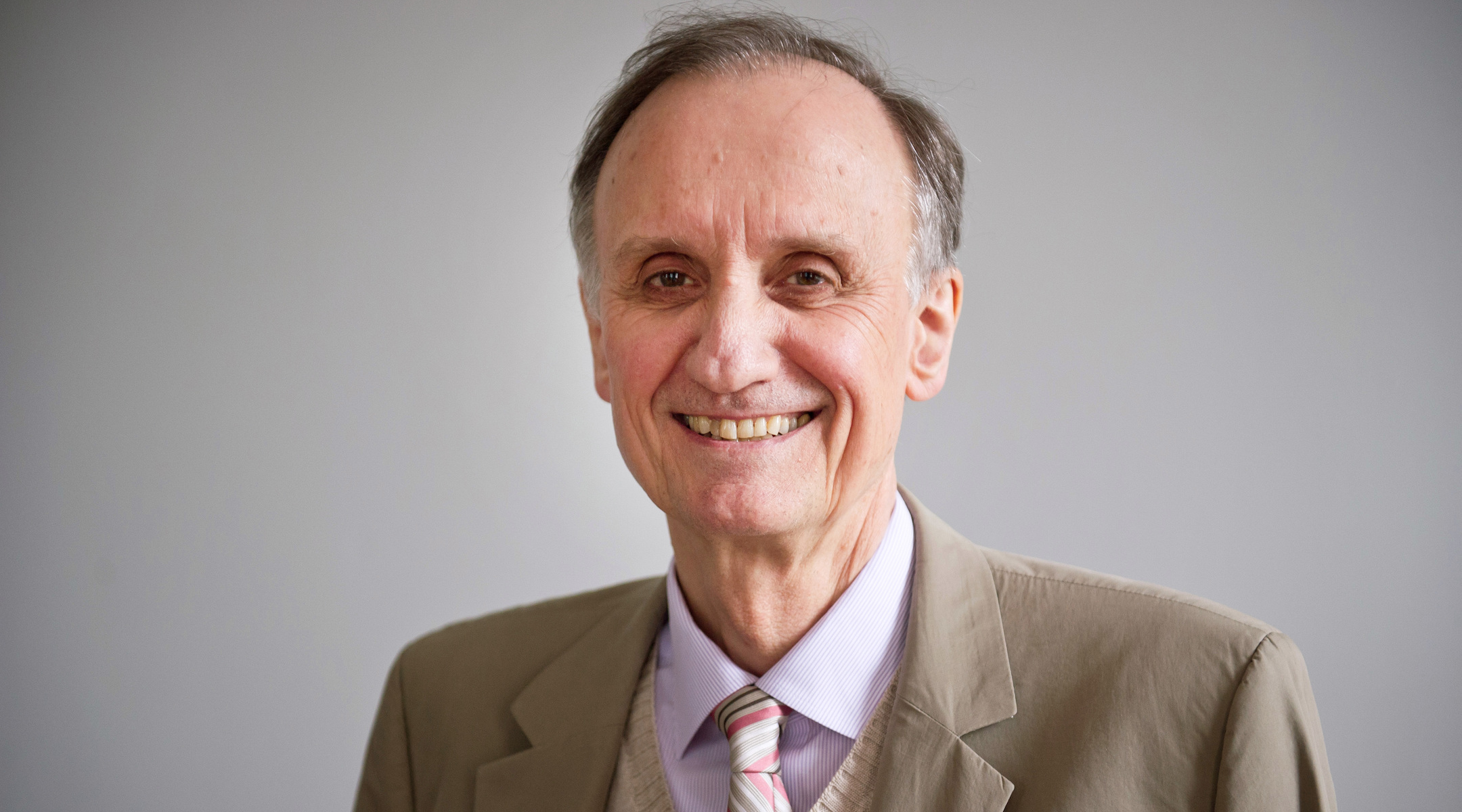 Peter Schafer, a Judaic studies scholar, resigned as director of the Berlin Jewish Museum after it tweeted out an article about the movement to boycott Israel. (Daniel Naupold/picture alliance via Getty Images)
Advertisement

(JTA) — A group of 45 academic Talmud scholars has signed a letter in support of Peter Schafer, the former director of the Berlin Jewish Museum who resigned last week amid criticism of a tweet linking to a pro-Israel boycott story.

Such a letter is unprecedented among the Talmudist community, which is (unsurprisingly) disputatious and tends to shy away from commenting on current affairs, said Ishay Rosen Zvi, a Talmud professor at Tel Aviv University who co-organized the letter with a Princeton University Talmud professor, Moulie Vidas.

A separate letter signed by a broader group of Jewish studies scholars protested “that the reputation of a scholar devoted to Judaism would be smeared in public.” That letter has 300 signatures.

The Talmudists’ letter states that all its signatories, who hold a range of views on Israel and the movement to boycott it, are “united in our profound admiration for Prof. Schafer.” It calls him “one of the main pillars in the field” of Talmudic studies.

Before becoming director of Berlin’s Jewish Museum, Schafer was known as perhaps the preeminent Jewish studies scholar in Germany. One of his books is “Jesus in the Talmud.”

“For those of us who know Prof. Schafer and his work, it is shocking to hear the claim that he is not committed to Jewish causes and the fight against antisemitism,” the letter says. “Prof. Schafer’s teaching and scholarship stand as a testimony to the scholarly values of open discussion, bound by evidence and sensitivity rather than political interests, and the promotion of understanding across traditions and social groups.”

Schafer’s resignation on Friday came after backlash to a June 6 tweet from the museum. That tweet linked an article about 240 Jewish and Israeli scholars who objected to a German parliamentary resolution condemning the Boycott, Divestment and Sanctions movement against Israel. The museum wrote that the article in the left-wing publication Taz was a “#mustread.”

Critics said the museum had essentially opposed an effort to fight the boycott movement.

On June 8, Jeremy Issacharoff, Israel’s ambassador to Germany, tweeted that the museum’s tweet was “shameful” and wrote that “The Jewish Museum is supposed to be a cultural body but is highly political when supporting the boycotting of Israel and in effect criticizing the Bundestag for condemning antisemitism!”

The museum later clarified that it “has in no way positioned itself against the resolution of the Bundestag,” the German parliament. But Josef Schuster, head of the Central Council of Jews in Germany, criticized the museum as “completely out of control.”

The museum had previously hosted Judith Butler, an anti-Zionist professor, as well as Iranian representatives.

The Talmudists’ letter said that the course of events indicated censorship.

“We are deeply concerned about the growing censorship of free speech and the shrinking possibility of criticizing or even questioning government policies which are manifested in these recent developments,” it said.

“This is a person who has dedicated his whole life to the study of Judaism, and the understanding of Judaism, and the training of students,” Rosen Zvi told the Jewish Telegraphic Agency. “To accuse him of anti-Semitism, it’s so outrageous that everyone joined in.”