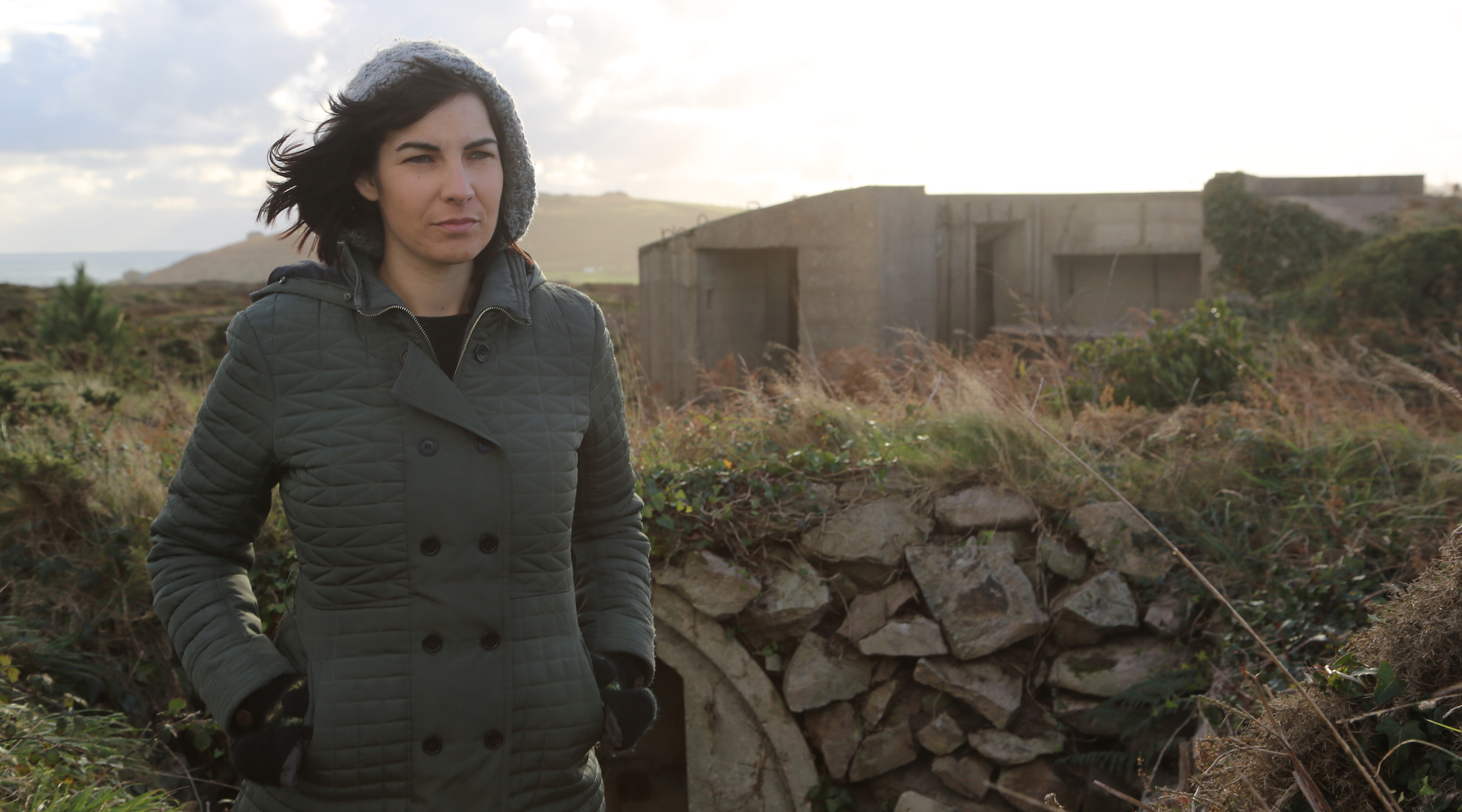 (JTA) — Many are familiar with the names of the larger Nazi concentration camps like Auschwitz and Bergen-Belsen. But some estimate the Nazis had as many as 40,000 satellite camps around Europe.

Several existed on the only British soil conquered by the Nazis: Alderney, one of the Channel Islands, where the Nazis imported thousands of slave laborers to build defenses in hopes of conquering more English land.

Caroline Sturdy Colls, a British professor and forensic archaeologist perhaps best known for her 2014 documentary on Treblinka, explores the island in a documentary called “Adolf Island” airing June 23 on the Smithsonian Channel. While she was forced to tears in the making of “Treblinka: Hitler’s Killing Machine,” her experience on Alderney is a little different — she’s mostly angry.

Colls starts her research journey at the U.S. Holocaust Museum in Washington, D.C. The most notorious camp on Alderney was Sylt, built and run by the SS-Totenkopfverbände, or Death’s Head squads.

The Nazis burned most of the records on Alderney, so there was no telling how many prisoners were killed there. But a couple of clues survived a last-minute Nazi attempt at a cover-up.

One was a Royal Air Force aerial photo taken toward the end of the war that seemed to indicate disturbed ground near the official cemetery. The other was a letter from Nazi leader Heinrich Himmler to the camp commander ordering “no surrender,” and to “shoot all the prisoners without hesitation” if the Allies attacked.

Colls’ original plan was to study and then excavate some promising areas, but she soon received notice from the local government that excavation was prohibited even though she had received permission from the landowner.

So she brought in some high tech, including drone-mounted laser gear. But the government foiled that, too, prompting the professor’s outrage.

You cannot imagine, she says, “how angry and absolutely horrified I am at the character of these people,” who “want to forget.”