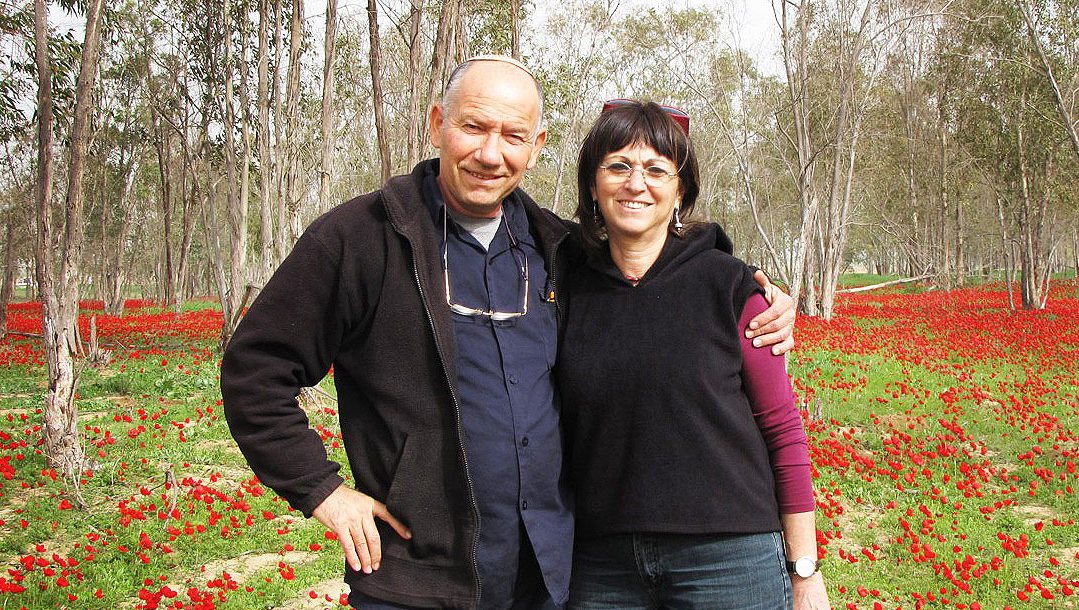 Yoskeh and Nurit Marmurstein enjoy winter blossoms in Alumum, Israel, in 2012. Nurit, right, chose to go to Switzerland to have an assisted suicide. (Courtesy of Yoskeh Marmurstein)
Advertisement

ZURICH (JTA) — When her cup of barbiturate arrived, Nurit Marmurstein was so eager to die that she ignored instructions to drink it slowly and gulped down the whole dose.

To her husband, Yoskeh, this eagerness illustrated both his late wife’s suffering from the terminal disease that tortured her and her determination to end the pain in 2014, when the Israeli couple traveled to Switzerland because it’s one of a handful of countries where assisted suicide is legal.

Hundreds of people make use of the services of assisted suicide agencies like Dignitas and Exit each year in Switzerland, where helping people end their lives “for non-selfish reasons,” as the Swiss law specifies, has been allowed since 1942. Dozens of Israelis like Nurit Marmurstein, a mother of four whose body was ravaged by ALS, or Lou Gehrig’s disease, have made the same desperate move.

But the decision can be particularly difficult for Jews. Suicide is such a grave violation of halacha, Jewish religious law, that those who kill themselves are often denied burial in Jewish cemeteries. It was certainly a difficult decision for the Marmursteins, who lived and raised their children in the Orthodox religious kibbutz of Alumim, near Ashdod, on Israel’s western coast.

“It was a concern to Nurit and we sought rabbinical advice,” Yoskeh, 64, told the Jewish Telegraphic Agency. He said the Orthodox rabbi they contacted “deliberated for a month and finally told us it was not allowed but, in her case, not strictly forbidden because of her intense suffering.”

Ultimately, though, “Nurit would’ve ended her life regardless of what the rabbi said because she had had enough pain and suffering,” said Yoskeh, a farmer.

Nurit’s body was buried at a Jewish cemetery with the help of a lenient rabbinical interpretation by another rabbi, which is often applied to suicides: It stated that she regretted her decision as soon as she drank the lethal dose of barbiturate.

Yoskeh welcomed the permission but insists its reasoning is inaccurate.

“She couldn’t wait to drink it. She was adamant about dying,” said Yoskeh, who has become an activist for promoting assisted suicide in Israel, where he speaks frequently in the media and in lectures about his family’s story.

Nurit, whose friends said she had an unquenchable lust for life when she was healthy, was diagnosed with ALS approximately a year and a half before her assisted suicide — aided with pentobarbital — at the Dignitas facility near Zurich, a blue-paneled cottage on a leafy suburban street. 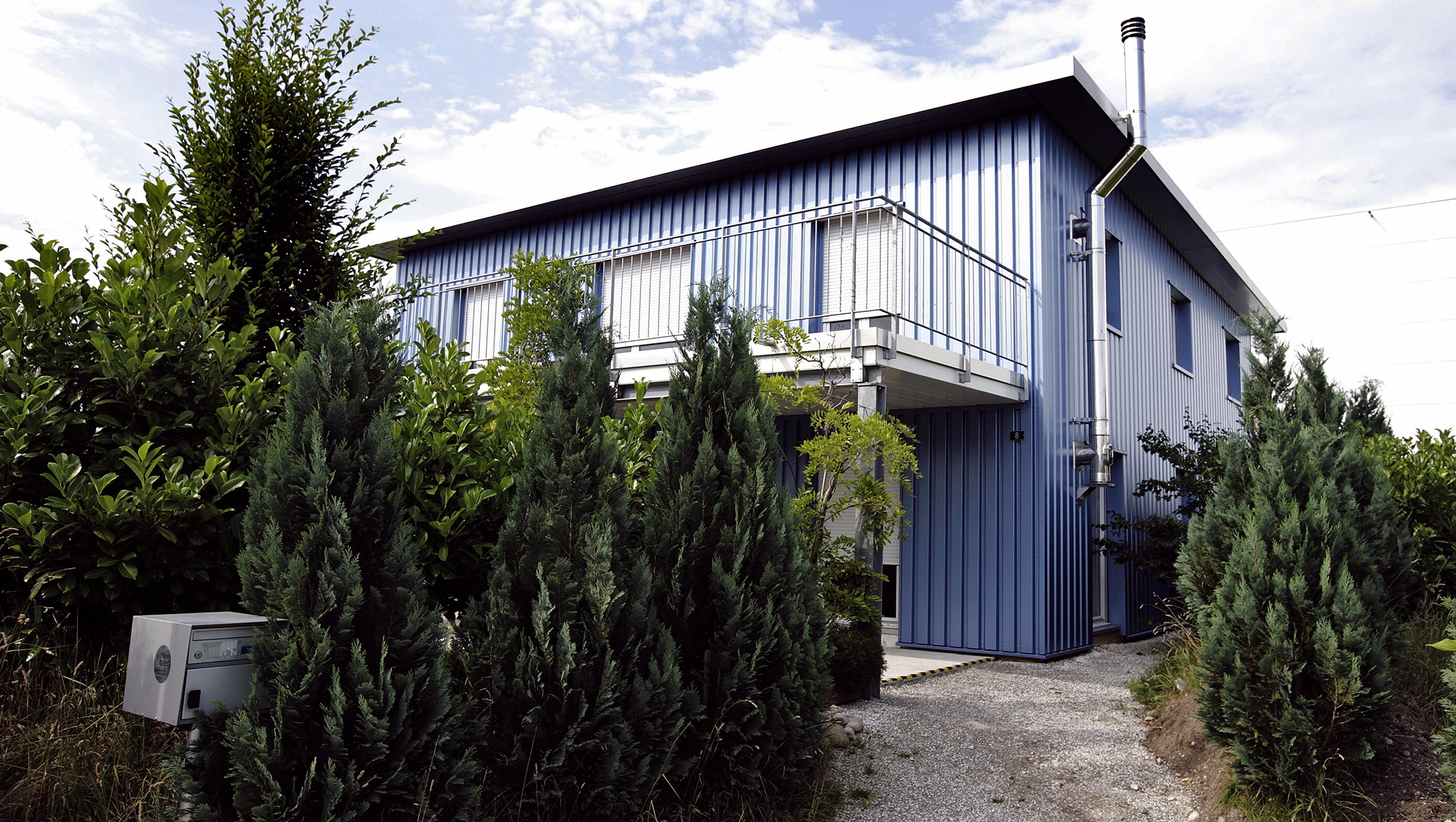 What Nurit, who was 59 when she died, first attributed to “age-induced clumsiness” soon turned out to be a violent form of the degenerative sickness, Yoskeh said. Slurring, shaking and unable to effectively use her limbs, she offered an apology as her goodbye note, which she dictated to her husband.

“Do not judge a person until you are in their place. I’m sorry, everyone. This is my decision, and mine only. Also the execution. I can no longer go on. Forgive me,” she said, relaying apologies to individual relatives before concluding with the words “Forgive me, friends who supported me so. With infinite love, Nurit.”

Other Israelis who had resorted to Dignitas’ services were unapologetic.

“You feel your body slowly losing itself,” Dan Dori, another ALS patent who committed suicide with Dignitas in January, wrote ahead of the trip. “I’m not paralyzed yet, but that’s precisely why I’m going to Switzerland: To avoid ending up like that.”

In his goodbye note, he thanked his friends and family, assuring them that he had “won over the disease” by ending his life when he did. 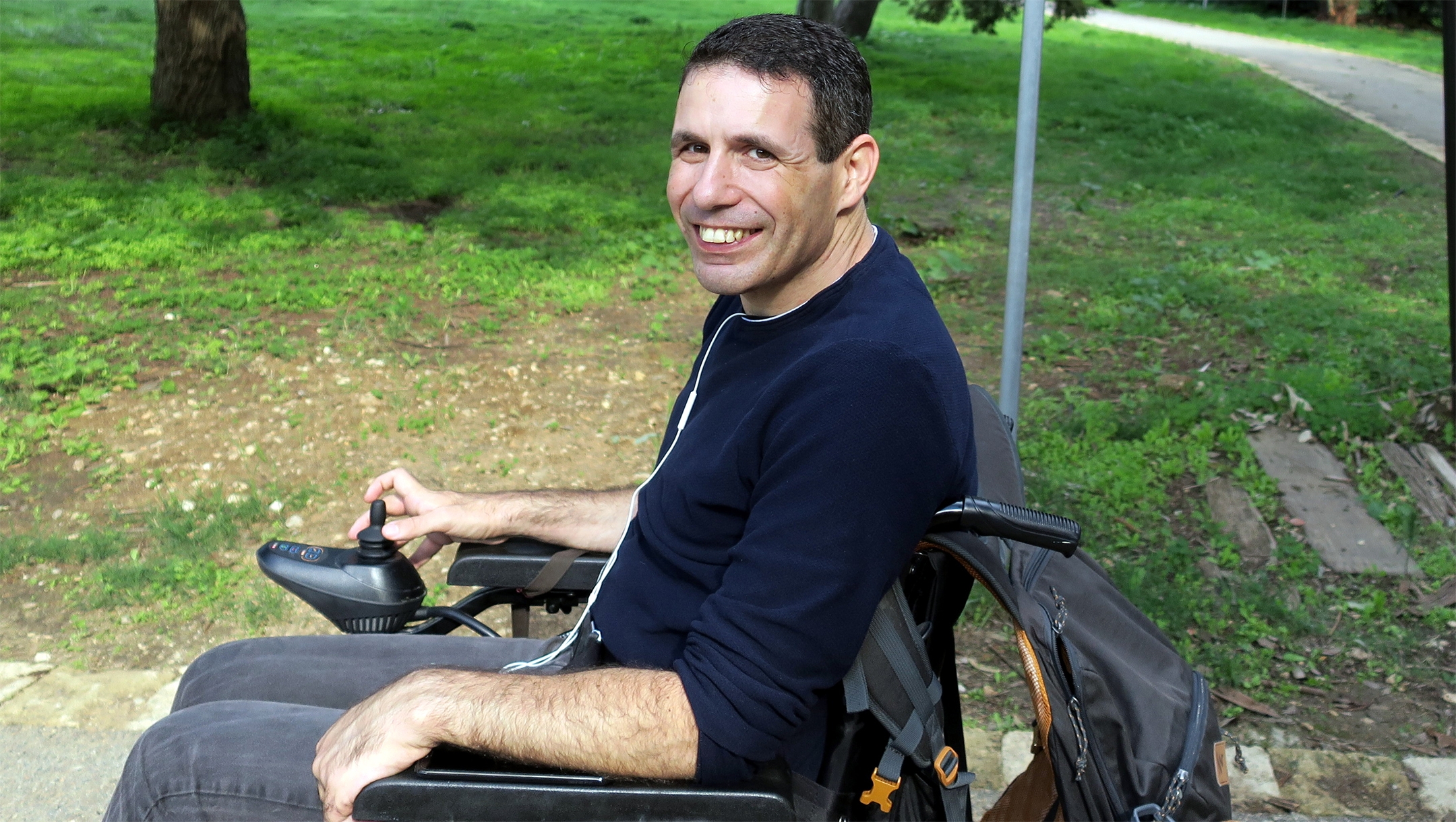 Dan Dori, seen in Israel in 2018, chose assisted suicide at 45 before he became paralyzed by ALS. (Courtesy of the Dori family)

Dori, 45 when he died, was a secular high-tech professional whose family largely accepted his choice.

Several family members and friends pleaded with Nurit to give up on her plan to commit suicide, citing religious taboos.

“She felt their pain, but there was no stopping her. It was no use,” her husband said.

Nurit’s guilt may have been unavoidable. But the pain and suffering she endured during the trip to Switzerland, as well as dying outside the only country she loved, “were an unnecessary nightmare,” Yoskeh said of his wife of 39 years. “I hope one day Israel will allow assisted dying so others don’t have to endure what we had.”

It’s an unlikely prospect in a country where religious sensitivities preclude even public transportation on Shabbat, the Jewish day of rest.

Even in Switzerland, which despite its liberal legislation has a relatively conservative society and strong church, the practice of assisted suicide is controversial and has been challenged numerous times in court, albeit unsuccessfully.

Among some Swiss Jews, resistance to assisted suicide is so fierce that they object to helping people like Yoskeh transport the body of a loved one for burial in Israel.

Rafi Mussbacher, a Swiss-Jewish import-export professional who arranges such shipments, told JTA that he was asked by Chaim Moishe Levy, a senior Zurich-based rabbi, to refrain from helping return Nurit Marmurstein’s body to Israel specifically because she comes from a religious Orthodox family.

Mussbacher, who ships one or two bodies of Dignitas patients each year to Israel, ignored Levy’s instruction.

“Each person who kills himself is one person too many,” Mussbacher told JTA. “I refuse to have any contact with families before the act or be a part of any aspect of the planning. But once it’s done, I am bound by religious laws to help bring a Jewish body for burial. It’s a mitzvah.”

Levy denied that he had intervened with the burial arrangements of Nurit Marmurstein, calling the claim “misinformation.”

“I have nothing to do with the issue,” he told JTA.

Both Dignitas and Mussbacher’s agency, Jumbo Air Cargo, charge several thousand dollars for transporting a body. But with Dignitas, the procedure takes a week. Mussbacher’s agency offers next-day delivery, which is critical for Jews interested in observing the religious commandment that burial happen as soon as possible after death.

Amid debates in 2010 about the Swiss law permitting assisted suicide, the Swiss Federation of Jewish Communities issued a policy statement explaining why it will not participate in drafting provisions for the practice, even though the government consulted the federation to provide its input.

Whereas the federation welcomes the government’s opening the subject to debate, the statement emphasized that the Jewish group “cannot and will not participate in the drafting of a legal document” about the practice.

Rabbi Mendel Rosenfeld, a Chabad emissary to Zurich, is so opposed to assisted suicide that he rejects the term.

Jakob Ledereich, an Orthodox Swiss rabbi, also opposes categorically the involvement of third parties in suicide. But, he added, “I can’t blame the people who commit suicide themselves.

I know it’s forbidden,” he said, “but when I look at it rationally, I can’t fault the decision of a terminal patient in tremendous pain to end the torture early.”