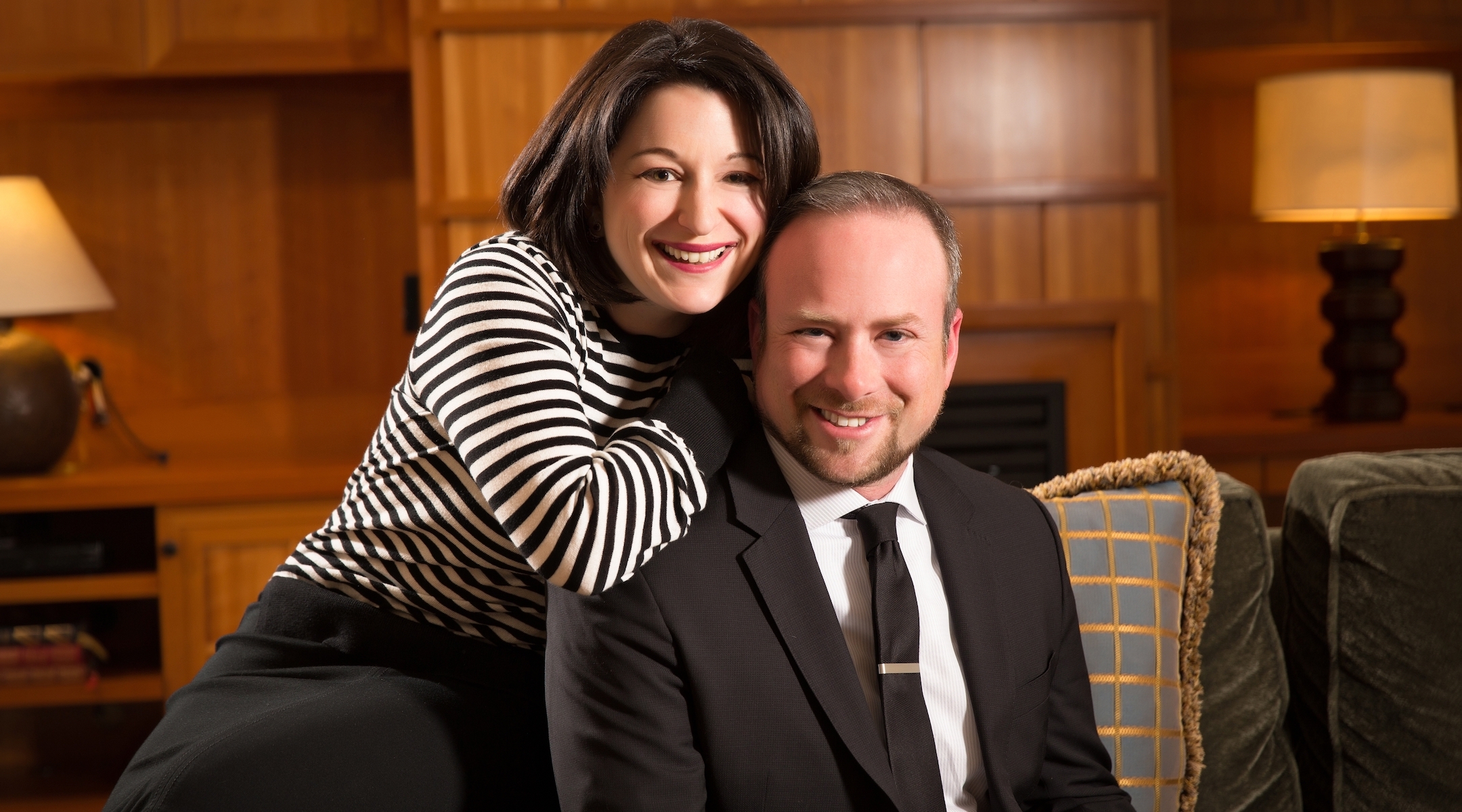 Ari Hoffman, pictured with his wife, Jessica Russak-Hoffman, was inspired to run for Seattle City Council after protesting vandalism and drug use by the homeless in his synagogue's cemetery. (Courtesy of Hoffman)
Advertisement

(JTA) — When Ari Hoffman opened his front door after the Jewish holiday of Shavuot, he saw a note from the police. Anti-Semites were targeting him online, it said. Was he safe?

Hoffman, 38, a candidate for City Council, was safe. But he learned that his neighbor was posting messages on 8chan, a forum friendly to the far right, noting that Hoffman had an Israeli flag in front of his house and asking what he should do.

One of the responses: “Kill [him]. Literally kill [him]. Burn the flag along with [him], dead or alive.”

Another user found a photo of one of Hoffman’s children and posted that he “literally looks like a anti-semitic caricature.” The posts were flagged by the Middle East Media Research Institute, a pro-Israel media watchdog.

The American Jewish Committee condemned the threats. One week later, Seattle Mayor Jenny Durkan wrote in a statement that “I condemn and reject any anti-Semitic attacks and threats of violence on Mr. Hoffman and his family.”

“It’s pretty scary when you see that kind of stuff,” Hoffman said. “It’s not easy on my wife. She’s taking it pretty hard.”

He also had harsh words for the mayor.

“I think it’s ridiculous how long it took the mayor to actually say anything,” Hoffman said. “I think it’s crazy that no City Council member has weighed in on this.”

Hoffman is used to criticizing the mayor and city government. For more than a year, he has been protesting vandalism and drug use in his local Orthodox Jewish cemetery, which he and the cemetery board say is perpetrated by homeless people. That activism led him to run for Seattle City Council this year, a race in which he has become one of the most controversial candidates, calling for an overhaul of how the city addresses its rising homelessness as well as the opioid epidemic.

Hoffman, an Orthodox business owner who grew up in New York and graduated from Yeshiva University, says he’s no conservative — that he is “ticked off” at both parties. But he is running in opposition to the policies of the current City Council, which is largely liberal.

He is protesting high taxes and calling for a requirement that homeless drug addicts enter treatment if they are to receive government housing. He also wants to increase funding for the police and enforce existing laws against drug use, parking, vagrancy and panhandling.

“The city’s gotten so expensive, and the PR has gotten so bad on what’s been happening here that people don’t necessarily want to come anymore,” he told the Jewish Telegraphic Agency. “It’s like New York in the ’80s, with all the graffiti and the crime and the homeless people. It’s very sad.” 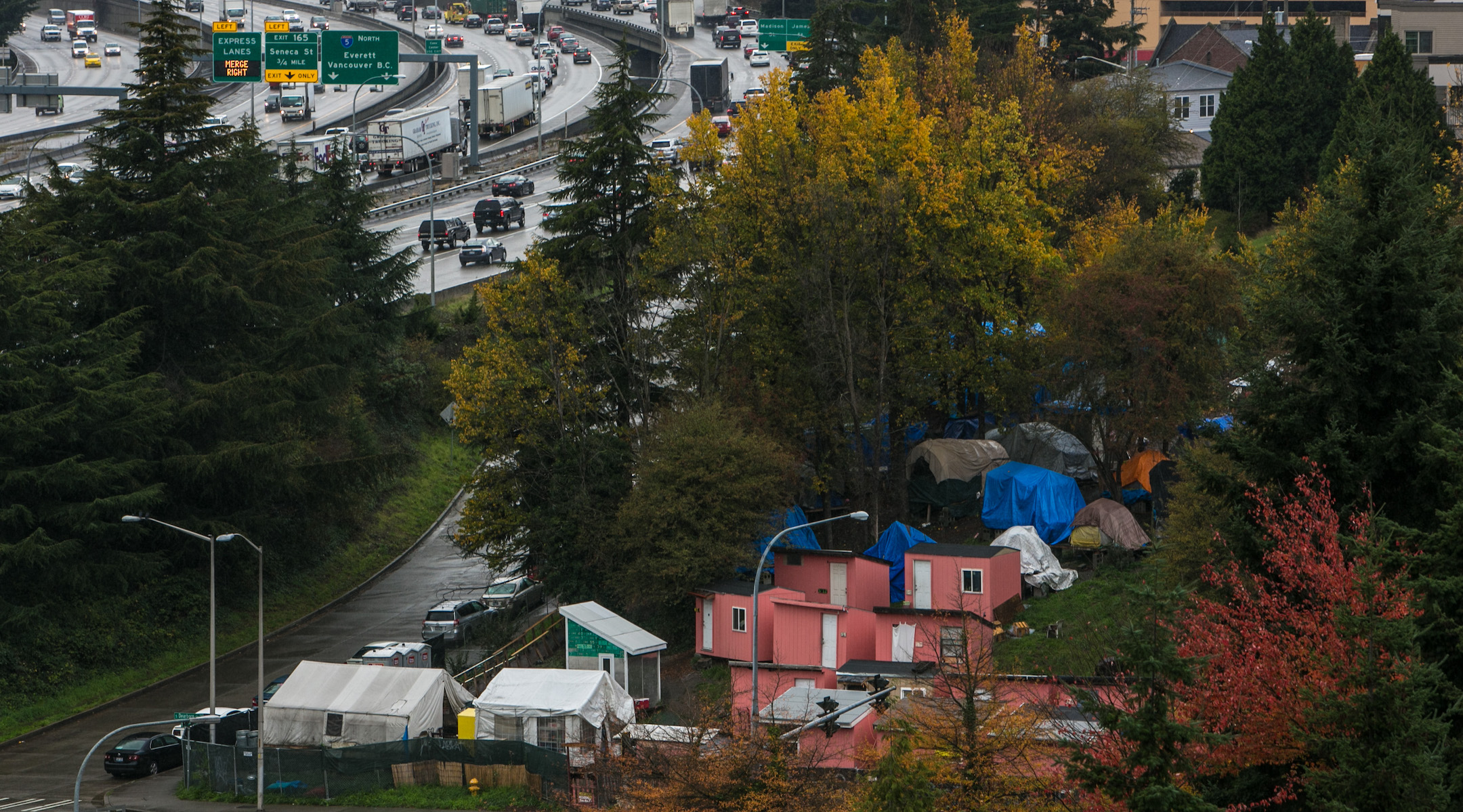 Hoffman says his goal is to help the homeless, not stigmatize them. His campaign page calls for auditing every homeless assistance group, “demanding all un-sheltered people be immediately triaged and sheltered in FEMA-style shelters” and increasing the supply of affordable housing through tax breaks and rezoning.

In March, Hoffman staged “Inflatacon 2019,” a fundraiser for Mary’s Place, which provides family shelters. The fundraiser featured bounce houses and other inflatable attractions from one of his businesses, Amusements On Demand. He has worked with the Millionair Club, which provides jobs for homeless people.

Critics say Hoffman is rejecting research-based approaches to addressing homelessness and drug use.

“Safe Consumption Sites are an element of a comprehensive harm-reduction approach which is a well-researched public health response to substance use disorder,” she said.

Critics  also accuse Hoffman of demonizing the city’s homeless population of more than 12,000, which is the nation’s third largest. On its “endorsements” page, King County Young Democrats listed only Hoffman under the category “Do Not Vote For Under Any Circumstances.”

“By repeatedly talking about people experiencing homelessness as vagrants, [he] contributes to really dangerous rhetoric that is harmful not just to real people but doesn’t advance proven solutions,” Eisinger said.

Some activists who oppose Hoffman have taken issue in particular with his association with Safe Seattle, a Facebook group that focuses on crime related to homelessness and drug use. Most controversially, Hoffman shared on Facebook, then deleted, a Safe Seattle post claiming, based on a tipster, that a person was beheaded at a homeless encampment. The story was not verified, and Hoffman said he deleted his post until police release a final determination in the case.

It’s unclear whether Hoffman, who has raised about $67,000 for his campaign, will take one of the top two spots in his district’s Aug. 6 primary.

David Preston, who runs Safe Seattle, says that Hoffman is only interested in practical solutions.

“I think he’s going to do what the City Council has been unable to do, and that is apply the law,” Preston said. “He wants to get people into treatment and into housing.”

Hoffman says he is drawing attention to a real problem at Bikur Cholim Cemetery, which is associated with his synagogue in northwest Seattle, as well as the larger failure of the city to provide solutions for its homeless population. He said people park RVs outside the cemetery, where the homeless use drugs and solicit prostitution.

The city’s Catholic cemetery has not faced the same problems, said Richard Peterson, director of Catholic cemeteries for the Seattle archdiocese, though he said that may be because Bikur Cholim is closer to a central highway. Peterson also said that a Catholic cemetery in the suburbs called law enforcement to stop homeless people from using it as a byway to a nearby forest.

He said he “supports our friends in the Jewish community who are trying to operate a very sacred space and having it violated.”

Hoffman said the anti-Semitic attacks have taken a toll on his family. But he doesn’t mind the political opposition as much — even the repudiation from King County Young Democrats.