LGBTQ Israelis are still fighting for equal rights. Anti-Israel activists are trying to erase us. 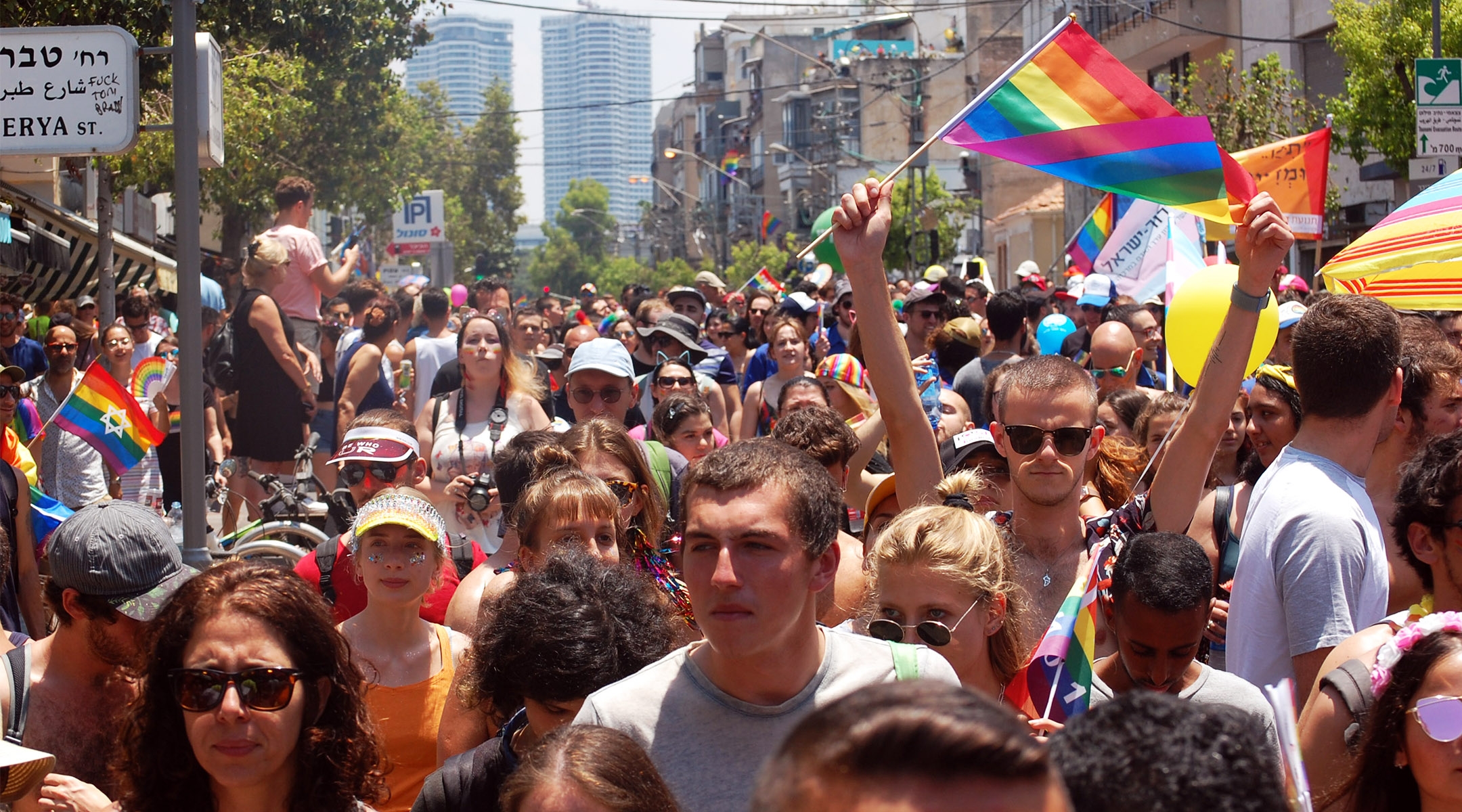 TEL AVIV (JTA) – In 2019, Israel is a pretty great place to be gay. Our country just finished a month filled with hundreds of LGBTQ Pride events around the country, and Israel is one of the few places in the Middle East where being out and proud won’t jeopardize your life.

But things have not always been this way. The Israeli LGBTQ community did not receive the legal protections we have as a gift, and the vision of David Ben-Gurion certainly did not include getting Tel Aviv to top the charts of the most sought after city for Western gay tourists.

Brave Israeli LGBTQ people marched and fought for our rights and for acceptance. We still do, but we are in a much better place than where we were 10, 20 or 30 years ago.

However, the Israeli LGBTQ community does not enjoy full equality. We are still unable to get married in Israel, and adoption and surrogacy laws are still discriminatory against us.

But while progressive Israelis continue to fight for LGBT rights, disingenuous critics of Israel have accused Israel of committing a “gay propaganda war.” Rather than helping in our struggle, or acknowledging that our progress has been dearly won, these activists cry “pinkwashing,” claiming that our country treats us wonderfully to cover up for the occupation of the Palestinians.

By contrast, pinkwashing has a different meaning for Israeli LGBTQ people. As a Tel Aviv-based LGBTQ-rights activist who frequently visits campuses and communities in North America and Europe, I can see how this term was lost in translation.

When most Israelis use the term pinkwashing, they are referring to the slippery actions of Israeli politicians – politicians who will meet with, speak to and use LGBTQ rights in Israel to tout their progressive bona fides, while not taking any legislative action that would actually help our situation.

When Israel’s Prime Minister Benjamin Netanyahu met with LGBTQ activists earlier this year, for the first time in 10 years, he used this meeting for PR purposes – while not promising or committing to anything that will advance our struggle for equality.

In fact, when the same-sex surrogacy law was presented to the Knesset last July, after he promised to support the bill, Netanyahu did not fail to fail the Israeli LGBTQ community.

This hypocrisy is the reason why many in the Israeli LGBTQ community are upset with the Israeli government. It is also why tens of thousands of people joined a protest against the government just last year.

But when organizations like CODEPINK, the Palestinian Campaign for the Academic and Cultural Boycott of Israel and other groups discuss the issue of pinkwashing, they are not really interested in supporting the Israeli LGBTQ community or advancing our struggle. Instead, they are trying to silence us in their efforts to delegitimize our country.

This is part of a well-known set of tactics anti-Israel activists use to weaponize painful and serious issues in Israel against the very citizens fighting for equal rights.

While LGBTQ Israelis are accused of being nothing more than a propaganda tool, Israeli Mizrahi Jews are being re-branded by these activists as “Arab Jews” or “Palestinian Jews.” Similarly, the painful issues facing African asylum seekers in Israel are being used by anti-Zionist activists who usually focus on the Palestinian conflict but will jump on the bandwagon of anything that can be used to taint Israel as a bad country.

These activists are using our pain as a means to advance their biased agenda.

What is the reason for their fixation on all of these issues? Is it actually meant to promote underprivileged communities, or attack us for our nationality?

Truth is, activists who exploit our social struggles to promote their political agenda are all too willing to sacrifice their own progressive values to turn Israel into a pariah. To join with them, even if we believe that the issues they are discussing are real, would be a dangerous mistake.

We cannot and should not join campaigns that were designed to erase us and shun us from progressive circles. We must be louder and speak for ourselves, especially when so many are eager to speak over us.