In the Swiss Alps, locals and haredi Orthodox tourists find ways to get along 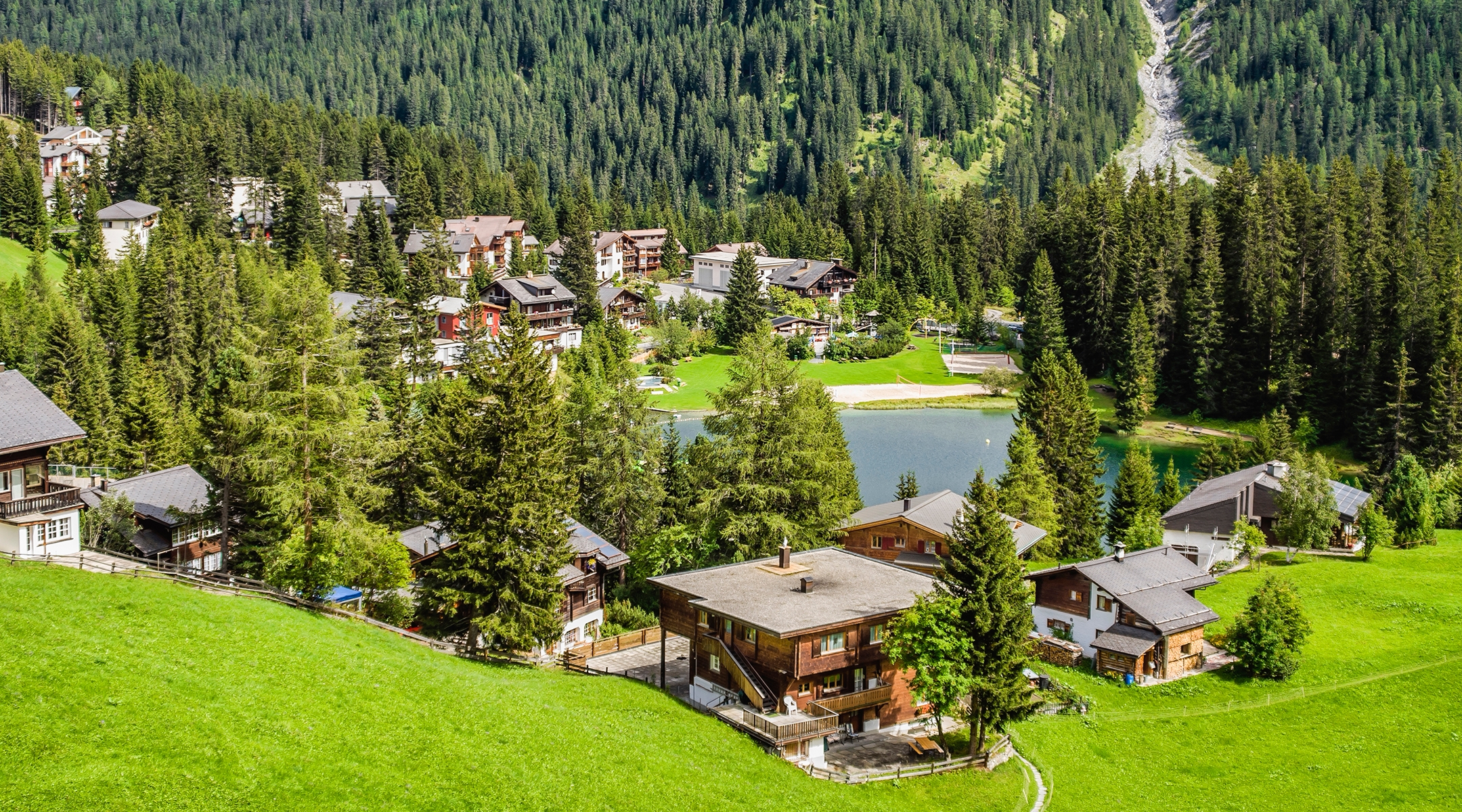 A view of Arosa, Switzerland, in summer. (Olaf Protze/LightRocket via Getty Images)
Advertisement

AROSA, Switzerland (JTA) — A calmer, safer and more beautiful place than this Alpine skiing town is difficult to imagine.

In summer, cyclists abandon their unlocked mountain bicycles (there’s virtually no crime here) outside cafes surrounded by wild coniferous forests. They enjoy reasonably priced regional treats on terraces whose stunning views include turquoise lakes at the foot of snow-capped mountains punctuated by waterfalls.

Arosa, which has had a kosher hotel since the 1930s, is a preferred destination for haredi Orthodox Jewish tourists during the summer vacation. Often traveling on a budget, large haredi families get bargains here off season for hotels that make most of their profit from winter sports enthusiasts, and incur losses during the summer .

In recent years, however, this symbiosis in paradisaical Arosa has become burdened by tension and resentment. Jewish tourists from insular communities and locals from this small town in one of Western Europe’s most conservative societies have clashed at times in ways that occasionally have made news.

Perhaps the best-known incident occurred in 2017, when an Arosa hotelier posted a request to her “Jewish guests” that they shower before entering the hotel pool. She also asked the Jews to access the refrigerator only at set times. Jewish groups, an Israeli official and an online travel site all condemned the hotel as racist before both sides acknowledged mistakes.

Following multiple incidents like these, the Jewish community of Switzerland launched a project this summer involving dozens of volunteers and hoteliers that aims to sensitize the relevant parties to each other’s points of view. Cyclists near Arosa with the mountains in the background, June 4, 2014. (Tim De Waele/Getty Images)

His group and tourism bosses have spent about $25,000 on the campaign, the first of its kind in Switzerland. Volunteers distribute fliers in four languages, including Hebrew and Yiddish. Earlier this month, dozens of hoteliers came to a symposium in nearby Davos, where the Jewish federation explained about some of the sensitivities of the haredi guests. (One of the tips: Offer the guests an apple as a welcome snack rather than a ham sandwich.)

“Mistakes have been made on all sides, including our own,” Kreutner said. “We need to develop ways of learning from that.”

He acknowledged his group’s mistakes in the 2017 swimming pool incident: Its charges that hotelier Ruth Thomann was guilty of discrimination helped escalate the incident into a diplomatic crisis.

Pillorying her was “a huge mistake,” Kreutner said.

Even before the storm subsided, however, it emerged that “Thomann was no anti-Semite,” he said, and the incident was a series of misunderstandings. Orthodox Jews who had stayed at her hotel in Arosa told the Swiss media and JTA that they had felt welcomed by Thomann and her staff. 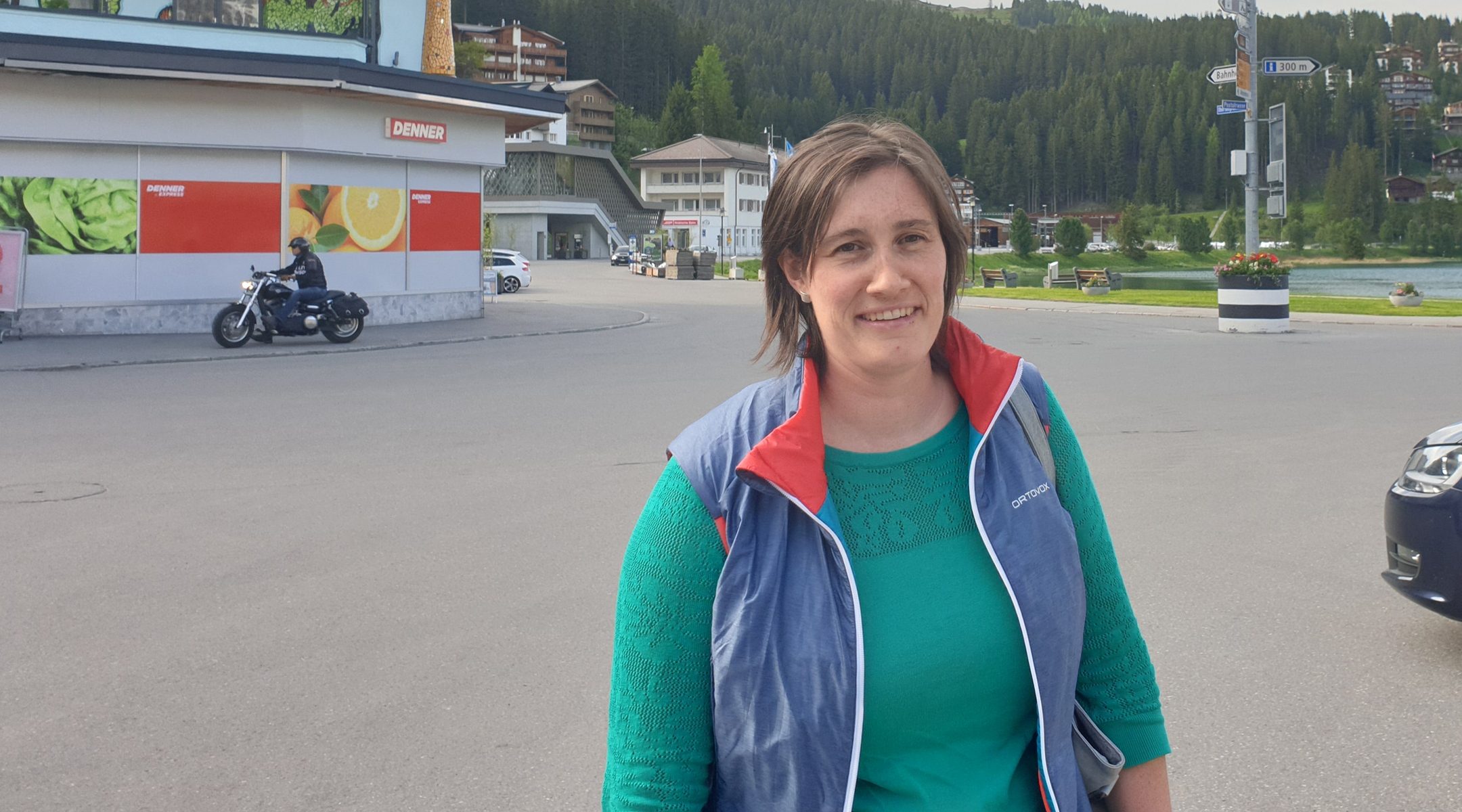 Lena Zuberbuehler, an Arosa local, complains that some haredi Jews visiting the Swiss skiing town “ignore you if you tell them something. It’s not OK.” (Cnaan Liphshiz/JTA)

The enormous local and international exposure in turn magnified behaviors by some haredi visitors to Arosa that are unacceptable in Switzerland. Locals complained that the tourists left trash, including used diapers, strewn about picnic areas; pushed and shoved at bus stops; and skipped out on paying for public transportation. Such issues have generated multiple incidents that have not been picked up by the media, Kreutner said.

“Some of the haredi visitors seem to be not really aware that there are people around them,” Lena Zuberbuehler, a local from Arosa, told JTA. “Shouting, shoving on the bus. It’s a Swiss cultural thing; we don’t like that. They ignore you if you tell them something. It’s not OK. You have to adapt yourself if you come to another country. I do that as well.”

Others, like Juan Perez, a construction worker, said these issues are “negligible compared to the contribution the Jewish tourists make. Thanks to them, hotels don’t stand empty off-season. It’s a huge advantage.”

Eliyahu Hamerschlag, a father of four from the Jerusalem area, visited Arosa for a weekend earlier this month with two of his children.

“I’ve come here three times already and haven’t experienced any negative reactions,” he said. “I don’t think the problem here is about racism, specifically against Jews. I think it’s about the misunderstandings that can happen when a number of people come into regular contact with another number of people from a very different culture.”

Arosa in the summer offers some stunning views. (Olaf Protze/LightRocket via Getty Images)

Friction rose in Arosa as it began to become a destination for working- and middle-class haredi families, Kreutner said. Wealthier haredi Jews have been vacationing here for decades, since the establishment of a large, four-star kosher hotel in the 1930s.

“The Arosa incident [involving Thomann] just gave a push to plans we already had for mediating between the parties,” Kreutner said. Written in consultation with haredi copywriters, the leaflets urge Jewish guests to be alert to lines and leave campgrounds clean. The fliers remind readers that they “represent the People of Israel” to many they meet in Switzerland, Kreutner added.

In 2017, Kreutner traveled to Arosa, situated about 90 miles southeast of Zurich, and apologized to Thomann publicly for his organization’s condemnation of her actions.

Kreutner said he has tried to have her relisted on the online hotel reservation service Booking.com, which dropped Thomann following the incident, but says the firm has ignored him. (Booking.com did not respond immediately to JTA’s request for comment.) He said several Swiss Jewish families, who know the inside story, have been staying in her hotel to help make up for the loss of business.

(Thomann, whose quiet three-floor hotel borders a mossy woods with a large population of squirrels and martins, declined to be interviewed for this article, saying only  “I have put it behind me.”)

Low- to medium-budget hotels like hers are key to how Arosa became a popular destination for so many haredim  in the past 30 years.

Before these hotels sprang up, Orthodox visitors here tended to stay at the Hotel Metropol — the four-star kosher establishment with a gourmet, glatt-certified restaurant and an inhouse synagogue. Run by the Levin family of Swiss Jews, the Metropol planted the seed of off-season Jewish tourism in the Swiss Alps. 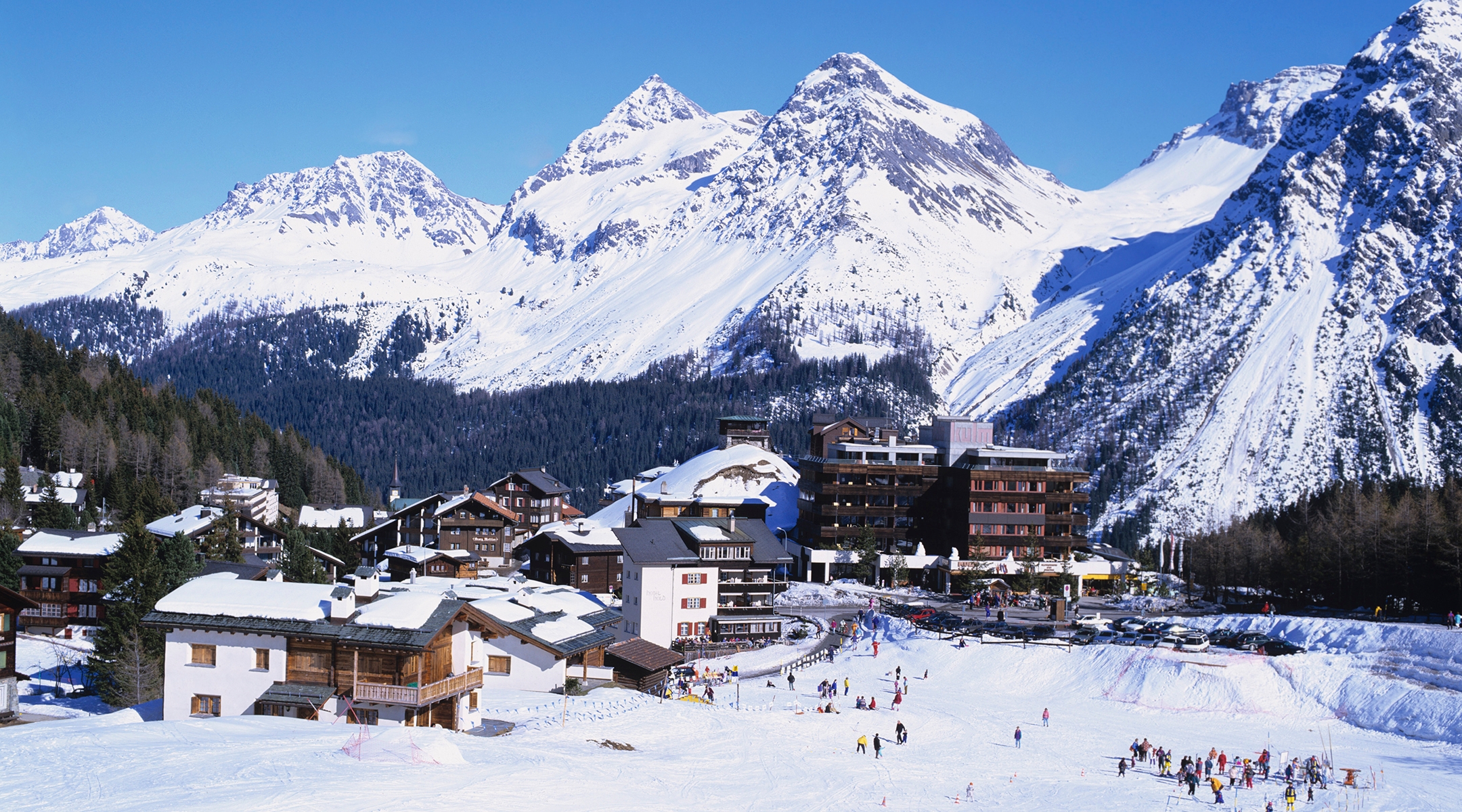 Skiers revel in the snow-capped mountains outside Arosa in 2015. (Eye Ubiquitous/Universal Images Group via Getty Images)

Especially after Tisha b’Av, the Jewish day of mourning over the destruction of the Temple in Jerusalem, Arosa these days attracts hundreds of haredi tourists. Many bring kosher kitchenware and cook kosher food bought at the local store of the COOP supermarket chain.

At some budget hotels, Jews with east-facing rooms turn them into makeshift prayer spaces.

The budget hotels and short-lease apartment buildings mean that “anyone with a few shekels in their pockets can come here these days, thank God,” said Hamerschlag, the haredi man from Israel.

Chuckling, he adds, “They even let me and my little monsters stay in this slice of Eden.”