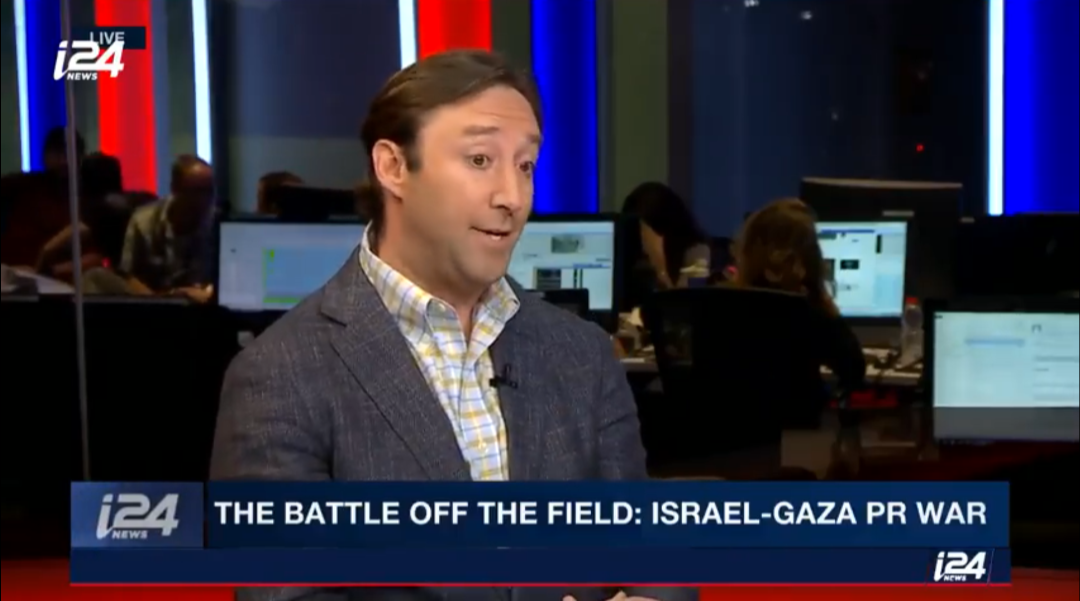 WASHINGTON (JTA) — Josh Block, CEO of the advocacy group The Israel Project, in a surprise move said he is stepping down.

In a farewell note Monday to the group’s backers, he suggested that the difficulties of fundraising for a nonpartisan group in a polarized era was a factor. He would not speak on the record to the Jewish Telegraphic Agency.

It was not clear what direction the nonprofit, founded in the wake of the negative press Israel endured after the launch in 2000 of the second intifada, would take.

Block has helmed the nonprofit, which engages with the media and other public institutions on Israel issues, for seven years. Before that he was the spokesman for the American Israel Public Affairs Committee.

“The polarized political climate in the United States, both in the wider body politic and inside the Jewish community, is making it increasingly difficult for non-partisan organizations — especially those whose work, like press outreach in today’s public debate, is like infrastructure — necessary but not sexy and often discreet — to enlist passionate, committed supporters willing to set aside differing views in pursuit of common purpose — in our case, strengthening Israel and ensuring the facts and truth are told in the media about the Jewish state,” Block said in the farewell note.

The group, founded by philanthropist and activist Jennifer Laszlo Mizrahi, at first emphasized friendly outreach to media, even outlets often perceived as hostile to Israel. It offered reporters detailed backgrounders, access to Israeli officials, tours of Israel and access to pro-Israel spokespeople. It expanded its reach to other media markets, including in Europe, Asia and Latin America, and used polling to test language and concepts for successive Israeli governments.

Laszlo Mizrahi left in 2012 and founded a disability advocacy group, Respectability. Many of the non-American press outreach operations devolved away from The Israel Project into independent groups, including Fuente Latina, which advocates for Israel in Latin American countries.

Block concentrated more on U.S. advocacy and took an approach that at times was more pugnacious than under his predecessor. In 2015 he blasted the Obama administration’s Iran policy that culminated in the Iran nuclear deal. Block launched a lively online magazine of ideas, The Tower, and under his watch, The Israel Project helped lead state-level lobbying for laws that target the boycott Israel movement.

Maintaining a nonpartisan posture has become more complicated since Trump’s election, particularly in the Jewish community, where the president’s opponents and supporters are equally vehement. A substantial majority of Jewish voters disapprove of Trump, both for his conservative agenda and for statements and actions that condone or encourage bigotry. His backers welcome his close alignment with Israel and the agenda of Prime Minister Benjamin Netanyahu.

In his farewell note Block, who was based in Washington, D.C., singled out for praise and thanks Lior Weintraub, the group’s Israel-based vice president, and Elliott Mendes, its chief operating officer.