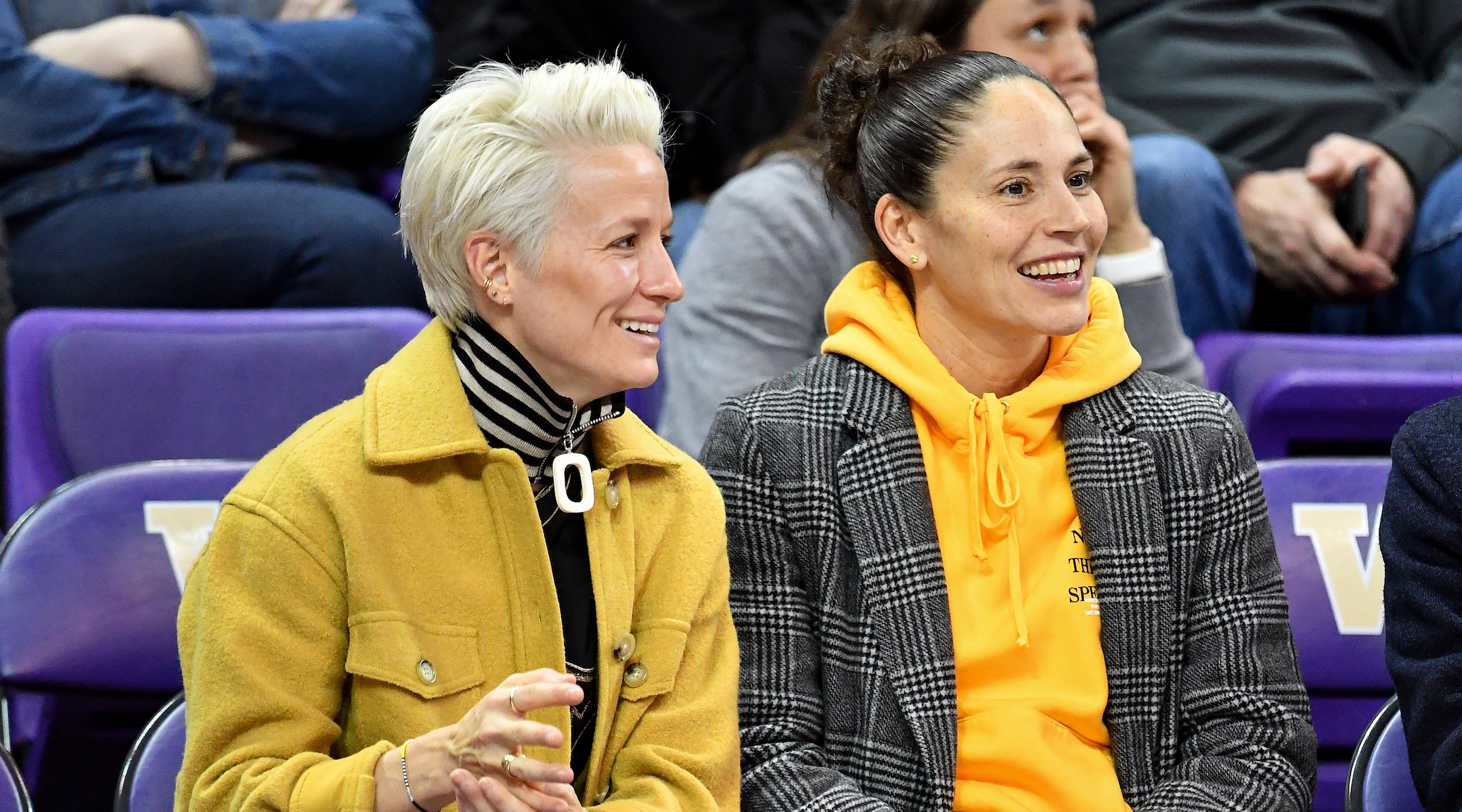 (JTA) — After President Donald Trump criticized U.S. soccer star Megan Rapinoe for disrespecting the White House, Sue Bird stepped in to back up her girlfriend.

Bird, the Israeli-American basketball star who has been dating Rapinoe since 2016, called Trump a “full adolescent boy” for his comments in an essay for The Players’ Tribune titled “So the President F*cking Hates My Girlfriend.”

It was published Tuesday ahead of the U.S. Women’s National Team World Cup semifinal match against England, which they won 2-1.

The Trump-Rapinoe scuffle started when a clip of Rapinoe saying that she would not visit the “f***ing White House” if the team won the World Cup went viral last week, ahead of a quarterfinal match against France.

Trump responded by saying “Megan should never disrespect our Country, the White House, or our Flag, especially since so much has been done for her & the team.”

….invited Megan or the team, but I am now inviting the TEAM, win or lose. Megan should never disrespect our Country, the White House, or our Flag, especially since so much has been done for her & the team. Be proud of the Flag that you wear. The USA is doing GREAT!

Bird, who met Rapinoe at the 2016 Olympics in Rio de Janeiro, wrote in the essay that it was tough to see her girlfriend under such scrutiny, and that she has been seeing “MAGA peeps getting hostile” in her Twitter mentions.

“[N]ow they’re doing takedowns of Megan on Fox News, and who knows whatever else. It’s like an out-of-body experience, really — that’s how I’d describe it,” Bird wrote. “But then Megan, man….. I’ll tell you what. You just cannot shake that girl. She’s going to do her thing.”

Bird, 38, is seen as one of the best WNBA players of all time. Rapinoe, 34, is captain of the U.S. women’s soccer team. They made history together last year as the first gay couple on the cover of the ESPN body issue.

Bird grew up in Syosset, Long Island, and went to high school with Natalie Portman. She was able to become an Israeli citizen in 2006 because her father Herschel is Jewish, but the move was mainly for basketball reasons — Bird was playing for a team in Russia, and European teams only can have two Americans on their roster at a time, so she started playing on her Israeli passport. But her new citizenship also became a way for her to connect to her Jewish identity.

“I was able to learn a lot about a culture that I probably wouldn’t have tapped into otherwise,” she told the Washington Jewish Museum about a short stint living in Israel. “Part of it was being just immersed and basically living there for a little bit, and it was one of the best experiences. People have this kind of different image of what Israel is, and what it’s about. And yes, there are military people all over, but there’s so much more.”