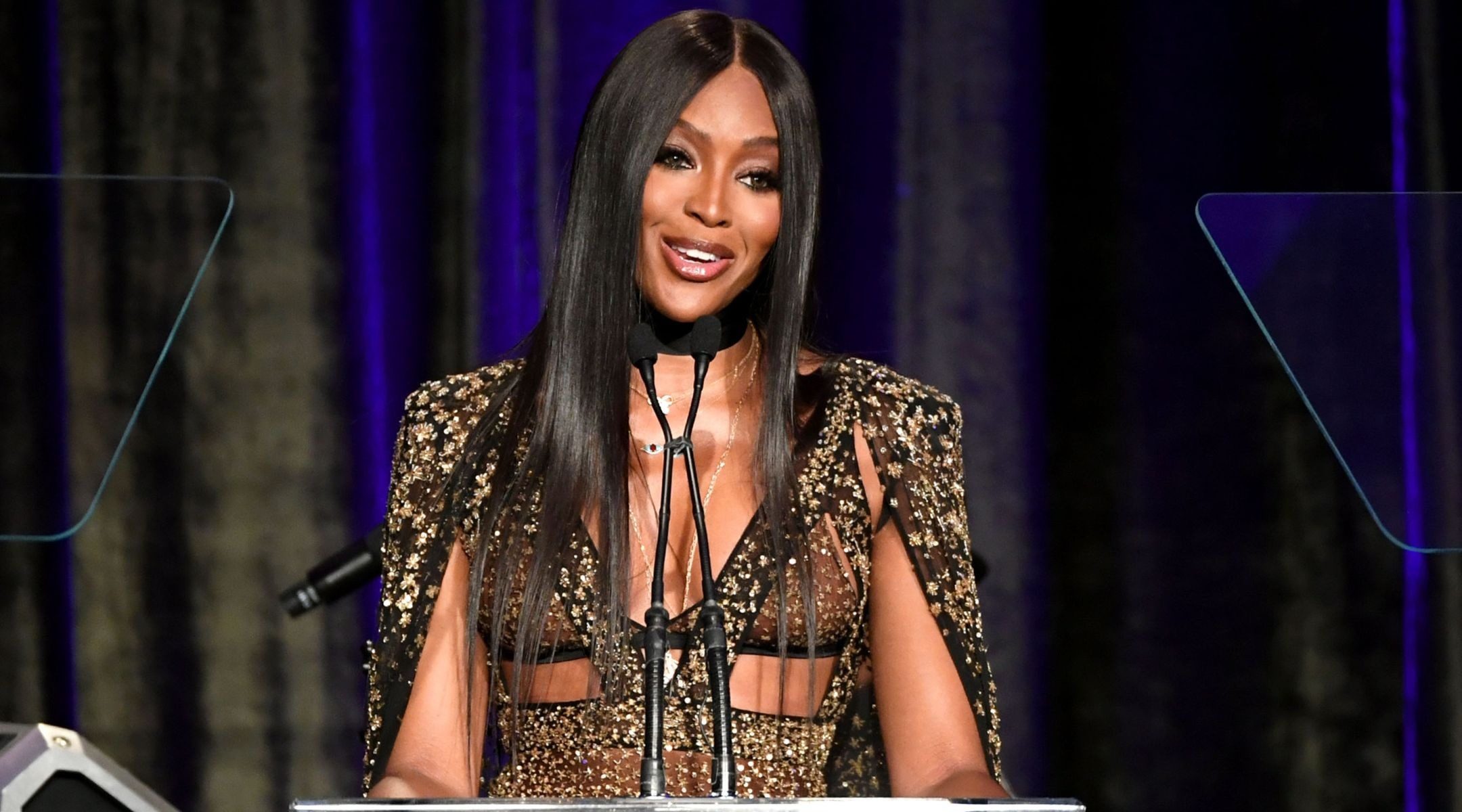 Supermodel Naomi Campbell, seen at the American Icon Awards in Beverly Hills on May 19, 2019, praised the teachings of the Lubavitcher Rebbe on social media in honor of the 25th anniversary of his death. (Kevin Winter/Getty Images)
Advertisement

(JTA) — Celebrities praised the teachings of the Lubavitcher Rebbe on the 25th anniversary of his death.

Supermodel Naomi Campbell and singer Paula Abdul were among the stars recalling the legacy of  Rabbi Menachem Schneerson, who led the Chabad-Lubavitcher Hasidic movement through a period of revival and spread its influence through Jewish outreach centers in dozens of cities and countries.

An estimated 50,000 people visited Schneerson’s gravesite in Queens, New York ahead of the 25th yahrtzeit marking his death at 92 following a stroke. The pilgrimage to the burial site, known as the Ohel, took place last week ahead of the anniversary Saturday, the 3rd of Tamuz on the Hebrew calendar.

From 1950 until his death in 1994, Schneerson headed the Chabad-Lubavitch Hasidic movement — a movement he had helped revive following its post-Holocaust re-establishment in New York.  Throughout the year, approximately 400,000 people visit the Cambria Heights site, many of them not Hasidim or even Jewish, to pay their respects and to reflect on his teachings.

Israeli Prime Minister Benjamin Netanyahu wrote on his Facebook page that Schneerson “changed the world and had such a great influence on me. We will always remember him.”

In Britain, Chief Rabbi Ephraim Mirvis eulogized Schneerson as “one of the great rebuilders of Jewish life after the tragedy of the Shoah,” whose “teachings and insights remain as fresh and relevant today as they have ever been.”

Britain’s former chief rabbi, Jonathan Sacks, released a video tribute saying Schneerson “was a man who inspired me and left a legacy that impacted the Jewish world.”

In a tribute  on social media, Campbell wrote: “An inspirational leader, scholar, and teacher, the Rebbe taught that we are all inherently good and we each have the potential to change the world for the better, one good deed at a time. I have personally learned so much from his wisdom and teachings, and while I never met him, I’ve visited his resting place in Queens to gain blessing and inspiration. With so much discord and division across our society, the Rebbe’s words are more relevant than ever, and we so desperately need to take them to heart and learn from his example to always see the good in others, even those with whom we may disagree.”

Campbell added that she would “rededicate” herself to the rebbe’s mission of “creating more light and goodness.”

In 2010 Campbell announced that she had embraced the Kabbalah movement and that it had helped her turn her life around and to control her notorious temper.

Abdul, who is Jewish, also honored Schneerson in a tweet to mark his 25th yartzheit, promoting his Shabbat candle campaign, which calls on all Jewish women and girls to light candles for the Jewish Sabbath.

“His teachings to better our world through unconditional love are more urgent now than ever!  Join me in his Shabbat Candle campaign, spreading light before sundown this evening,” she tweeted late on Friday afternoon.