50,000 flock to Lubavitcher Rebbe’s grave in New York to mark 25th anniversary of his death 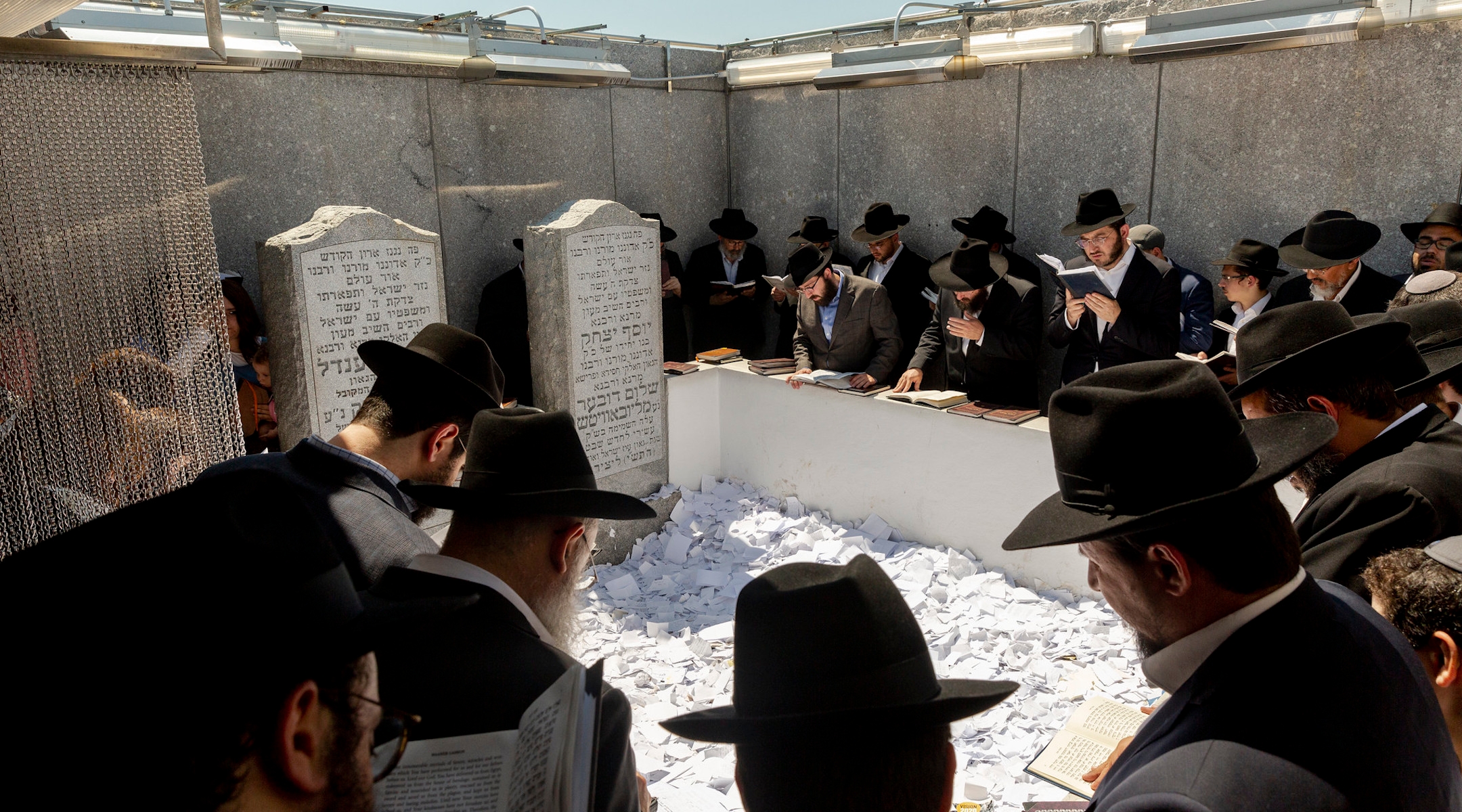 Thousands of Jews and visitors from around the world have visited the gravesite of the Rebbe, Menachem Mendel Schneerson, to commemorate the 25th anniversary of his passing, July 5, 2019. (Mark Abramson/Chabad.org)
Advertisement

(JTA) — An estimated 50,000 people have visited the resting place of the Lubavitcher Rebbe, Rabbi Menachem Schneerson, ahead of the 25th anniversary of his passing.

The pilgrimage to the burial site in Queens, New York, known as the Ohel has taken place over the past week ahead of the anniversary Saturday, the 3rd of Tamuz on the Hebrew calendar, according to a spokesman for the late rabbi’s Chabad-Lubavitch Hasidic movement. Schneerson headed the movement from 1950 until his passing in 1994 — a movement he had helped revive following its post-Holocaust re-establishment in New York.

Throughout the year, approximately 400,000 people visit the Cambria Heights site, many of them not Hasidim or even Jewish, the spokesman said.

In Britain, Chief Rabbi Ephraim Mirvis eulogized Schneerson as “one of the great rebuilders of Jewish life after the tragedy of the Shoah,” whose “teachings and insights remain as fresh and relevant today as they have ever been.”

Prime Minister Benjamin Netanyahu of Israel wrote on Twitter that Schneerson “changed the world and influenced me a lot. I’ll always remember him.”

Moshe Yaalon of Israel’s Blue and White opposition party in a tweet called the Rebbe “one of the greatest leaders of the Jewish people in our generation. He also said Schneerson’s “directive of ‘Ahavat Yisroel’ [love for fellow Jews] is more important today than ever.”