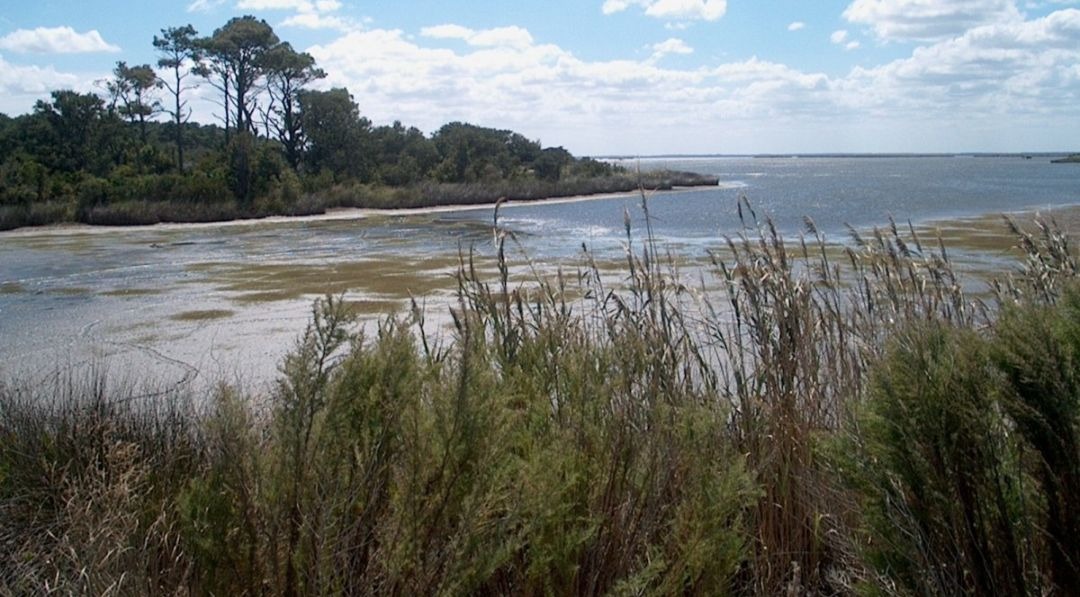 A view of the Back Bay at False Cape State Park in Virginia Beach, Va. (Wikimedia Commons)
Advertisement

(JTA) — The U.S. Coast Guard has called off the search for a rabbi who jumped into the ocean in a state park in Virginia Beach, Virginia, saving a student who was having trouble returning to shore.

The official search was called off mid-Wednesday, a full day after Reuven Bauman, 35, a teacher at Yeshiva Toras Chaim in Norfolk, jumped into water that was choppy with rip currents at False Cape State Park. The student, said to be 13 years old, and the 20 other students from the local yeshiva were said to be safe.

The Coast Guard had deployed crews from Elizabeth City, N.C. and Little Creek, Va. to search a total of 347 nautical miles, which is more than 450 square miles, according to Coast Guard Lt. Steve Arguelles. A number of other crews, including from the Virginia Beach police and fire departments and the National Parks Service, participated in the search on land, air and sea.

“It’s always a hard decision, and it’s not one we make lightly,” Arguelles told the Virginian-Pilot newspaper. In calling off the search, the Coast Guard considered the rough waters, the size of the area searched and the “likelihood of survivability,” Arguelles said. He added that Bauman “acted heroically.”

Meanwhile, dozens of volunteers from various organizations in New York, New Jersey and Baltimore, Maryland, joined the search in Virginia and reportedly will continue. Volunteers from organizations that include Achiezer, Hatzalah Air, Misaskim of Baltimore and Baltimore Shomrim have arrived with boats, Yeshiva World News reported. Others came with jet skis or are walking on the shorelines.

The rabbi, who is listed on the school’s website as teaching seventh- and eighth-grade secular studies teacher and third-grade Judaic studies, is the father of five children.

A local rabbi, Gavriel Rudin, told the CBS affiliate News 3 WTKR that volunteers would continue to search for Bauman.

“We know the chances are slim, but we have not given up and Jews throughout the world are hoping and praying for his safe return,” he told the news channel.

He said that in Judaism, finding the body and providing a proper burial are of “incredible importance.”

“I’m sure you know the family is really struggling now, and we want to bring them that closure and show Rabbi Bauman the proper respects if that’s what it comes to,” he said.